Turkish President Recep Tayyip Erdoğan has said that the country is launching a new mobilization in the areas of economy, judiciary and democracy, as he also commented on the changes in the economy management.

"We are launching a brand new mobilization in the economy, judiciary and democracy. We have re-formed economy management," Erdoğan told members of his ruling Justice and Development Party (AKP) on Nov. 14.

"We aim to rapidly implement the moves that would make us reach our goals and solve the current problems. Similarly, we are continuing the judicial reforms that we began last year in a way that would strengthen the economic confidence climate," he added.

Erdoğan's remarks came after major changes were carried out last week in the country's economy management.

On Nov. 7, Erdoğan appointed former minister Naci Ağbal as Central Bank governor in a surprise move. Further adding to the shock, Berat Albayrak, who is Erdoğan's son-in-law, resigned on Nov. 8 as treasury and finance minister, leaving his post to another ex-minister, Naci Ağbal.

In parliament this week Erdoğan promised an economic growth strategy based on stability, lower inflation and international investment, a marked shift in tone from the president who has frequently blamed foreigners for Turkey's economic problems.

That followed a series of talks he held last week with officials and bankers about the Turkish lira's tumble to record lows against the dollar despite $100 billion spent this year to curb its fall.

Erdoğan on Nov. 14 also commented on the increasing number of COVID-19 cases in the country, saying that he expects Turks to abide by the coronavirus measures.

Turkey reported a rise in the daily number of coronavirus-related deaths and new cases on Nov. 14 to levels last seen near the peak of the first wave of the pandemic in April.

The health ministry said 92 COVID-19 deaths and 3,116 new infections had been recorded in the last 24 hours, and Health Minister Fahrettin Koca stressed on Twitter the need to wear masks.

More than 11,418 people have now died in Turkey and the country has adopted some new restrictions to curb the spread of the virus.

Turkey's pandemic peaked in mid-April and infections were last at current levels later that month, when a nationwide partial lockdown was in place.

This month the government ordered all businesses to close by 10 p.m. and narrowed the hours when those aged 65 and older were allowed to leave home. 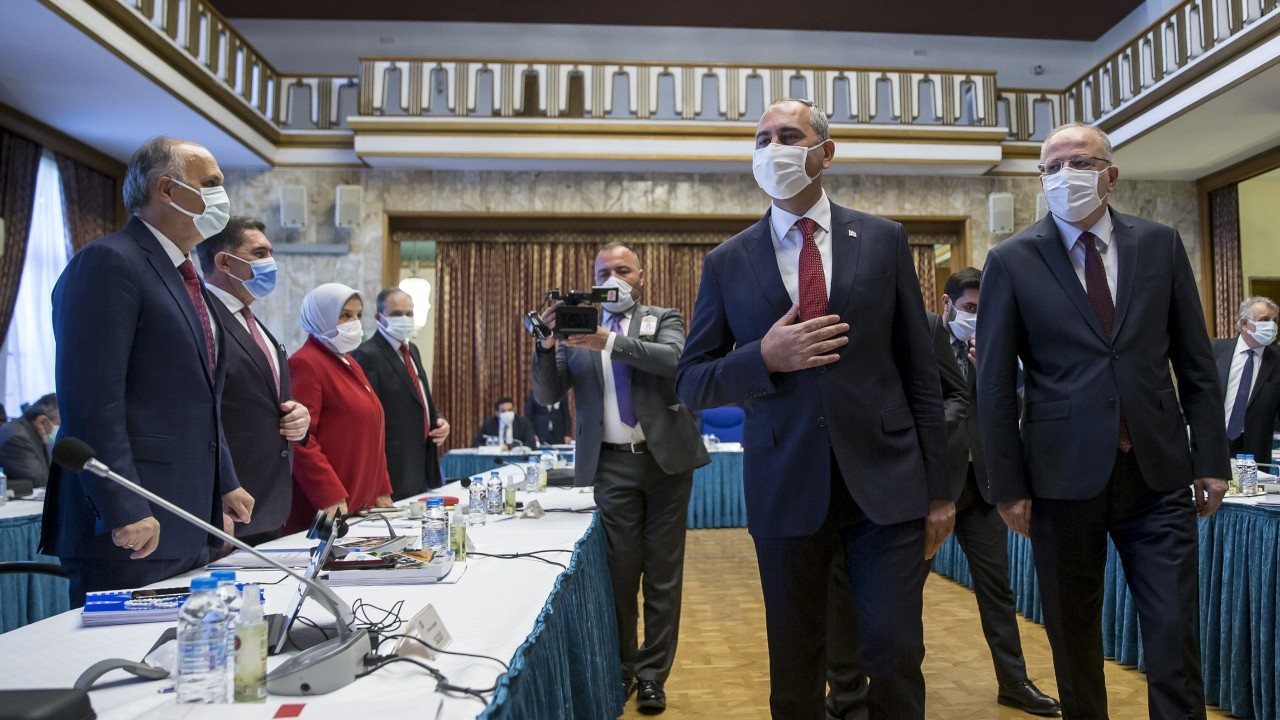