Ukrainian President Volodymyr Zelenskiy on Feb. 4 welcomed an offer from visiting Turkish President Recep Tayyip Erdoğan to mediate in Kyiv's standoff with Moscow, and Erdoğan promised to do whatever he could to end the crisis peacefully.

In a move likely to grate with Moscow, Zelenskiy also trumpeted a deal enabling Ukrainian factories to produce Turkish drones that have already been deployed in Ukraine's war against Russia-backed rebels in its eastern Donbass region.

Turkey and Ukraine, which are maritime Black Sea neighbours, signed a series of agreements including a free trade deal that Kyiv says will boost bilateral annual commerce to about $10 billion over five years from $7 billion now.

"I would like to thank President Erdoğan for his initiative to become a mediator between Ukraine and Russia on the way to ending the war," Zelenskiy said. The two presidents gave no details of their talks on Russia and took no questions.

Defence Minister Oleksii Reznikov told Reuters the drones deal created "favorable conditions for Turkish manufacturers to build a drone factory in Ukraine so that we can produce the entire line of drones and get their high technologies".

Russia has accused Kyiv of "destructive" behavior after its forces last October used a Bayraktar TB2 drone to strike a position controlled by Russian-backed separatists in eastern Ukraine.

Erdoğan is the latest leader of a NATO country to visit Kyiv after the premiers of the Netherlands, Poland and Britain, part of efforts to show Western solidarity with Ukraine as Russia masses more than 100,000 troops near their shared border.

Turkey has good ties with Kyiv and Moscow but has said it would do what is necessary as a NATO member if Russia invades. A Turkish official said Erdoğan was not picking any side.

"Our visit comes at a sensitive time. I want to state that we continue to support Ukraine's sovereignty and territorial integrity, including Crimea," Erdoğan said, referring to the region annexed by Russia in 2014.

Russia denies Western suggestions that it plans to invade Ukraine but it has demanded sweeping security guarantees including a ban on Ukraine ever joining NATO. It says it could take unspecified military measures if its demands are not met.

Turkish diplomatic sources have said Russia and Ukraine are both open to Ankara's offer of mediation. Turkey has opposed the sanctions threatened by other NATO members in the event of a Russian military incursion.

While forging cooperation on defence and energy, Turkey has opposed Moscow's policies in Syria and Libya, as well as the Crimea annexation. 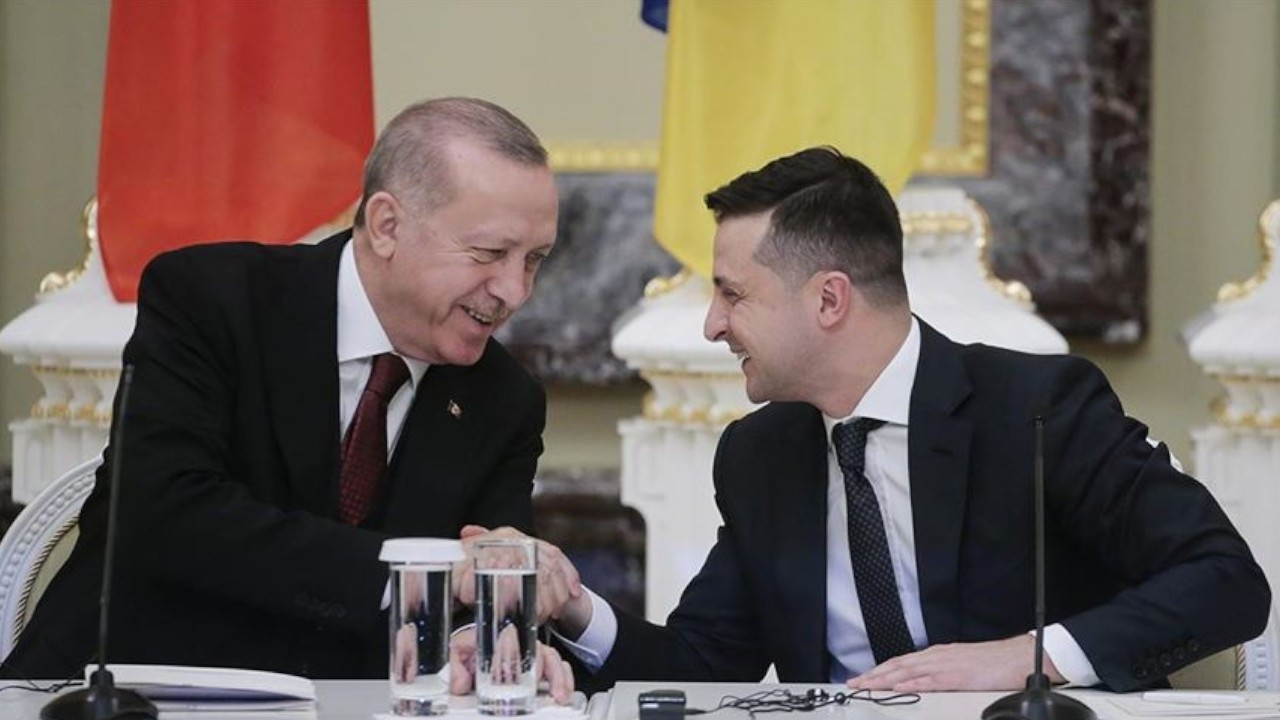 Turkey, Ukraine due to sign free trade accord as Erdoğan heads to KyivDiplomacy