Turkey on Aug. 15 urged its citizens in Afghanistan to contact the Turkish Embassy urgently if they want to leave the country, as the Taliban entered Kabul.

The Turkish Embassy in Kabul shared a tweet that included the number that needs to be called.

The embassy's call came amid the Taliban's rapid advance in Afghanistan. Turkish President Recep Tayyip Erdoğan said on Aug. 11 that he could meet with the leader of the Taliban as part of efforts to end the fighting in Afghanistan.

The militants entered Kabul on Aug. 15 as the United States evacuated diplomats from its embassy by helicopter and a government minister said power would be handed over to an interim administration.

A senior interior ministry official told Reuters the Taliban rebels were coming "from all sides" into the capital but gave no further details.

There were no reports of fighting. Taliban spokesman Zabihullah Mujahid said in a statement that the group was in talks with the government for a peaceful surrender of Kabul. 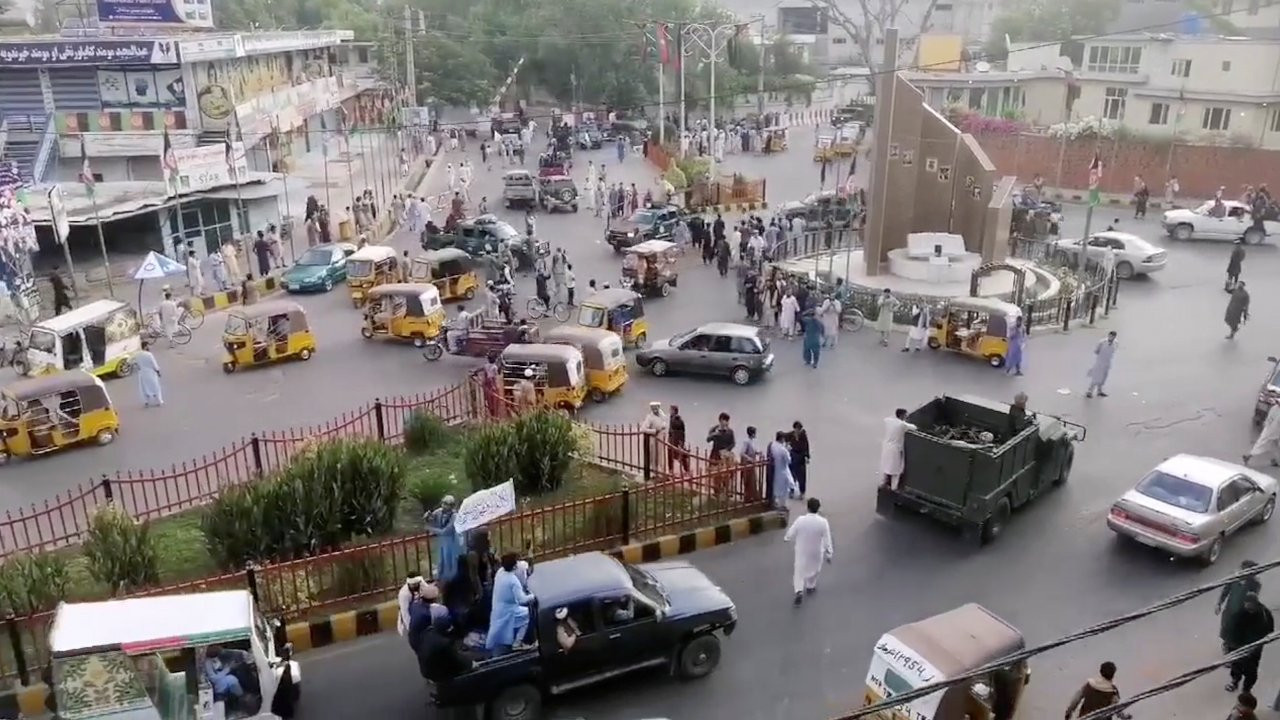 "Taliban fighters are to be on standby on all entrances of Kabul until a peaceful and satisfactory transfer of power is agreed," the statement said.

The entry into the capital caps a lightning advance by the Islamist militants, who were ousted from Kabul 20 years ago by the United States after the Sept. 11 attacks. The collapse of the Afghan government defence has stunned diplomats - just last week, a U.S. intelligence estimate said Kabul could hold out for at least three months.

There was no immediate word on the situation from President Ashraf Ghani. A palace official said he was in emergency talks with U.S. peace envoy Zalmay Khalilzad and top NATO officials.

Power would be handed over to a transitional administration, the government's acting interior minister, Abdul Sattar Mirzakawal, said in a tweet on the Tolo news channel. "There won't be an attack on the city, it is agreed that there will be a peaceful handover," he said without elaborating.

The head of the Taliban's political bureau, Mullah Abdul Ghani Baradar, is heading to Kabul from Doha, a Taliban source in the Qatari capital said.

A tweet from the Afghan presidential palace account said firing had been heard at a number of points around Kabul but that security forces, in coordination with international partners, had control of the city.

Many of Kabul's streets were choked by cars and people either trying to rush home or reach the airport, residents said.

"Some people have left their keys in the car and have started walking to the airport," one resident told Reuters by phone. Another said: "People are all going home in fear of fighting."

Afghans have fled the provinces to enter Kabul in recent days, fearing a return to hardline Islamist rule.

Early on Aug. 15, refugees from Taliban-controlled provinces were seen unloading belongings from taxis and families stood outside embassy gates, while the city's downtown was packed with people stocking up on supplies.

U.S. officials said diplomats were being ferried by helicopters to the airport from its embassy in the fortified Wazir Akbar Khan district. More American troops were being sent to help in the evacuations after the Taliban's surge brought the Islamist group to Kabul in a matter of days.

"Core" U.S. team members were working from the Kabul airport, a U.S. official said, while a NATO official said several EU staff had moved to a safer, undisclosed location in the capital.

Earlier on Aug. 15, the insurgents captured the eastern city of Jalalabad without a fight, giving them control of one of the main highways into landlocked Afghanistan. They also took over the nearby Torkham border post with Pakistan, leaving Kabul airport the only way out of Afghanistan that is still in government hands. 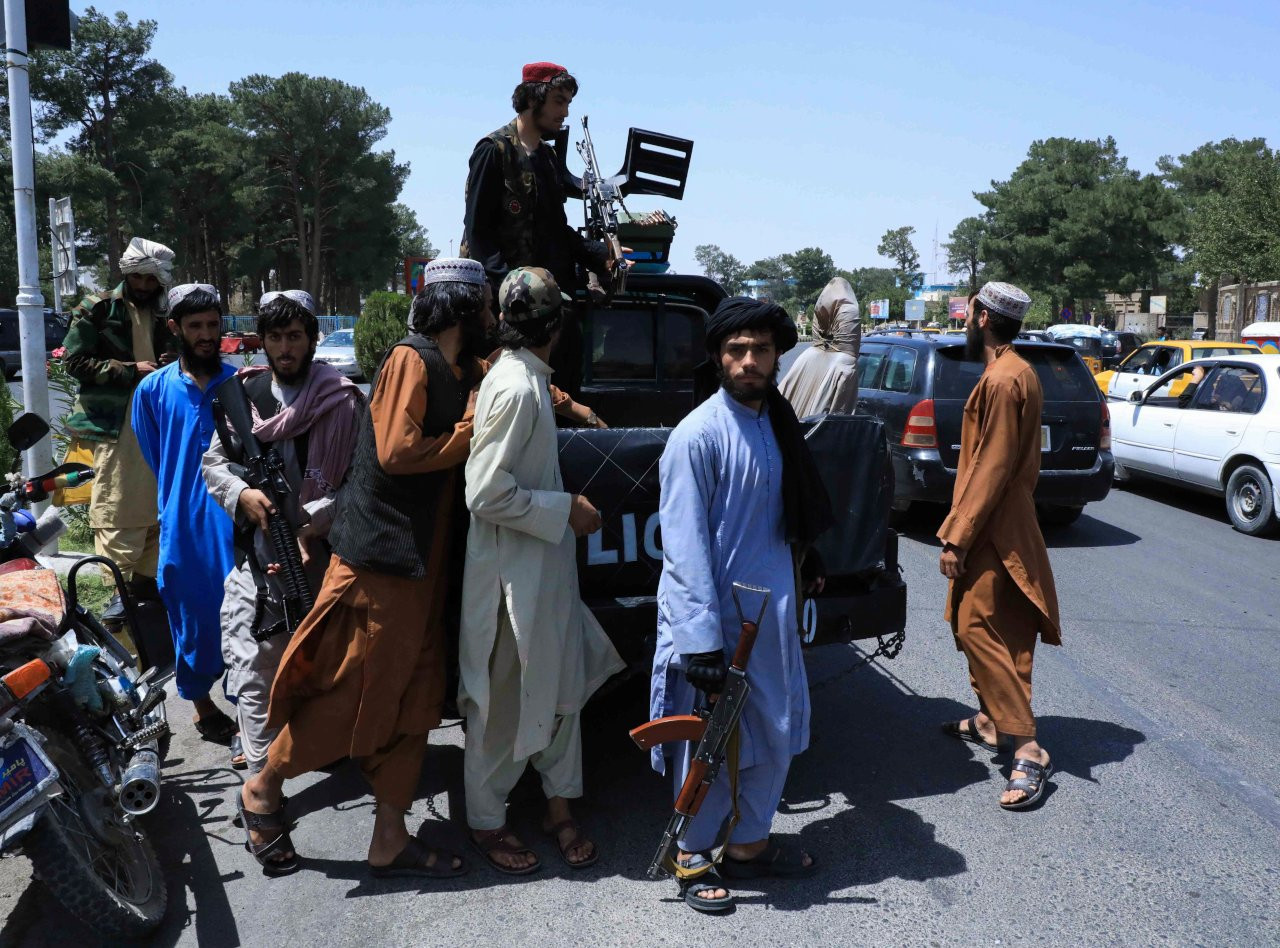 "There are no clashes taking place right now in Jalalabad because the governor has surrendered to the Taliban," a Jalalabad-based Afghan official told Reuters. "Allowing passage to the Taliban was the only way to save civilian lives."

A video clip distributed by the Taliban showed people cheering and shouting Allahu Akbar - God is greatest - as a convoy of pickup trucks entered Jalalabad with fighters brandishing machine guns and the white Taliban flag.

After U.S.-led forces withdrew the bulk of their remaining troops in the last month, the Taliban campaign accelerated as the Afghan military's defences appeared to collapse.

In a statement late on Aug. 14, the Taliban said its rapid gains showed it was popularly accepted by the Afghan people and reassured both Afghans and foreigners that they would be safe.

The Islamic Emirate, as the Taliban calls itself, "will, as always, protect their life, property and honour, and create a peaceful and secure environment for its beloved nation," it said, adding that diplomats and aid workers would also face no problems.

Biden said his administration had told Taliban officials in talks in Qatar that any action that put U.S. personnel at risk "will be met with a swift and strong U.S. military response."

He has faced rising domestic criticism as the Taliban have taken city after city far more quickly than predicted. The president has stuck to a plan, initiated by his Republican predecessor, Donald Trump, to end the U.S. military mission in Afghanistan by Aug. 31.

Biden said it is up to the Afghan military to hold its own territory. "An endless American presence in the middle of another country's civil conflict was not acceptable to me," Biden said on Aug. 14.

Qatar, which has been hosting so-far inconclusive peace talks between the Afghan government and the Taliban, said it had urged the insurgents to cease fire. Ghani has given no sign of responding to a Taliban demand that he resign as a condition for any ceasefire. 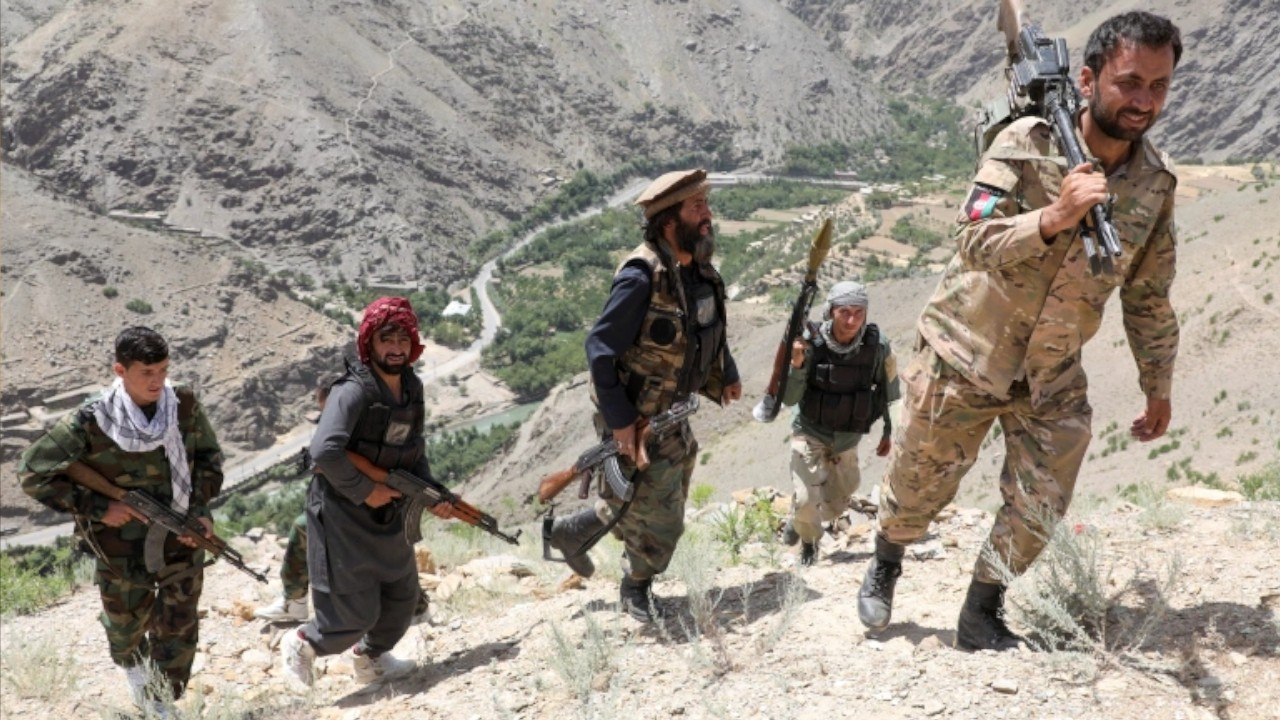 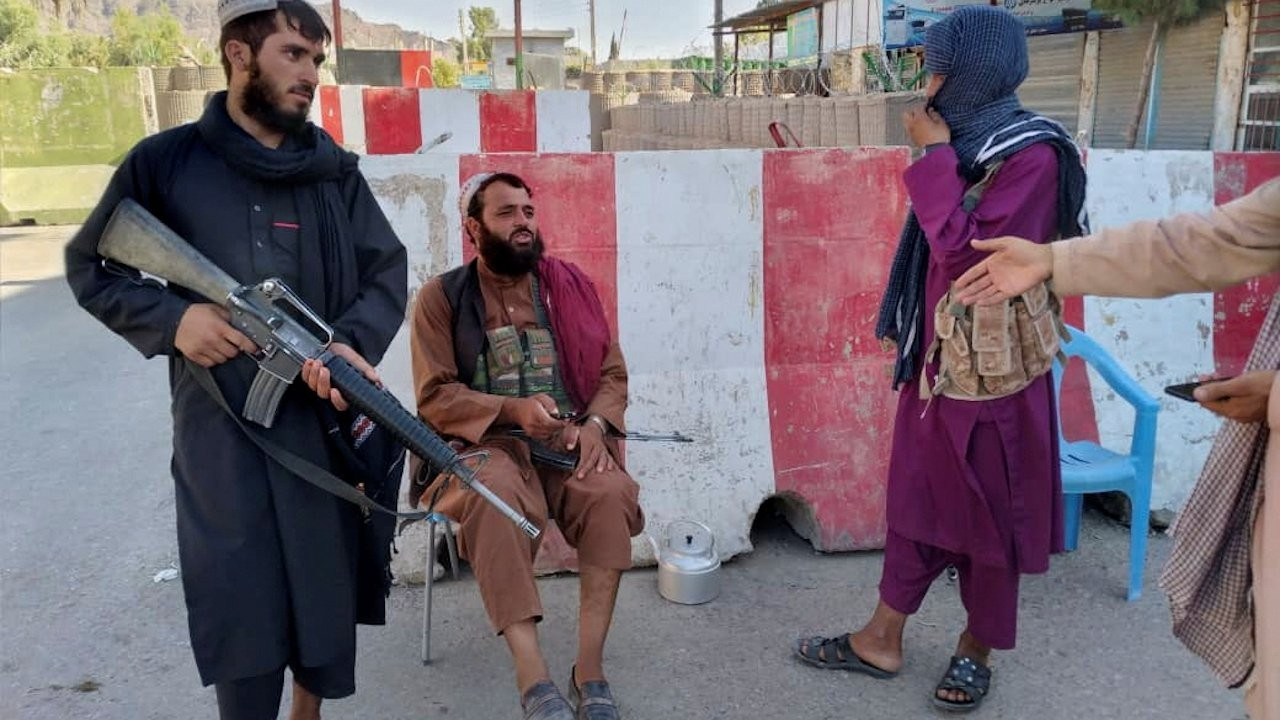 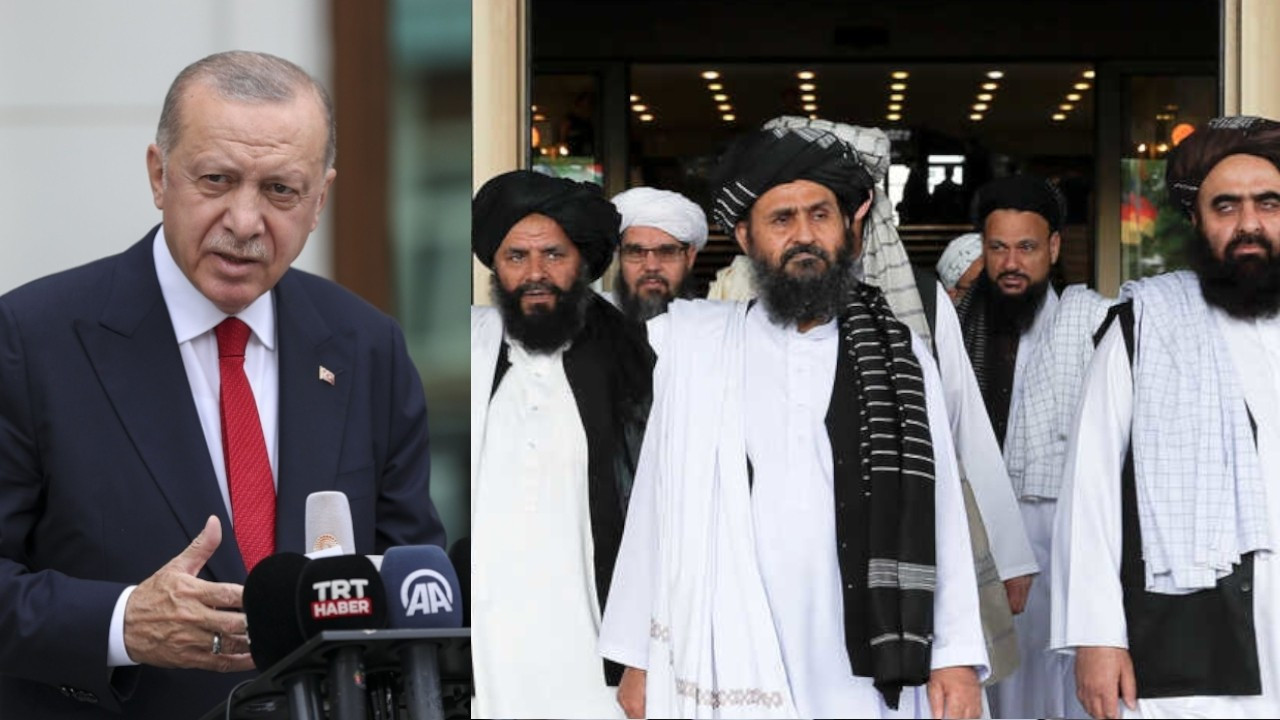 Erdoğan says he may host Taliban leader for talksDiplomacy 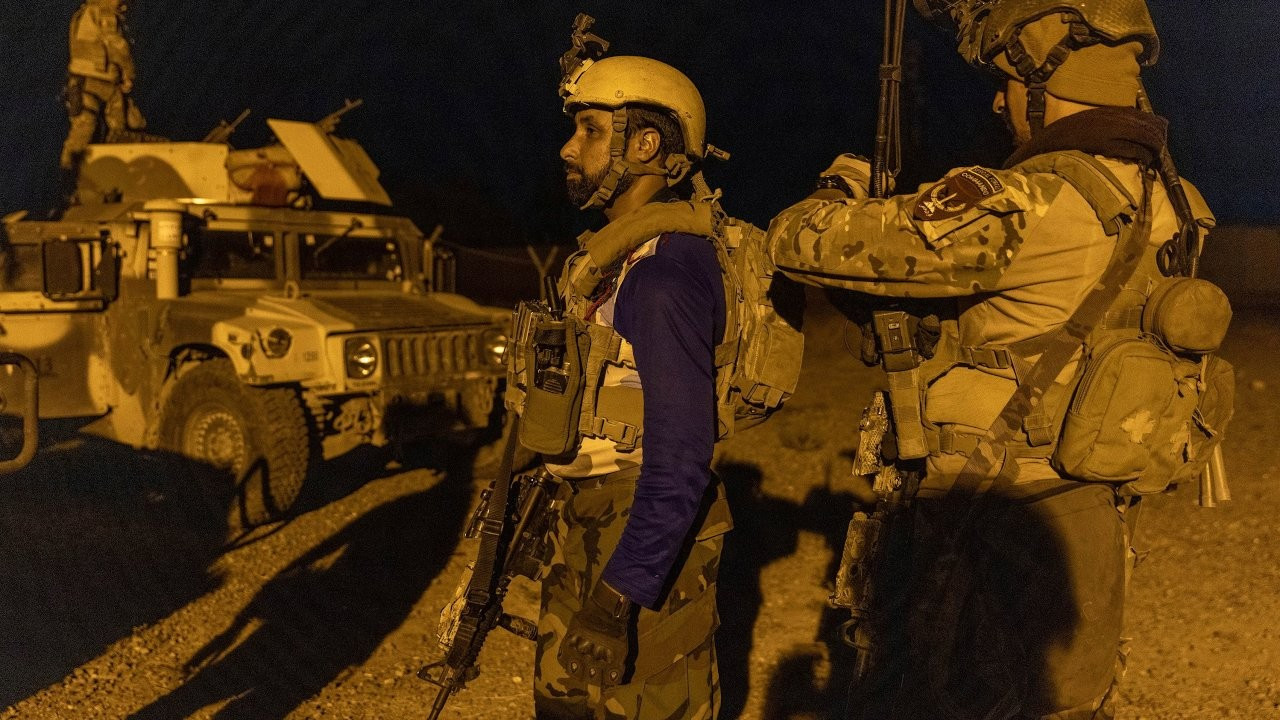