A new political party titled "Kurdish Democratic Party" (KDP) has been founded in Turkey. KDP chair Reşit Akıncı said that they have filed their application with the Interior Ministry.

Turkey's main opposition Republican People's Party (CHP) chair Kemal Kılıçdaroğlu has recently said that the KDP is an attempt of the government to “divide” the pro-Kurdish Peoples' Democratic Party (HDP). “The rulership is trying to found a second party and divide the HDP, since they could not lure the latter to their side,” Kılıçdaroğlu said on Dec. 4, during an interview with journalist Murat Sabuncu.

KDP chair Akıncı denied these rumors, saying: “These claims do not concern us. We have neither asked for support from the People's Alliance nor they have conveyed such a demand to us.” The People's Alliance is an electoral alliance established by the ruling Justice and Development Party (AKP) and Nationalist Movement Party (MHP) in 2018.

Akıncı said that they initially wanted to file an application with the Interior Ministry for the foundation of the party on Feb. 26. Since then, the ministry has been coming up with various “excuses” not to accept their application, citing the COVID-19 pandemic.

Asked if the Court of Cassation might create a problem with regards to the name of the party for its inclusion of the word “Kurdish,” Akıncı said: “If they do not approve of it, we will see how the lawsuit will proceed. They cannot close our party organizations, but they could file a lawsuit.”

Article 96 of the Law on Political Parties says: “It is prohibited to establish a political party under a name including the words communist, anarchist, fascist, theocratic, national socialist or any other words denoting a religion, language, race, sect or region or any other names having the same meaning, these words shall not be used in the title of the political party.”

Akıncı said that they will open a branch in the southeastern province of Diyarbakır on Dec. 14 and plans to open other branches soon. “Our organizations in Van, Tunceli and Adıyaman are ready. Before the new year starts, we will open these four branches and hold congresses,” he said. 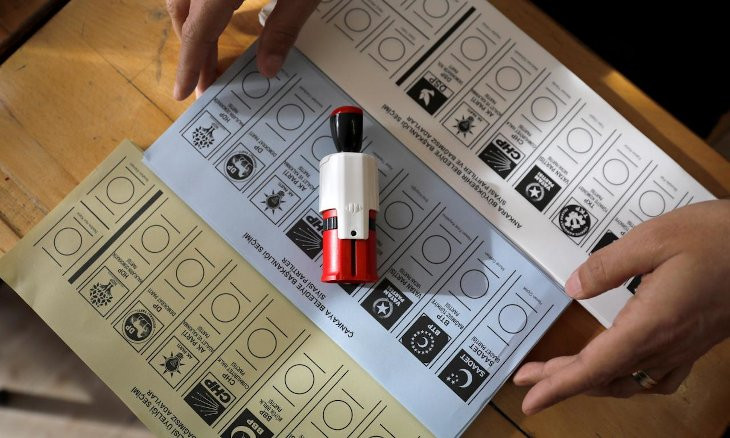