Set at the far western end of the Hollywood Hills, high above the Sunset Strip, the house is loaded with all the latest luxury tech and handcrafted bespoke finishes, everything from state-of-the-art home automation to a movie theater and even an atrium garden.

The house's original asking price was nearly $19 million, or more than $2,000 per square foot, and Koç purchased the property for $14.5 million. The discounted price appears to have been paid all in cash. 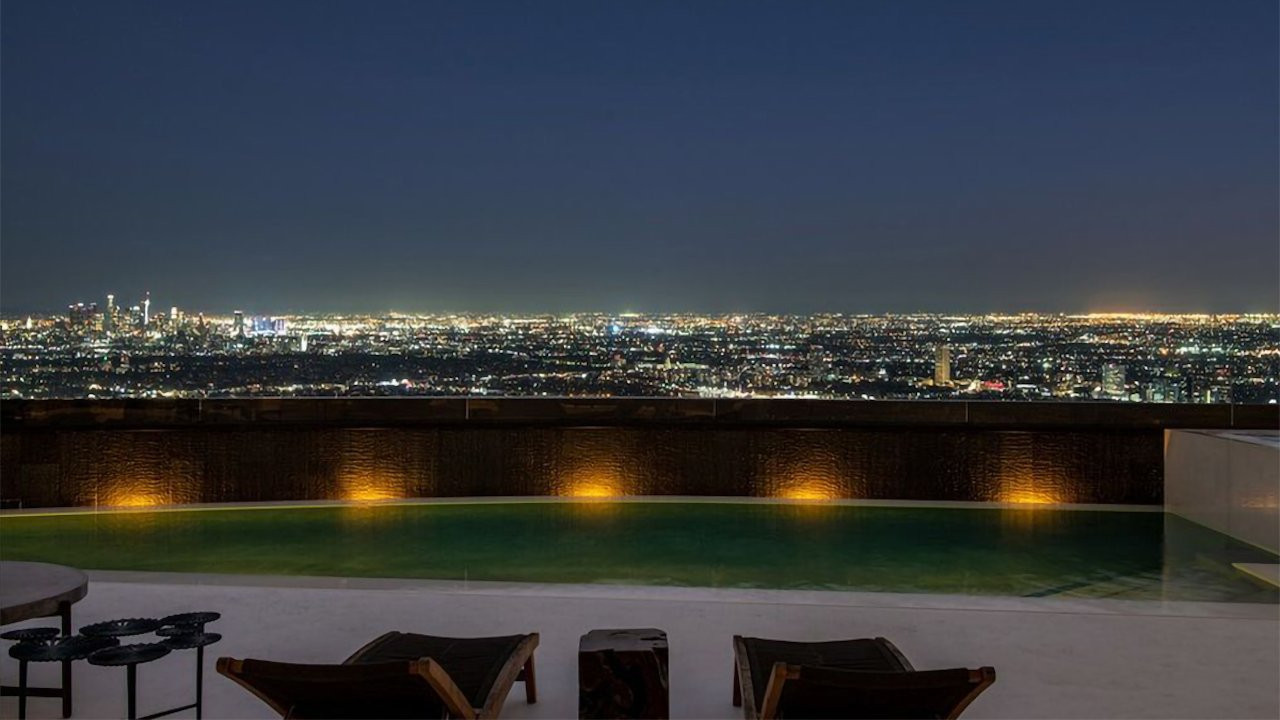 Spec-built by a group of developers on a .22-acre lot once owned by the late Harry Morton, the glassy mansion was completed in 2019, although it languished on the market for nearly a year and underwent a series of price cuts before finding a buyer. The multi-story house includes just under 9,000 square feet of living space, plus there’s a subterranean garage, with room for at least six cars, that spans an additional 1,240 square feet.

Inside, an open great room comprises a living area with a fireplace, a particularly snazzy, backlit wet bar, and a kitchen with all the designer stainless appliances and finishes expected in this price range. There’s also an open office that looks right through the great room, beyond the floor-to-ceiling glass sliding doors, to the pool area and view beyond. 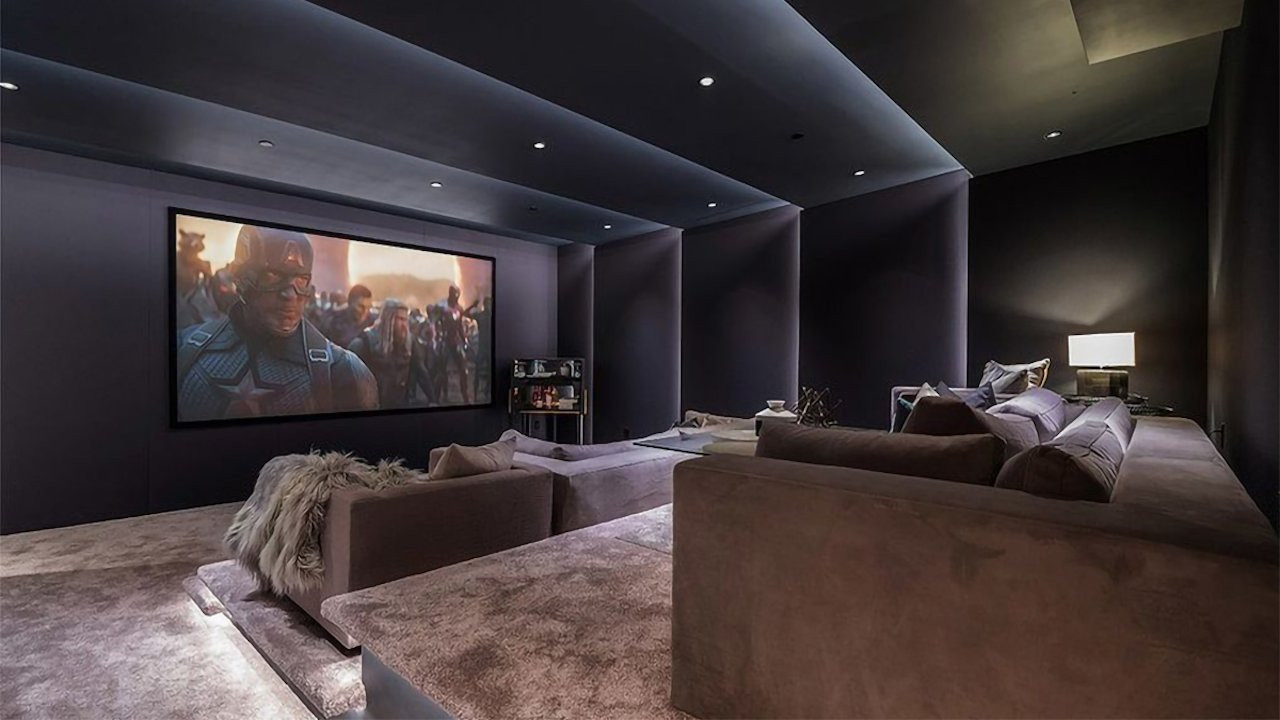 Also on the main level is the sumptuous master retreat, which includes a boutique-style closet and opens directly to the back patio, where there’s a slim plunge pool and a Baja sunbathing shelf bisected by a raised spa. 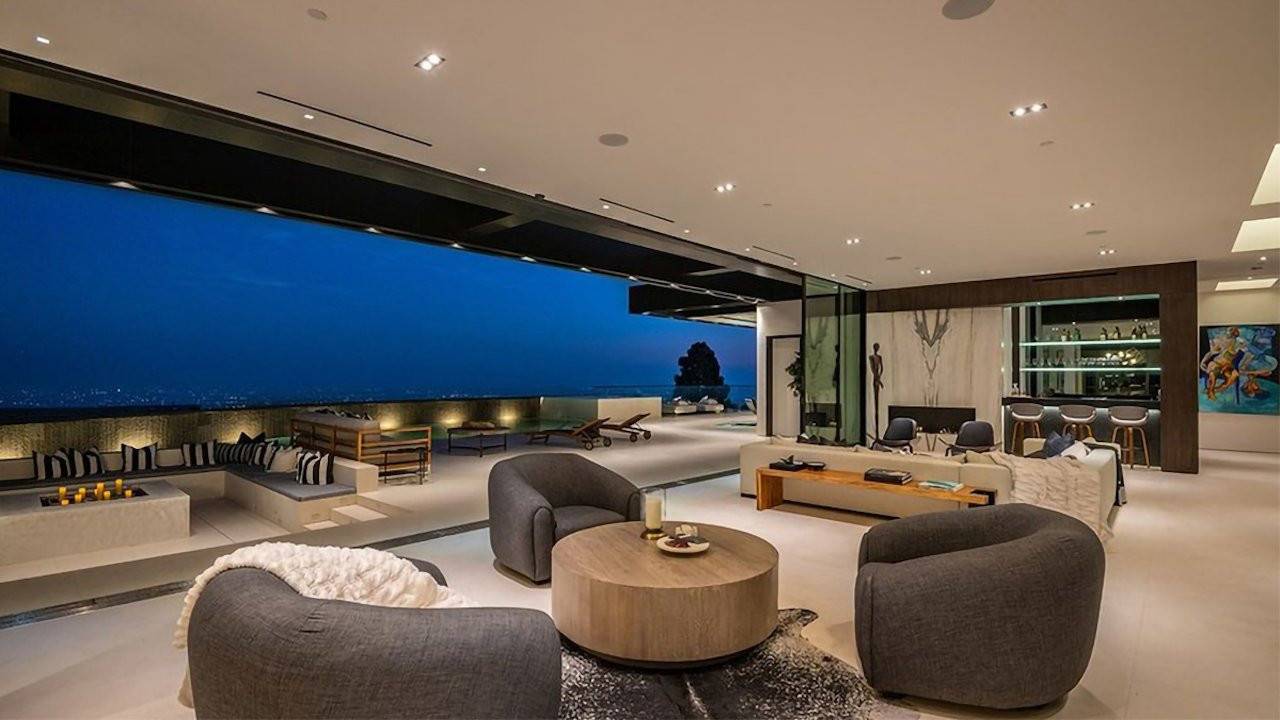 The downstairs is party-ready with a nightclub-style bar — complete with two mini-fridges, a dishwasher, and a wine rack — plus a carpeted movie theater and the four guest bedrooms, all of which feature ensuite baths. One of the bedrooms is more akin to a junior master suite, with its disappearing walls of glass and a wraparound, city-view balcony. 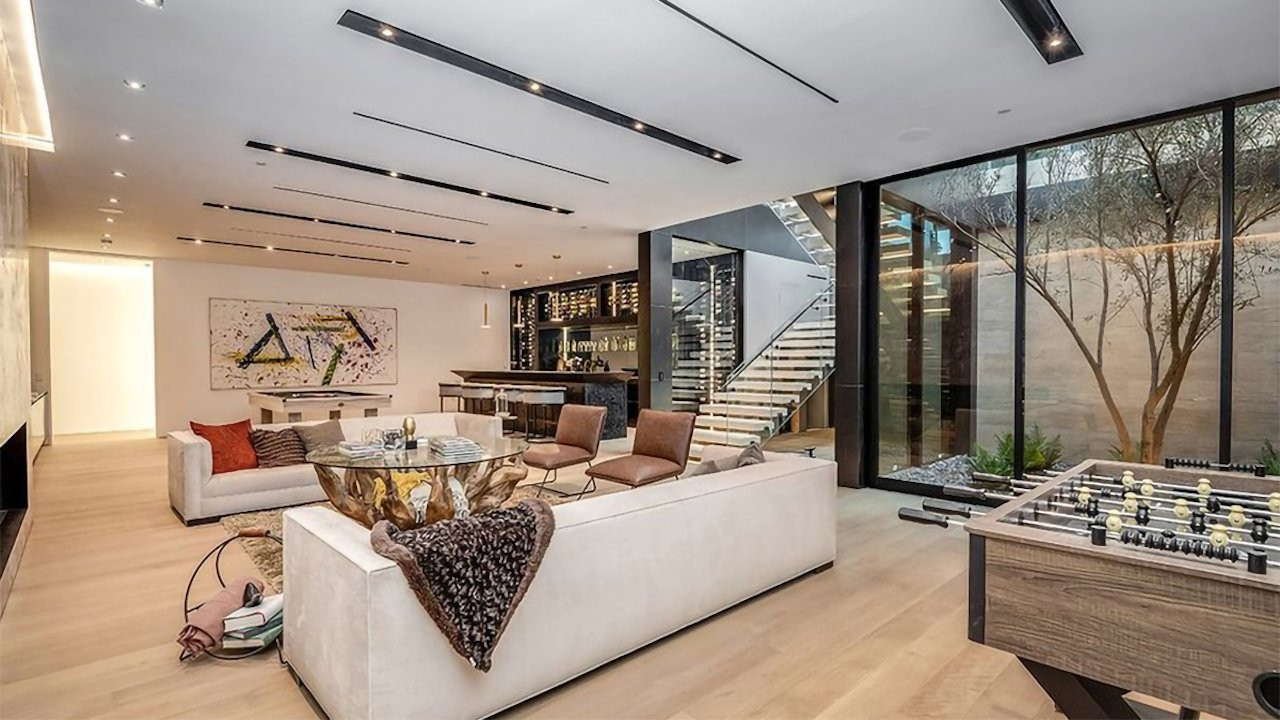 Koç, now in his 50s, is a grandson of Vehbi Koç, who founded the Koç Holding, Turkey’s largest conglomerate. Today, the giant holding company has its fingers in nearly every industry pie, from banking to shipping, and from energy to tourism.

Though born in Istanbul and educated at London’s prestigious Harrow School, Ali Koç graduated with a B.A. from Houston’s Rice University and later received a Harvard MBA. He has been serving as the chair of Fenerbahçe, Turkey’s largest sports club, since 2018. 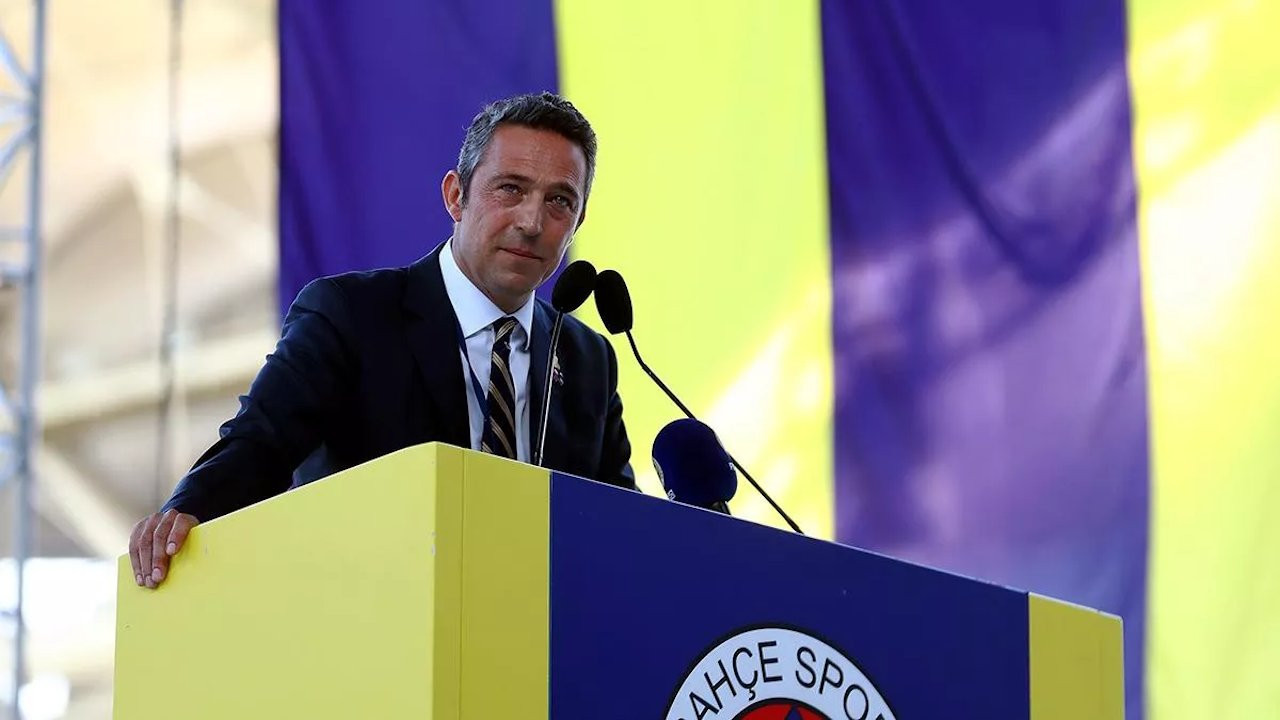