An Istanbul court on Dec. 14 sentenced Istanbul Mayor Ekrem İmamoğlu to two years and seven months in prison and imposed a political ban on him.

İmamoğlu, Istanbul’s mayor from the main opposition Republican People’s Party (CHP), was accused of insulting 11 members of Turkey's High Election Board (YSK) while talking about the board's decision to annul and rerun the March 31, 2019 Istanbul mayoral election.

The YSK did not recognize İmamoğlu's initial victory in the 2019 local elections and ordered a repeat vote in which İmamoğlu won again with a larger difference against his opponent AKP’s Binali Yıldırım.

Interior Minister Süleyman Soylu on Nov. 4, 2019 said that “The idiot who went to the European Parliament and complained about Turkey. This nation will make you pay for this," referring to İmamoğlu.

In response, İmamoğlu said that “Those who cancel the election on March 31 are idiots.”

Imamoğlu was tried for the alleged charge of “publicly insulting public officials working as a board due to their duties.” He rejected the claims, saying that his remark was against Soylu, not YSK members.

In addition to the prison sentence, the court ruled to apply the Article 53 of Turkish Penal Code which includes “deprivation of the exercise of certain rights,” meaning that a political ban will be imposed on İmamoğlu.

If the decision is finalized in the higher courts, then İmamoğlu will have to resign from the mayorship of Istanbul. Due to the majority of the ruling AKP members in the municipal assembly, the next mayor would be selected from the AKP. Moreover, İmamoğlu will not be allowed to run for an office.

Before the court’s decision, İmamoğlu called every Istanbulites to come to the municipality building to support him.

“Whatever the decision will be, I invite everyone to Saraçhane at 4 p.m. to show our joy and our will,” he said in a tweet.

In response, the opposition Good (İYİ) Party leader Meral Akşener said in a tweet that she is coming from Ankara to support İmamoğlu.

On the other hand, CHP leader Kemal Kılıçdaroğlu will return from his visit to Germany.

The decision also stirred a huge reaction on social media, with thousands of people as well as several politicians showing their support to İmamoğlu.

CHP Istanbul chair Canan Kaftancıoğlu said that she is going to the municipality’s building, adding that “Tyranny only increases faith and courage! You will not be able to defeat Ekrem İmamoğlu, whom you could not beat in the ballot box, with your tyranny!”

"The court's decision on Mr. İmamoğlu is political, not legal. Your era of eliminating the election results that reflect the will of the people with trustee and judicial coups and conspiracies will definitely come to an end. You will be defeated by the will of the people!" Peoples' Democratic Party (HDP) co-chair Pervin Buldan said in a tweet.

Erdoğan's former ally, former President Abdullah Gül said that "the court's decision is a great injustice not only against Ekrem İmamoğlu but also against Turkey. The will of the people is above all. I believe that the higher courts will correct this mistake."

Party of European Socialists also shared a message supporting İmamoğlu, and said "We stand in solidarity with @ekrem_imamoglu, Mayor of Istanbul, sentenced to more than 2 years in prison. This is yet another attack on democracy from President Erdogan, who will use any means to keep hold of power, including removing democratically elected reps who oppose him."

We stand in solidarity with @ekrem_imamoglu, Mayor of #Istanbul, sentenced to more than 2 years in prison.
This is yet another attack on democracy from President Erdogan, who will use any means to keep hold of power, including removing democratically elected reps who oppose him. pic.twitter.com/XriXH27BXr 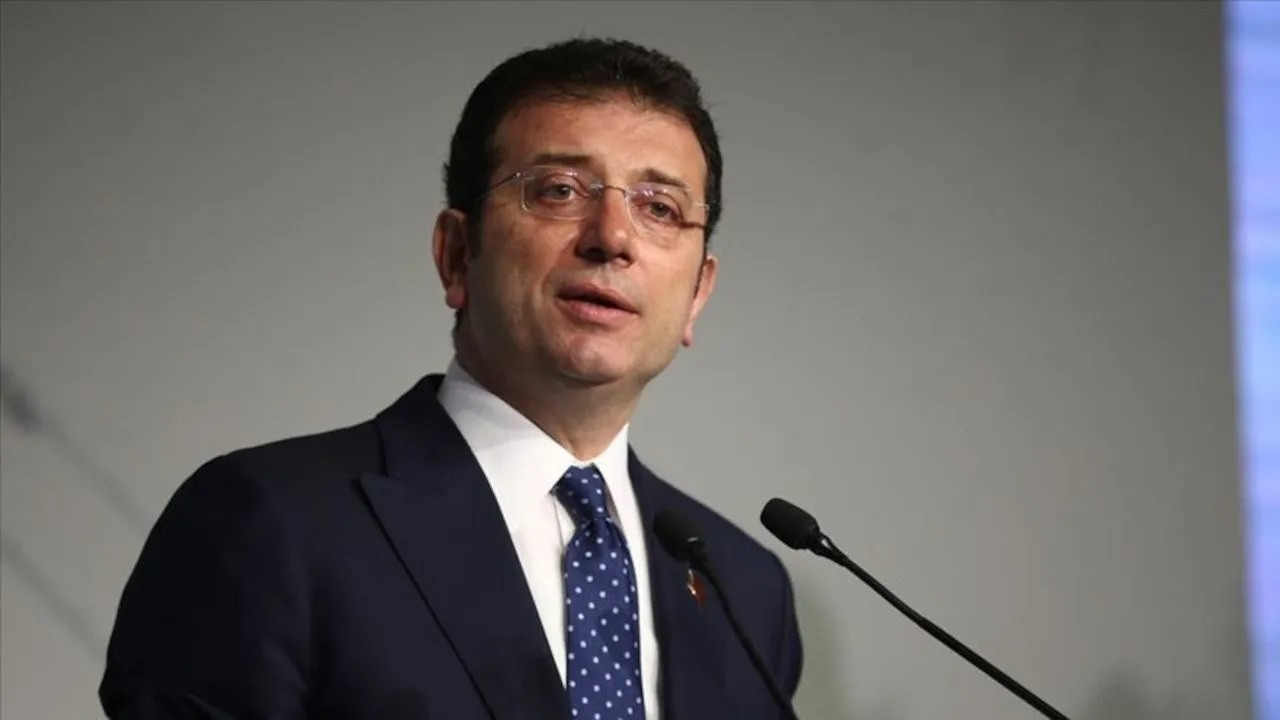