Turkish Foreign Minister Mevlüt Çavuşoğlu is not planning to hold a meeting with U.S. Secretary of State Michael R. Pompeo, who is due to visit Istanbul next week, because the latter refused to visit the Turkish capital Ankara, Middle East Eye said in a report on Nov. 11.

“Turkish officials made clear that Çavuşoğlu wouldn’t meet Pompeo unless he comes to Ankara for an official visit,”  Middle East Eye quoted a source as saying.

“Americans maintain that Pompeo’s agenda is too packed and he couldn’t make space for Ankara. They wanted to have a meeting [with Çavuşoğlu] in Istanbul, which isn't going to happen.”

A second individual familiar with the discussions told Middle East Eye that Pompeo had always preferred to meet with Çavuşoğlu on the margins of summits elsewhere.

“Naturally, Çavuşoğlu decided to snub him, since Pompeo will soon be leaving office anyway,” the individual reportedly said.

A Nov. 10 statement by the U.S. State Department said that Pompeo will travel to Istanbul to meet with Orthodox Patriarch Bartholomew I as part of his seven-nation tour that will take place between Nov. 13-23.

"Following Paris, Secretary Pompeo will travel to Istanbul, Turkey to meet with His All Holiness the Ecumenical Patriarch of Constantinople, Bartholomew I, to discuss religious issues in Turkey and the region and to promote our strong stance on religious freedom around the world," the State Department said.

Turkey in return lashed out at the statement for raising concerns "over religious issues." Turkish Foreign Ministry spokesman Hami Aksoy said in a statement on Nov. 11 that "the language employed in the press statement regarding the State Secretary’s visit is completely irrelevant."

"It would be more suitable for the US to first look in the mirror and show the requisite sensitivity towards human rights violations in the country such as racism, Islamophobia and hate crimes," Aksoy said.

Pompeo's skipping Ankara may be a sign of dissatisfaction about Turkey, say experts

Meanwhile, experts say Pompeo's decision not to pay an official visit to Ankara is "against diplomatic practices."

Tarık Oğuzlu, an international relations professor at Antalya Bilim University, told Turkey's state-run Anadolu Agency that the top U.S. diplomat's meeting with the Orthodox Patriarch but not with Turkish officials may be a sign of dissatisfaction about Turkey.

"It could also be translated as an expression of dissatisfaction by the US against Turkey's foreign policy. However, this behavior is not classy and polite at all, it is not courteous and it is against diplomatic practices," he said.

Mesut Hakkı Caşın, a professor of law at Yeditepe University in Istanbul, told Anadolu Agency that when considering the cooperation between leaders of Turkey and the U.S., Pompeo's move "harms Turkish-American relations."

Stressing that the incident is not in-line with diplomatic courtesy rules, Caşın said Turkey would welcome Pompeo as a hosting country but he will be treated in the same amount of respect under reciprocity.

"Putting the matter of religion into discussion harms Turkish-American relations, friendship [of the two countries], and NATO relations. As an academic, I regret it," he said. 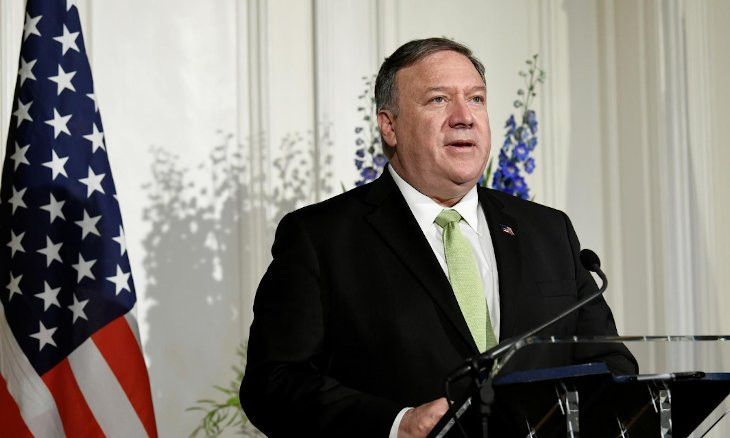 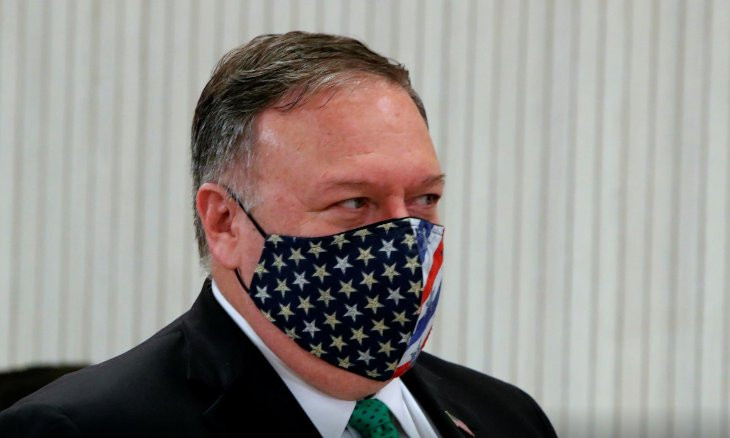