When the pandemic first hit Turkey, the government thought it would last only three months and that we would be well on our way back to normal by summer. They were sorely mistaken.

In the beginning, it was apparent that many countries would face a public health crisis followed by an economic crisis. However, the past year has brought us to the painful realization that the impact of the pandemic is wider and deeper than we ever could have guessed and that the effects will last years after the health crisis ends.

Since March 2020, TurkiyeRaporu.com has tracked public perceptions regarding different impacts of COVID-19. In our March 2020 survey, 49 percent of the participants stated that they found the government’s response adequate, while only 28 percent said the response was inadequate. Those days were characterized by a transparent and friendly Health Minister who would appear before the public on a daily basis to deliver statistics and updates on the state of the pandemic in Turkey. 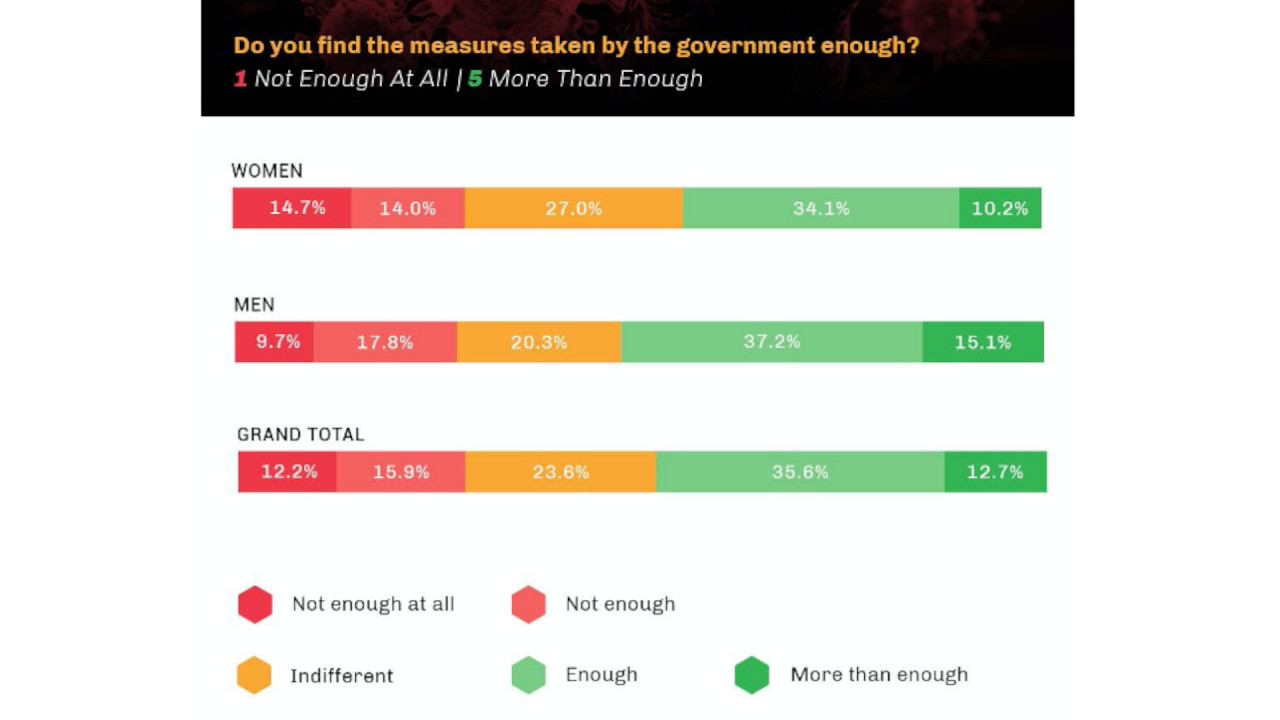 In October 2020, we went into further detail: We asked participants to evaluate the government's pandemic management performance in the fields of economy and health. While 60 percent of participants stated that the government was doing well in health, only 30 percent thought the same for the economy. 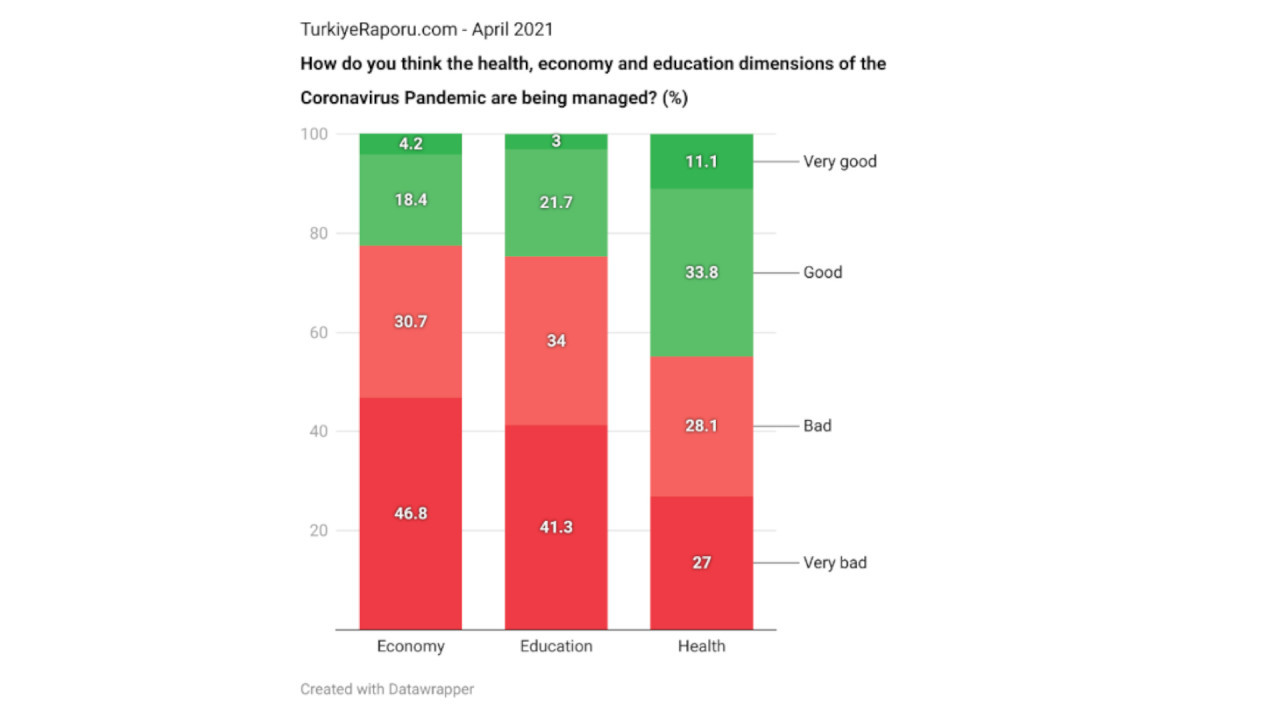 By April 2021, the picture was completely reversed. For this survey, we added education to the areas of government performance. The rate of those who thought that the government performed well in the field of education was 24 percent, while the same rate was 22 percent and 45 percent for the fields of economy and health, respectively.

There are a few reasons for this change of heart: At its core is a loss of confidence. First, it was the loss of trust for the numbers announced when the number of cases almost quadrupled overnight and the international community complained about the validity of the Turkish government’s numbers. Then came the restrictions on social life, which were flagrantly disobeyed by the rule makers without repercussion; AKP provincial meetings and national assemblies were particularly outrageous to society.

Finally, the abrupt announcement of the 21-day total lock, which came with no state support to ailing small businesses and a myriad of confusion regarding who was exempt was the last nail in the coffin. All this with on the backdrop of little to no vaccines. Many started to feel unattended and left behind. Thus, this will take a toll on the government.

COVID-19 is a global phenomenon that challenged even the most privileged among us. However, as things stand currently, Turkey could have done a much better job given its resources. The biggest challenge which remains is vaccination. Turkey’s supply has been interrupted and the vaccination schedule keeps getting postponed. It was recently announced that Turkey agreed with Russia on a delivery of Sputnik vaccine as well as an additional 30 million doses of BioNTech to arrive in June. We will have to wait and see if this comes to fruition.

Unfortunately, the impact of the pandemic will extend far beyond the snuffing out of the last case. Turkey is no where near discussing policy responses to the aftermath of the pandemic. Given the acuteness of the problems at hand and the increasing domestic political turbulence, Turkey’s government lacks the bandwidth to develop a policy response to post-pandemic aftershocks.