Turkish Health Minister Fahrettin Koca has called for the suspension from duty of an imam who last week targeted doctors and incited violence against them during a sermon.

He said that his ministry might get involved and also file a criminal complaint against the imam in question should they have doubts with regards to the judiciary proceedings.

In an interview with Habertürk journalist Fatih Altaylı, Koca said that as soon as he heard about the incident, he called Diyanet head Ali Erbaş. “He was at Hajj. I called him despite that. And what is more, I have called him twice. He said that he would immediately assign an inspector and send him to Konya. Later I called the Konya governor. He also said that an internal investigation would be launched,” Koca said.

“I think that he [imam] should be immediately suspended from duty pending the investigation. I will evaluate the issue of the Health Ministry filing a criminal complaint depending on the course of events. So, if we have doubts as to what is necessary being done, we will also step in,” Koca further said.

During a Friday sermon on July 8, an imam in the Central Anatolian province of Konya called for violence against doctors in the face of a healthcare strike earlier in the week.

“They have turned the killing of doctor against the state, nation. Yesterday, none of the hospitals were on duty. For example, you went to the hospital for your son to get an injection; otherwise, he will die. But the doctor tells you to go away since they are on a strike. Would you not kill him, beat him, swear at him? Let's not give an opportunity to this. Let everyone be wise,” the imam named Ahmet Gür said.

Shortly afterwards, the imam's video appeared on social media, prompting Religious Affairs Directorate (Diyanet) to file an investigation against him. Diyanet said in a statement on July 8 that one of its inspectors had been sent to Konya to look into the incident.

The Konya Chief Public Prosecutor's Office similarly launched an investigation, saying that the public will be notified with regards to the process.

On July 7 and 8, doctors across Turkey went on a strike to protest the murder of cardiologist Ekrem Karakaya by a patient in Konya. The healthcare workers called on the government to tackle the growing violence against them. 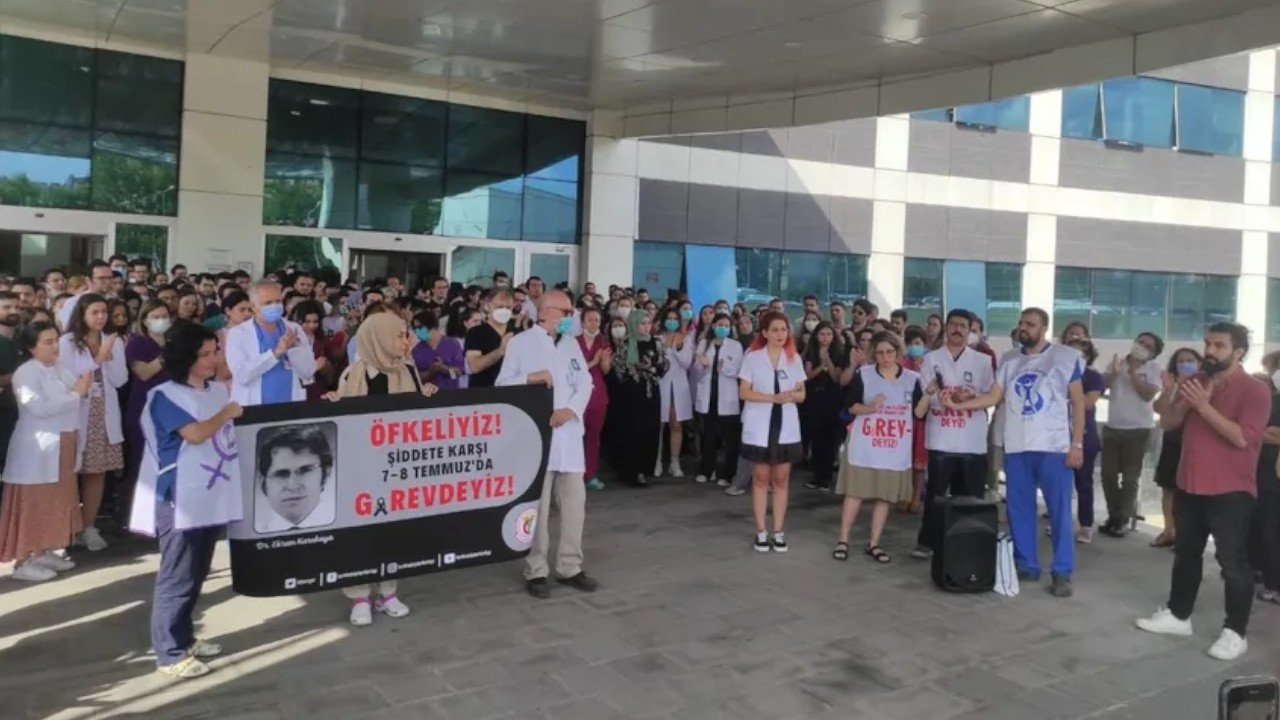