Turkish media workers on June 29 held demonstrations in Istanbul, Ankara and the Aegean province of İzmir in protest of the pressure on free speech and journalism.

The protests were in response to the brutal police violence against Agence France-Presse (AFP) photojournalist Bülent Kılıç as he was covering the Pride March in Istanbul on June 26.

The media workers gathered in front of the governor's offices where they made statements.

"We can't breathe, journalism cannot suffocate!” placards raised up while other journalists were seen holding "Free press, free country" banners as they protested the police violence.

The protest in Istanbul also saw the attendance of Kılıç, who has filed a criminal complaint against police officers that pressed knees on his back and his throat on June 26.

“The police officer who has pressed on my neck is still on duty. Which one of us [journalists] is feeling safe? There is nothing worse than a person being left breathless. As a journalist, unfortunately, I had a first-hand experience of this. The images were so severe that people gave such a rection,” he said.

Afterwards, a joint press statement was read out loud simultaneously in the three provinces.

The statement titled “You cannot suffocate the breath of the press” condemned the police brutality against journalists.

"Public officials who imposing violence on journalists are committing a crime. We need to say 'stop' to this court of events. It is a public duty of journalists to follow citizens who go outside in demand of their rights and to turn this to news," the press statement said.

The press statement further noted that Kılıç's detention was the latest example of brutal police violence imposed on journalists. “The police who prevented Kılıç from doing his job in an unjust and unlawful way, have displayed an act of violence that could have caused our colleague's death by pressing on his neck with knees,” the statement said.

Following the statement, the journalists hung their cameras on the iron fences of the Istanbul Governor's Office complex in protest.

Meanwhile, the Journalists' Union of Turkey (TGS) said they had been informed by Istanbul Gov. Ali Yerlikaya that an administrative investigation was launched into police officers who attacked Kılıç.

“Although we find this as a positive step, we have told him [Yerlikaya] that we expect deterrent punishments and will be following this [legal] process. End to impunity!” said the TGS on its Twitter account, along with hashtag of #nefesalamıyoruz (“we can’t breathe”). 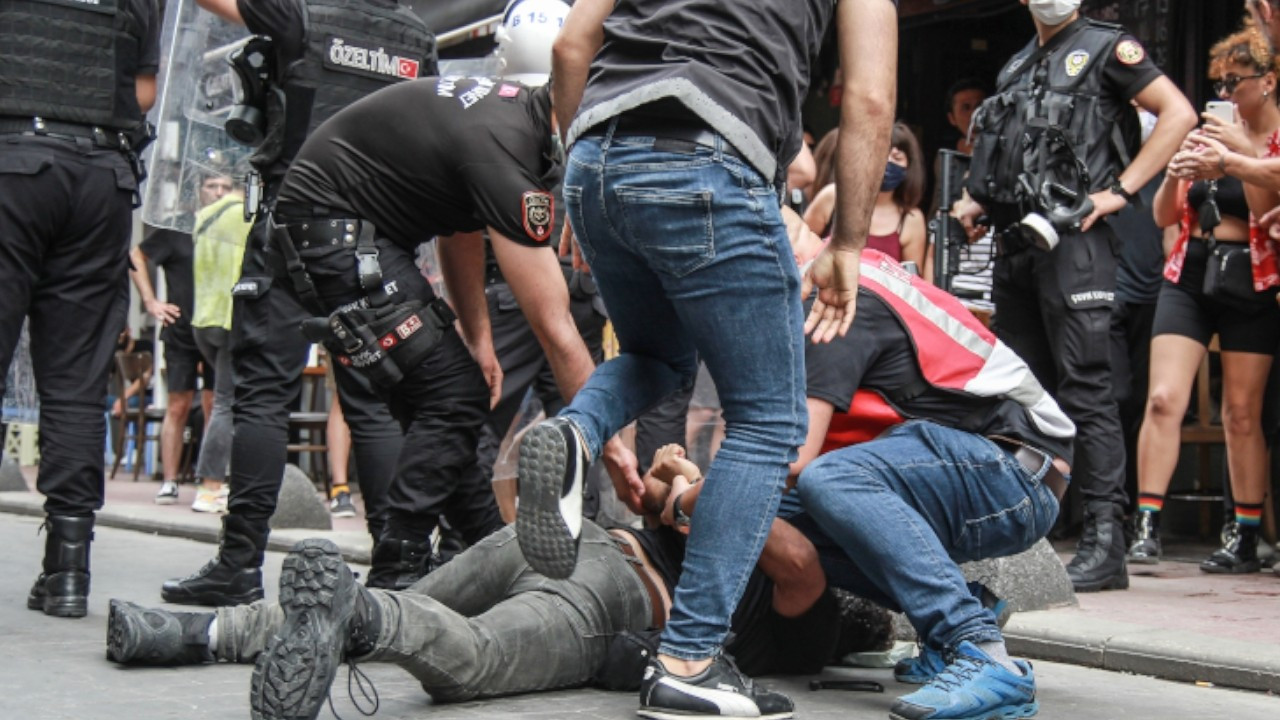