Turkish opposition politicians and leading MEPs on EU-Turkey relations have slammed the move to strip Peoples' Democratic Party (HDP) Ömer Faruk Gergerlioğlu of his parliamentary status, saying the move violates the requirements of a democratic society.

The Turkish parliament on March 17 stripped Gergerlioğlu of his parliamentary status. The move came after the appeals court upheld his conviction over “spreading terrorism propaganda.” The prominent human rights defender was found guilty for sharing on Twitter a link to a news article published in online news portal T24.

"The developments once again have shown that there is no democracy in the country," Kılıçdaroğlu reportedly said.

CHP group deputy chair Engin Özkoç deemed the expulsion of Gergerlioğlu from parliament “unlawful,” saying: “We have seen this play before.”

CHP group deputy chair Özgür Özel said that he finds it unacceptable for the government to turn the parliament into an “instrument” to carry out its political agenda.

“The Turkish parliament speaker's office reiterates the mistake it has made in the decision of Enis Berberoğlu,” Özel said, in reference to the stripping of CHP MP Berberoğlu's parliamentary status last year after a conviction.

Meanwhile, CHP MPs İbrahim Kaboğlu ve Süleyman Bülbül voiced solidarity with protesting HDP lawmakers in parliament after the latter launched a sit-in demonstration in the assembly hall. Kaboğlu and Bülbül sat at the seats allocated for HDP lawmakers in a show of support.

Former Prime Minister and Future Party chair Ahmet Davutoğlu said that the closure of parties and stripping MPs of their status “would damage social peace” and that his party will “defend democracy and politics until the end.”

“Those who put 2053 objective, those who speak of a new Constitution want to pull Turkey into the vortex of 1990s,” Davutoğlu tweeted, in a reference to Turkish President Recep Tayyip Erdoğan's vision of 2053 for the country as well as his call to draft a new Constitution.

Future Party spokesperson Serkan Özcan said that although the ruling Justice and Development Party (AKP) boasts about promised reforms, it locks up a lawmaker for just retweeting a news link.

Former Deputy Prime Minister and Democracy and Progress Party (DEVA) leader Ali Babacan said that the stripping of MPs of their status is “against the requirements of democratic social order.”

“Parliament is the roof where different opinions are expressed and negotiated under the framework of lawmakers' immunities,” Babacan tweeted.

The HDP issued a statement saying that Babacan had called HDP co-chair Mithat Sancar and strongly condemned the move against Gergerlioğlu. “Our friend, deputy Mustafa Yeneroğlu is in parliament and we also stand by you. We strongly condemn this unjust decision,” Babacan reportedly told Sancar.

Meanwhile, Yeneroğlu also released a statement on Twitter saying the expulsion of Gergerlioğlu from parliament was against the Constitution and parliament “had unfortunately taken a part in this unlawfulness.”

“This stance is disrespectful against the national will. The Constitutional Court must end this unlawfulness as soon as possible,” he said.

Felicity Party spokesperson Birol Aydın said that the stripping of Gergerlioğlu of his parliamentary status will “leave a black mark on our political history.”

“This decision is the manifestation of an understanding which wants to push legitimate political area to other grounds in a stubborn and insistent way. We do not approve of this decision which weakens the Turkish parliament, completely disregards national sovereignty and the rule of law,” Aydın tweeted.

The European Parliament Standing Rapporteur for Turkey Nacho Sánchez Amor and the Chair of the Delegation to the EU-Turkey Joint Parliamentary Committee Sergey Lagodinsky have also issued a statement in reaction to Gergeroğlu's expulsion from the parliament.

"His case is another crude example of the dire situation of freedom of speech in the country, the abuse of anti-terror measures to silence any critical voice and the particular crackdown on opposition, especially the HDP party, in an attempt to limit pluralism and political debate," the leading MEPs said in their statement.

They said the fact that the move against Gerlioğlu came only two weeks after Erdoğan presented a new Human Rights Action Plan "is a painful 'reality check.'"

"Actions speak louder than words, and in this case, they speak particularly louder than any promise of legal reforms and any speech towards the EU full of good intentions," they said.

Another MEP, former Turkey rapporteur of the European Parliament Kati Piri, described the move against Gergerlioğlu as "illegal, immoral and a cowardly act."

Stripping him of his parliamentary immunity was illegal, immoral and a cowardly act.

The HDP was the third-largest party in parliament after the June 24, 2018 elections with 67 seats. Erkan Baş and Barış Atay resigned from the party and joined the Workers' Party (TİP), Selçuk Mızraklı, Ayhan Bilgen and Bedia Özgökçe were elected mayors in the March 31, 2019 local elections, Leyla Güven and Musa Farisoğulları were stripped of their statuses as members of parliament, Tuma Çelik was expelled, Mensur Işık was dismissed and Ahmet Şık resigned. 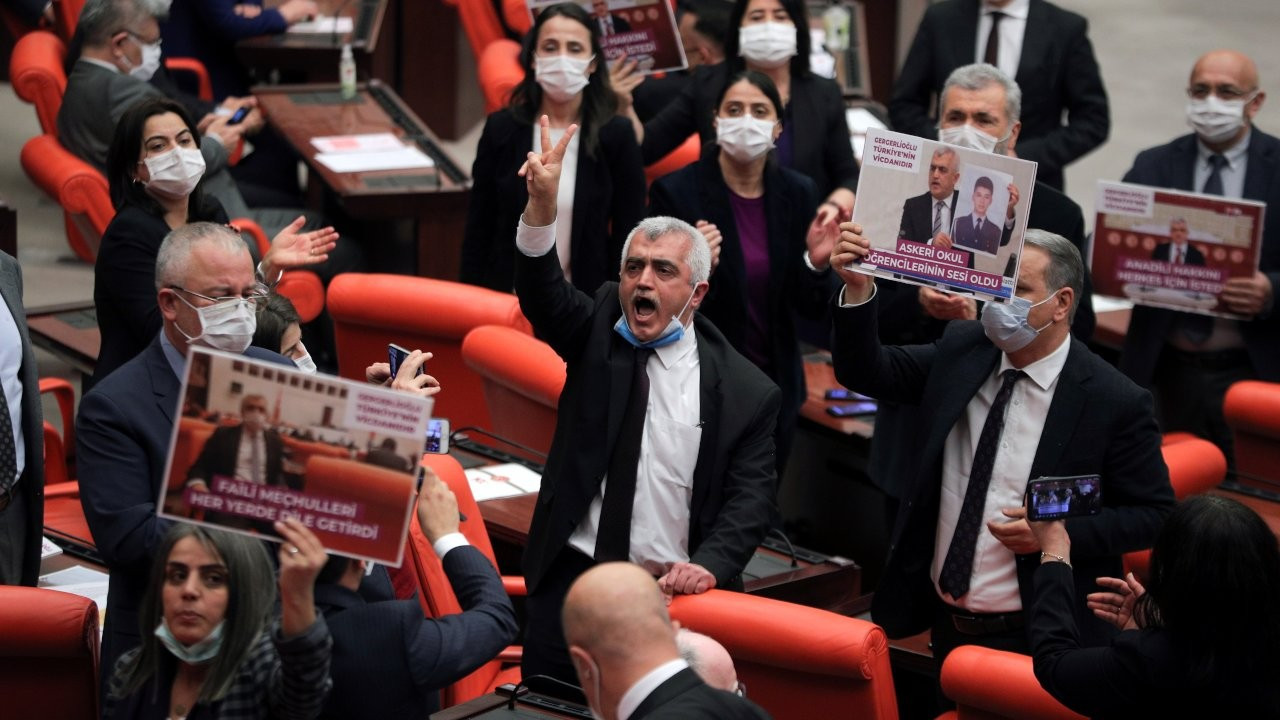