Ankara police have attacked and detained a group of women who wanted to read out a press release in protest of President Recep Tayyip Erdoğan's initiative for a first all women’s university in the country.

The incident happened at the capital's famous Kuğulu Park in the Çankaya district on Feb. 16. Several women activists gathered at the park with the slogan of “We do not want a women's university.” However, they faced violence from the police who teared up the activists' banners.

University Women's Collective released a statement on its social media account demanding the immediate release of the detainees. “There is also a friend of ours who is from Boğaziçi University among the detainees. You will neither be able to silence Boğaziçi resistance nor women. We neither want trustee rector nor women's university,” the collective said, referring to Erdoğan's appointment of a political party member as a rector to Boğaziçi University.

The collective later announced that all the women who had been detained were released.

Various women organizations had initiated a social media campaign on Jan. 16, after Erdoğan's project for a first all women's university became official and found its place in the “2021 Presidential Annual Program.”

“Another misogyny from the AKP [ruling Justice and Development Party]...We do not accept women's universities which isolate women from society, subordinate them and attempt to make them obedient. As was the case until today, we will continue to struggle together against the attacks of the AKP targeting our rights and lives,” the women organizations had said in their January statement.

Erdogan initially encountered the concept of women's universities during a visit to Japan for the G-20 summit in 2019. During a speech in Osaka, he said the 80 women's universities in Japan were "a very important thing," and that he could imagine introducing something similar in Turkey.

Although the idea has been greeted with outrage, especially among women's rights activists, Erdoğan moved on with the project. 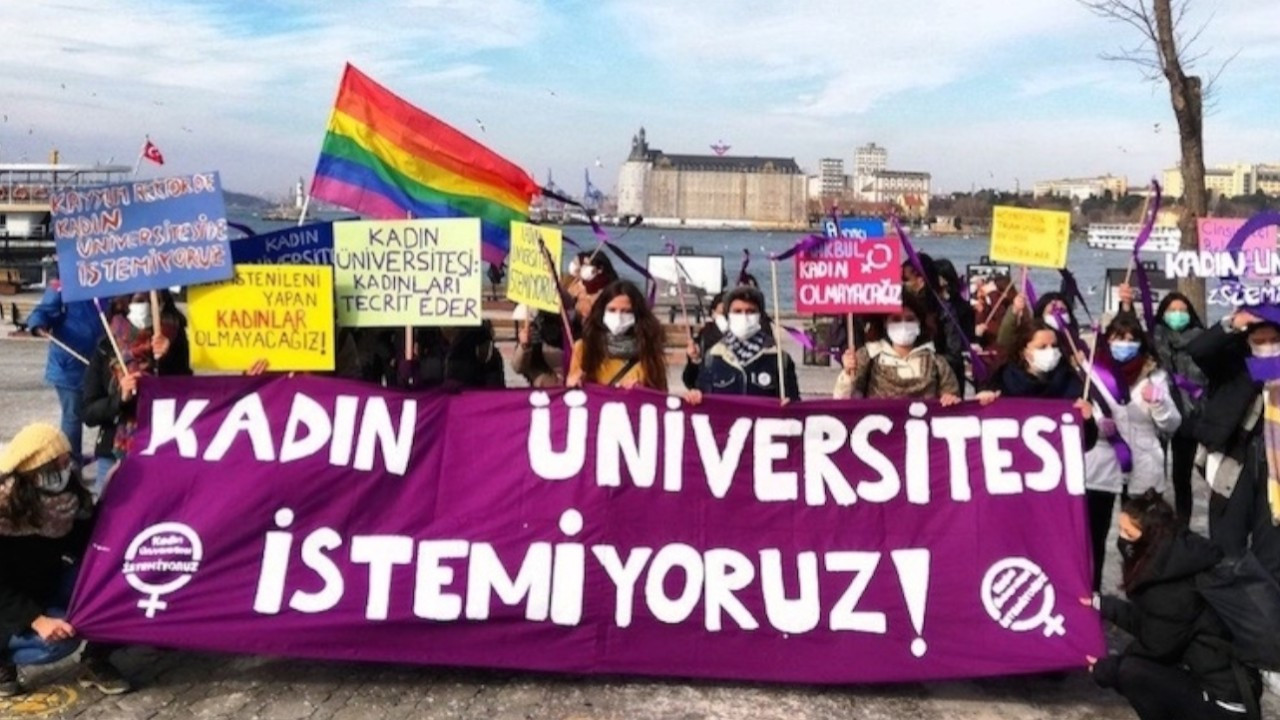