Turkish police on Sept. 20 prevented the protest that wanted to be held at Istanbul’s iconic Taksim Square over the death of Mahsa Amini by Iranian police.

The 22-year-old Amini from Iran’s Kurdistan province fell into a coma and died while waiting with other women held by the morality police, who enforce strict rules in the Islamic Republic requiring women to cover their hair and wear loose-fitting clothes in public.

Her father said she had no health problems and that she suffered bruises to her legs in custody and held the police responsible for her death, according to reporting by Reuters.

The Istanbul police on Sept. 20 blocked Iranian women who wanted to protest the death of Amini at Taksim Square. Thereupon, the women started walking on nearby Istiklal Street. Stating that the march was "prohibited," the police blocked the group and detained two women.

Another Iranian woman protested the police’s move and said: "Women who want freedom are killed. Women want nothing but freedom. What else will they want? Women are forced to wear headscarves. Women want to be free. They want to decide for themselves whether to cover their heads or not. Our sisters are killed for not wearing a headscarf.”

Meanwhile, Iranian women held another protest in the western province of İzmir for Amini on Sept. 20.

Speaking at the protest, an Iranian woman said in English: "I am 33 years old, I went to a girls' high school in Iran, we took Islamic lessons. We didn't even have a free education. They just want us to be Muslims. It is obligatory to wear hijab from the age of seven. You can't even go to school if you don't wear it. Seven-year-old girls have to wear it just to be able to read. As we grow, our fundamental rights and freedoms depend on permission. In Iran, women have no right to marry freely or go abroad."

"There are morality police everywhere. Amini and all women in Iran can experience the same thing," she added. 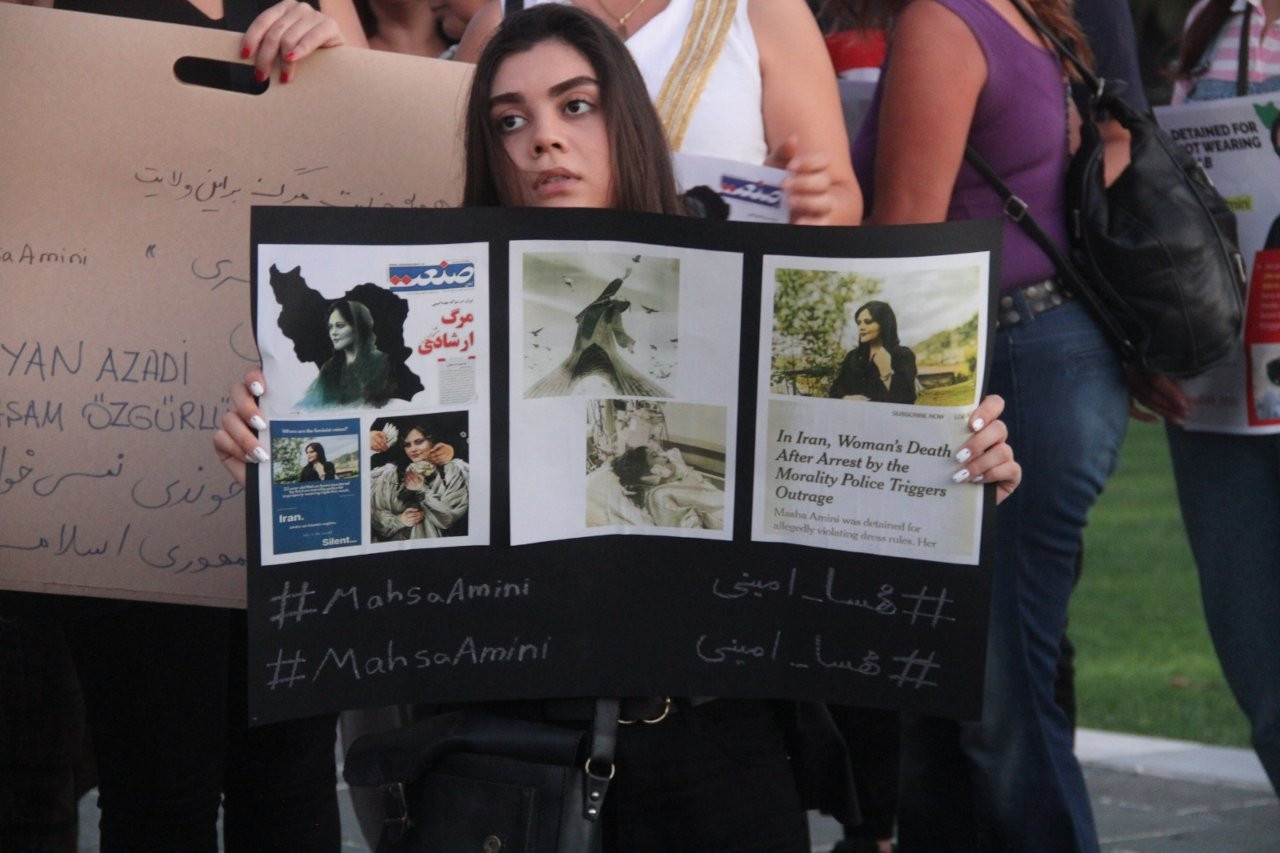