Ukraine has asked Turkey to help investigate three Russian-flagged ships as part of Kyiv’s efforts to probe what it alleges is the theft of grain from Russian-occupied territory, according to official documents.

In a June 13 letter, which hasn’t previously been reported, the Ukrainian prosecutor general’s office asked Turkey’s justice ministry to investigate and provide evidence on the three named ships it suspects have been involved in transporting grain allegedly stolen from recently occupied Ukrainian territories, such as Kherson.

The letter, which Reuters reviewed, said the ships travelled from Crimea’s main grain terminal in Sevastopol in April and May and pressed Ankara to obtain documentation about their cargo and arrival at Turkish ports. Russia annexed Crimea in 2014.

All three large dry bulk carriers - Mikhail Nenashev, Matros Pozynich and Matros Koshka - are owned by a subsidiary of a Western-sanctioned Russian state-owned company called United Shipbuilding Corporation, according to Equasis, a shipping database. The Russian company didn’t respond to a request for comment.

If it is established that United Shipbuilding Corporation transported grain from recently-occupied Ukrainian territory, it would add to emerging evidence of the involvement by Russian-state owned entities in exporting what Kyiv alleges is stolen goods. Ukraine has publicly accused Moscow of stealing grain since the February invasion; Russia has repeatedly denied it has stolen any Ukrainian grain.

One of the vessels Kyiv named in the June 13 letter, the 169-metre long Mikhail Nenashev, was at Sevastopol’s Avlita grain terminal from June 14 to 16, according to satellite imagery captured by Planet Labs PBC, a private satellite operator, which show the ship docked beside grain silos with cranes towering above.

The vessel arrived eight days later at Iskenderun, Turkey, according to Refinitiv Eikon ship-tracking data. Photos and videos supplied by Yörük Işık, an Istanbul-based geopolitical analyst and head of the Bosphorus Observer consultancy, show port cranes lifting what appears from the images to be a golden, grain-like cargo from the Mikhail Nenashev into trucks on June 27 at nearby Dörtyol port.

Since March, the Mikhail Nenashev has visited the Sevastopol grain terminal on at least three other occasions before arriving in Turkey between 5 and 15 days later, according to satellite imagery and ship-tracking data.

In one instance, it unloaded 27,000 tonnes of wheat in the Turkish seaport of Derince on April 22, according to data from Refinitiv Eikon, which shows the cargo was loaded in Sevastopol, Crimea. Ukraine, in its June 13 letter, said the Mikhail Nenashev loaded 27,500 tonnes of grain at Sevastopol’s Avlita grain terminal in April, without specifying which day.

Dörtyol Port did not respond to Reuters’ queries about the shipments or precautions taken in light of Ukrainian claims. Derince Port confirmed it received “Russian ships carrying grains” but did not comment on screening processes. There was no answer at Avlita’s head office and a person at the Sevastopol office who answered the phone denied all knowledge of Ukrainian grain at the port and put down the phone.

All three ships are owned and managed by Russian-based company Crane Marine Contractor LLC and were purchased in either December or February, according to ownership records from Equasis. The company is a subsidiary of United Shipbuilding Corporation (USC), according to a copy of Crane Marine’s charter currently on its website. USC’s website also lists Crane Marine as one of its companies. Russian company records show Crane Marine is owned by Caspian Energy group, which is part of USC, according to USC company press releases dated in 2018.

The Kremlin didn’t respond to requests for comment. Kirill Stremousov, deputy head of the Russian-installed administration in Kherson, said grain from the region was going to Crimea and that local farmers were responsible for transporting it there. He said he had no knowledge of any shipments to Turkey or the Middle East.

Reuters on July 1 reported that Kyiv in a separate letter, dated June 30, asked Turkey’s justice ministry to detain and arrest another Russian-flagged ship carrying what it said was Ukrainian grain from the occupied port of Berdyansk. On July 4, a senior Turkish official said Turkey had halted the cargo ship and is investigating Ukraine’s claim.

NATO member Turkey, which has good ties with both Moscow and Kyiv, has criticised the invasion but also rejected Western sanctions on Russia. Ankara has agreed with Ukraine to block commercial shipments between Crimea and Turkey since 2014.

At the same time, Turkey has played a key role in discussions between the United Nations, Russia and Ukraine on a potential Black Sea corridor to export grain from Ukraine.

Turkey’s justice ministry declined to comment on Kyiv’s two letters and referred to recent comments by the Turkish foreign ministry that it had investigated Ukraine’s public claims that grain stolen by Russia had made its way to Turkey and determined there was no issue.

“We saw that the ships’ port of departure and the origin of the goods is Russia on the records,” Foreign Minister Mevlüt Çavuşoğlu told reporters on June 23, without identifying which ships. “We are against Ukrainian grains or other goods being taken by Russia … and we will not allow these goods to come to us.” The foreign ministry did not respond to requests for comment on the ship from Berdyansk that arrived in Turkey late last week.

A Turkish diplomatic source added that Kyiv had shared with Ankara its claims about allegedly stolen grain being brought to Turkey via Russian ships and that cooperation with Ukrainian officials was ongoing.

The Ukrainian prosecutor general’s office didn’t respond to requests for comment. Taras Vysotskiy, the first deputy to Ukraine’s agriculture minister, told Reuters that Kyiv estimates about 400,000 tonnes of stolen grain has been exported. Ukraine’s ambassador to Turkey, Vasyl Bodnar, told Reuters Ukraine believes most of that has gone to Turkey and Kyiv has sent what it considered to be evidence on the involvement of 13 ships to Turkish authorities.

Ukraine has also said Russia has sent its ally Syria wheat allegedly stolen from Ukraine since invading in February. Ukraine’s embassy in Beirut told Reuters that at least 150,000 tonnes of what it said was “stolen” wheat have made it to Syria since February, mostly on Russian ships, without specifying how it knew.

Neither Syria’s port authority, which is part of the transport ministry, nor the Syrian information ministry responded to requests for comment. 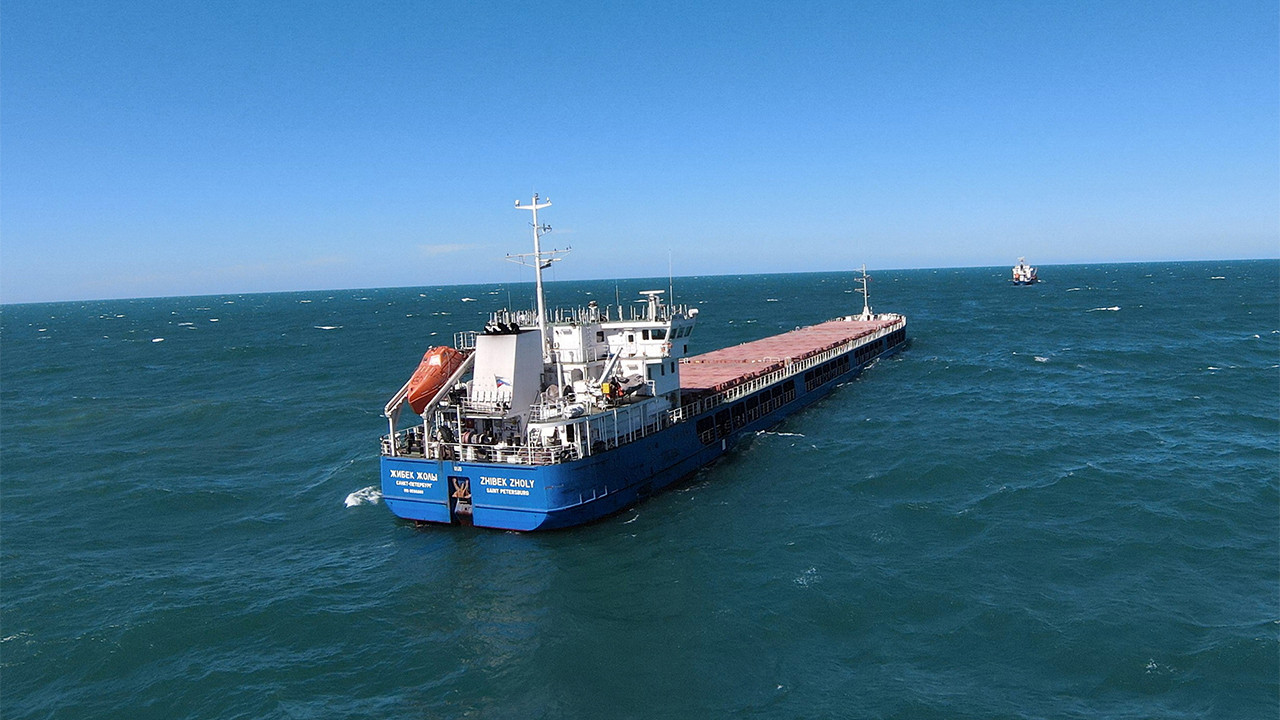 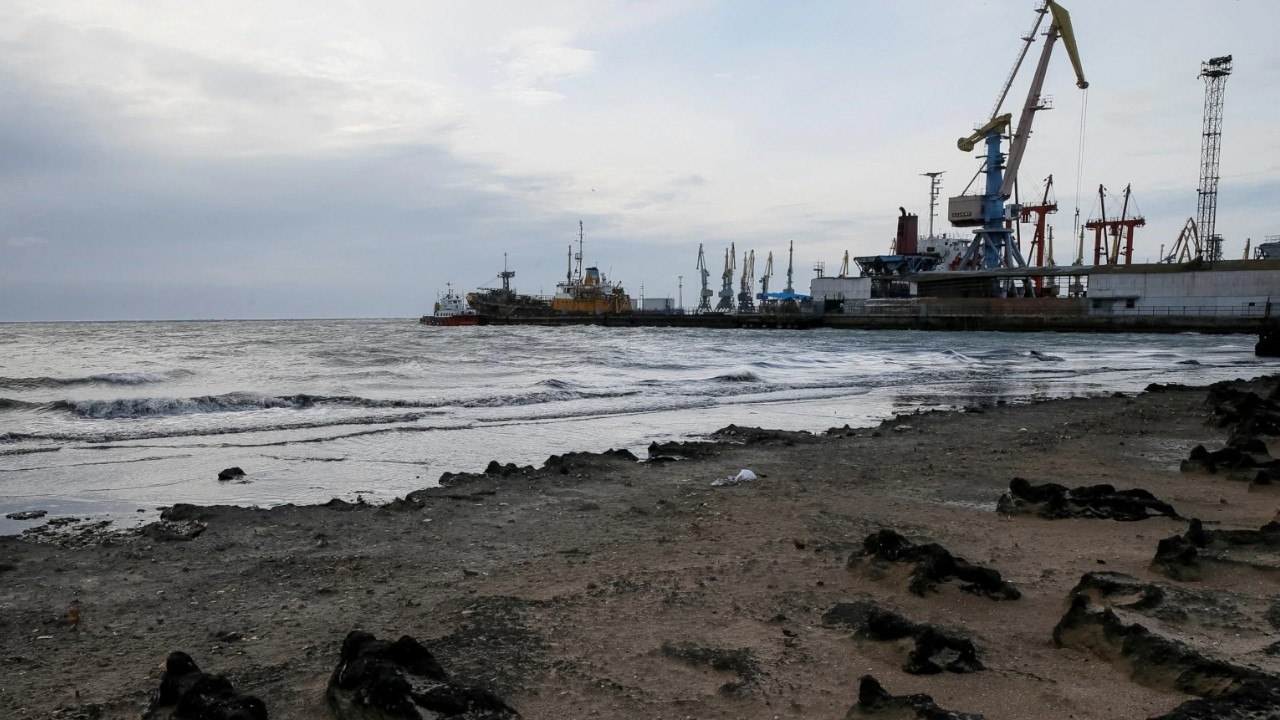