The increasing prices of meals at public universities in Istanbul became a major item on the news agenda following the suicide of Sibel Ünli, who had posted on Twitter about not having enough money on her cafeteria card to eat. 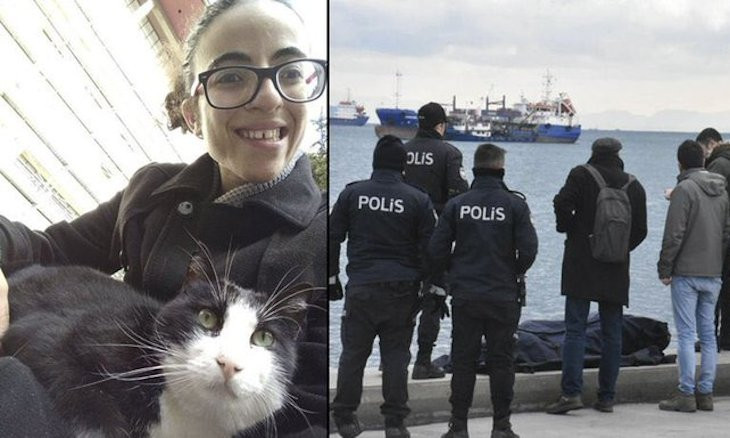 "The university student that we recently lost made all of us so sad," Seda Akpınar Şenyuva, one of the founders of Istanbul's Kadıköy Volunteers Cafe, told Duvar.

More than 20 Kadıköy restaurants are participating in the campaign and have a limited number of students they can serve within a certain time each day.

While one hair styling saloon is also volunteering, an art atelier is offering acting lessons to one student and free tickets to five students for each play.

Şenyuva said that she and her colleagues thought about how they could ameliorate the situation and help hungry students following Ünli's death.

Ünli was found dead earlier this month. She had posted on Twitter late last year that she only had 1.40 Turkish Liras on her cafeteria card and that this was not enough to eat.

Istanbul University, where she was studying literature, had raised the prices of meals at the student cafeteria, though the administration backed down and reversed the hikes after major student protests.

Şenyuva said that they reached an agreement with neighboring restaurants where they could purchase containers of food at reasonable prices from restaurants that would go to feed students, the costs of which would be covered by people agreeing to pay 10 Turkish Liras a month.

"We received unbelievably warm responses. Not just in Istanbul, there are people from outside the city who are reaching us because they want to contribute. What has moved us the most is students who themselves are in a difficult financial situation who still donated 10 TL from their own allowances," she said.

Yılmaz Türker, deputy manager of Frango, a local chain of döner restaurants, said that they don't turn students without money away.

"Our aim is to support students. The majority of are students are customers anyway. There are those able to pay and those unable to. We were all once students. The owners of Frango studied at university and later entered the business sector. With their support we joined the campaign," Türker said, while Baykan Yıldırım, owner of the Ali Baba restaurant, said that they can provide food for between five and ten students a day.

"It has been two weeks but thus far only eight students have come. This might be because so many restaurants here are [participating in the campaign]. It also might because the students are embarrassed. But we don't turn away those who come," he said.