The Municipality of Istanbul (IBB) has purchased 60 electric vehicles of two types that will replace the horse-drawn carriages of the city's Princes' Islands following a decision made in December 2019 to adopt to electric vehicles instead.

One model of the electric vehicles seats four people while the other seats 13, said IBB Assistant Secretary General for Transportation İbrahim Orhan Demir on March 4.

"Considering the physical landscape of the islands its the high slopes, we bought smaller vehicles that would operate on an on-demand basis to help our residents who have a hard time getting around," Demir said about the four-person vehicles.

The Chinese-produced vehicles were chosen for being accessible to differently-abled people, Demir noted.

Some 20 of the four-seaters were purchased while 40 13-seat vehicles were bought.

The IBB decision to eliminate the touristic horse-drawn carriages from the Princes' Islands came after outrage broke out over the treatment of the horses.

Numerous horses were filmed collapsing from fatigue while still strapped to their carriage during the summer. Later, the outbreak of a glanders epidemic killed 81 of them. 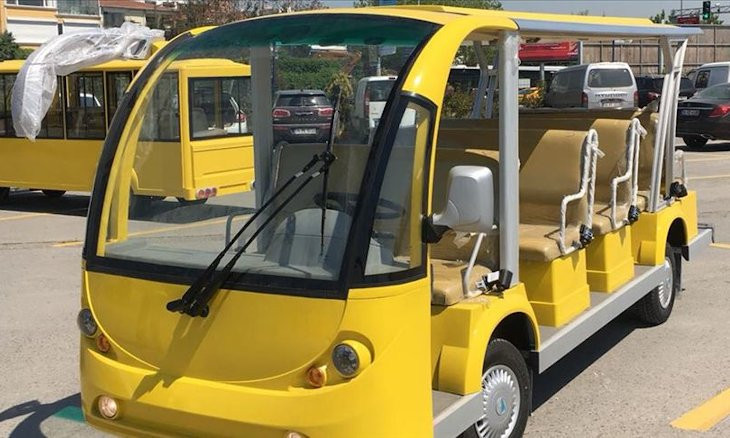