The United States on Jan. 28 called for the “immediate withdrawal” of Turkish and Russian troops from Libya.

“We call on all external parties, to include Russia, Turkey and the UAE, to respect Libyan sovereignty and immediately cease all military intervention in Libya,” the acting U.S. ambassador Richard Mills said during a U.N. Security Council meeting on Libya.

“Per the October ceasefire agreement, we call on Turkey and Russia to immediately initiate the withdrawal of their forces from the country and the removal of the foreign mercenaries and military proxies that they have recruited, financed, deployed, and supported in Libya,” Mills said.

Under a UN-backed ceasefire signed Oct. 23, 2020, foreign troops were ordered to leave Libya within three months. That deadline passed on Jan. 23.

“The Libyans called for the removal of all foreign fighters and mercenaries from Libya within three months of the signing of the agreement. That period, as we’ve heard, expired last week, and the external actors who have militarily intervened in this conflict have wholly, completely, ignored Libyan demands,” Mills said.

Turkey threw its support behind the Government of National Accord (GNA) in 2019 after signing a military cooperation pact alongside a maritime demarcation deal, which gives Ankara exploration rights in the Eastern Mediterranean that Greece and others reject.

Turkey’s intervention in the conflict has pushed back Khalifa Haftar’s eastern-based Libyan National Army (LNA) - backed by the Russia, United Arab Emirates and Egypt - which had been attacking the GNA in Tripoli since April 2019. 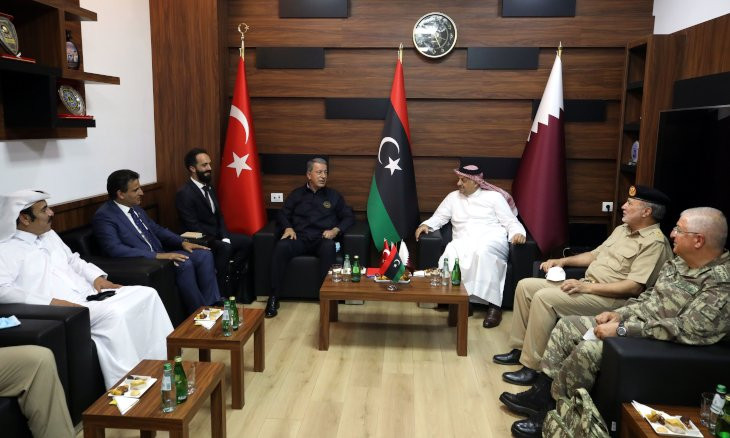