European Commission President Ursula von der Leyen was left baffled during a meeting with European Council President Charles Michel and President Recep Tayyip Erdoğan in Ankara, as the latter two sidelined her by not giving her an equal seat.

A video of the leaders assembled in a meeting room in Ankara showed Erdoğan and Michel settling themselves into gilded chairs, while von der Leyen appeared unsure of where she was expected to sit.

Von der Leyen stood staring at them and said "ehm."

“‘Ehm’ is the new term for ‘that’s not how EU-Turkey relationship should be’. #GiveHerASeat #EU #Turkey #womensrights,” tweeted Sergey Lagodinsky, a German member of the European Parliament, who is chair of the legislature’s delegation to a joint EU-Turkish parliamentary committee.

"Ehm" is the new term for "that’s not how EU-Turkey relationship should be". #GiveHerASeat #EU #Turkey #womensrights pic.twitter.com/vGVFutDu0S

Von der Leyen was ultimately offered a couch about 12 feet away, opposite Turkish Foreign Minister Mevlüt Çavuşoğlu, who occupies a lower-status rank in typical diplomatic protocol.

The official EU video was shot from behind von der Leyen, showing the scene playing out from her perspective.

Another member of the European Parliament, Dutch lawmaker Sophie in ‘t Veld, noted that at meetings between Erdoğan and the prior pair of EU presidents, who were both men, the three leaders were seated next to one another, in equivalent chairs.

“It wasn’t a coincidence it was deliberate,” she wrote on Twitter, where some people explained away the incident as more about social distancing than protocol. “Why was @eucopresident silent?” she wrote, using Michel’s Twitter handle to ask why he didn’t offer his fancier seat to his counterpart.

And no, it wasn’t a coincidence it was deliberate.👇 Why was @eucopresident silent? https://t.co/LvObcyGpmL pic.twitter.com/dLUxuUr5B9

Critics had already been taking aim at the visit, which came two weeks after Erdoğan pulled Turkey out of an international treaty aimed at preventing violence against women known as the Istanbul Convention.

Von der Leyen, a former German defense minister, and Michel, a former Belgian prime minister, are typically treated as equivalent in rank. As head of the European Commission, von der Leyen leads the EU’s executive wing and oversees the bloc’s membership negotiations with Turkey, which are on life support. Michel represents the leaders of the 27 individual member nations of the EU.

After the meeting, von der Leyen made no direct mention of the incident. But she did express concern about Turkey’s record on women’s rights.

“I am deeply worried about the fact that Turkey withdrew from the Istanbul Convention,” she told reporters. “This is about protecting women and protecting children against violence. And this is clearly the wrong signal right now.”

Good first meeting with President @RTErdogan. Turkey has shown interest in re-engaging with the EU in a constructive way.

We are ready to work on a new momentum in our relationship ahead of the June #EUCO. https://t.co/OKK1gdo3TC 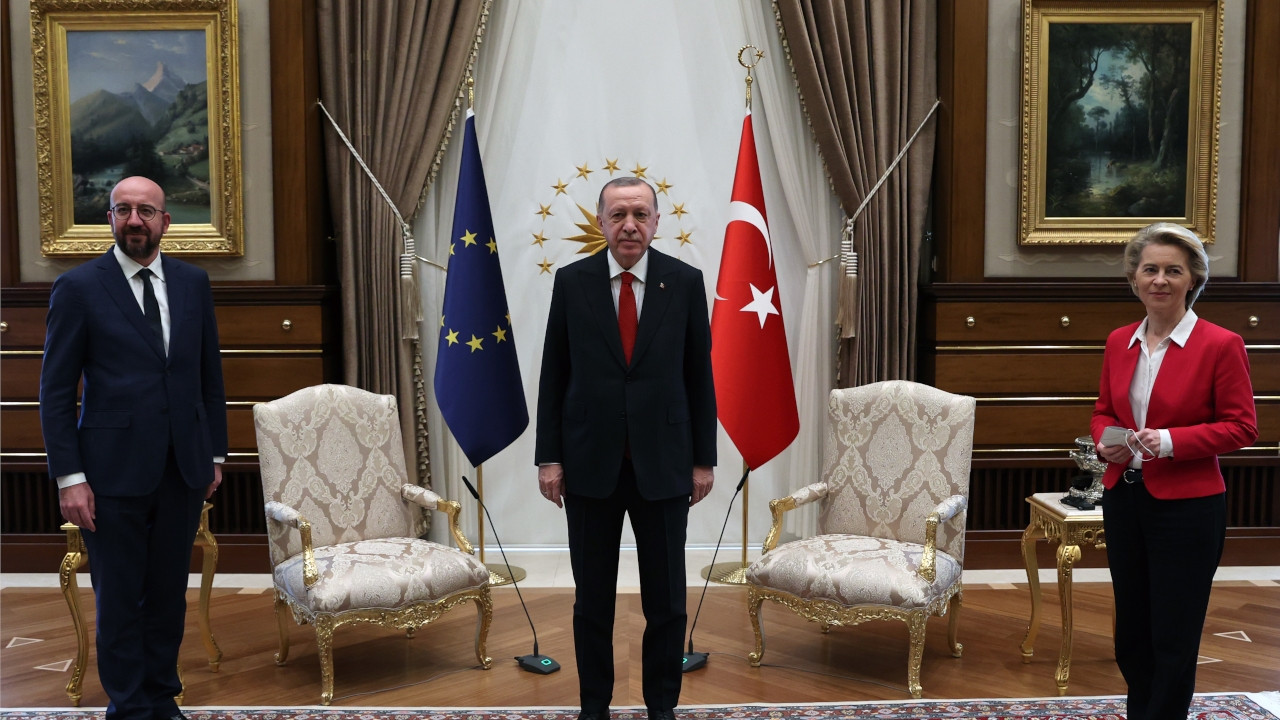 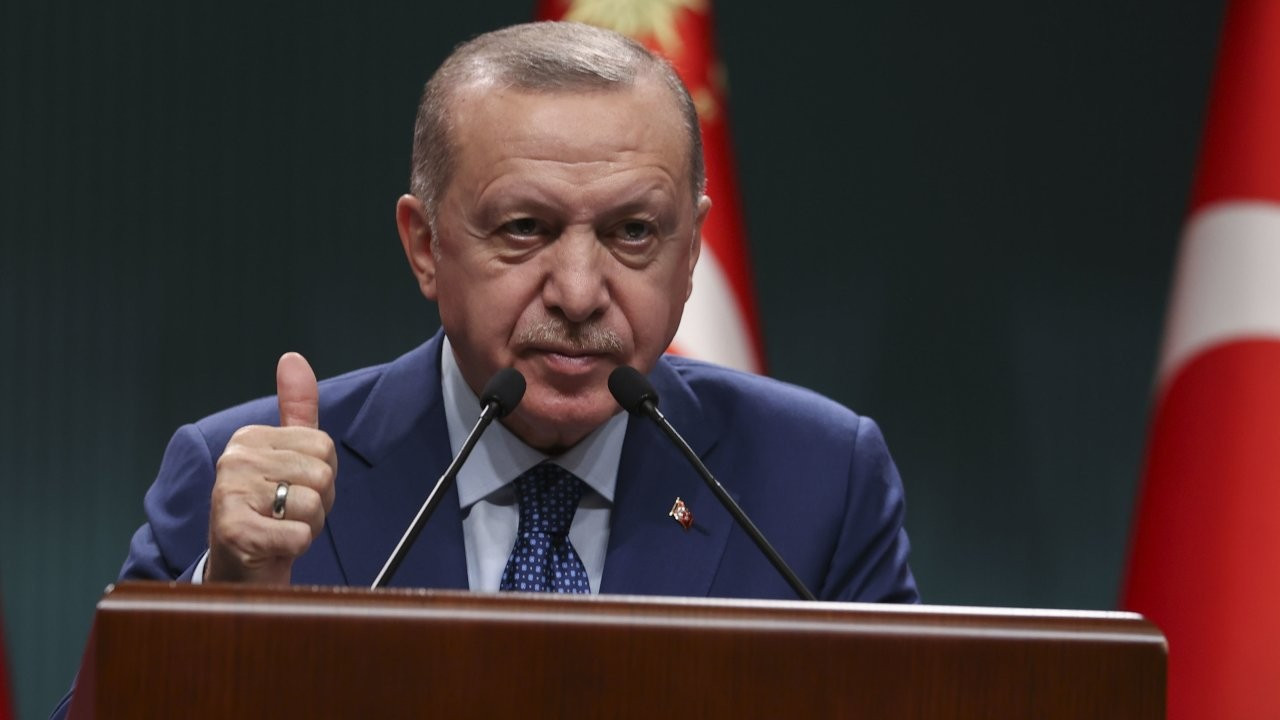 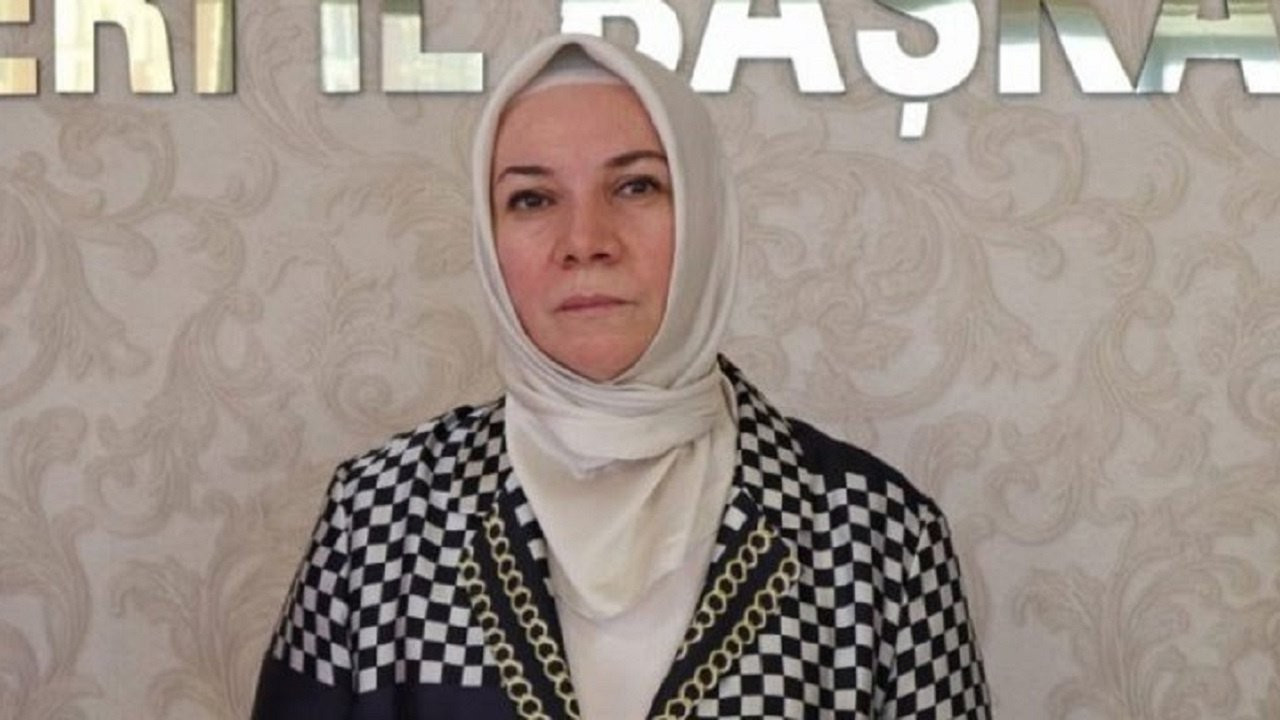