A young woman who survived an acid attack last year criticized a court ruling that sentenced the perpetrator to a total of 13.5 years in prison, asking whether her pain is worth so little.

Berfin Özek's face was severely burned when Ozan Çeltik threw acid on her face in the southern province of Hatay on Jan. 15, 2019, resulting in the 19-year-old woman losing an eye.

During the court hearing on Jan. 7, Çeltik was sentenced to 13.5 years in prison over "deliberately injuring" in the case that he was tried over "attempting to deliberately kill" with the prosecutors seeking life in prison.

The sentence was slammed by women's rights groups in the country where femicides remain a major problem, with hundreds of women getting killed or attacked by men each year.

Speaking about the ruling, Özek said that the sentence given to Çeltik is insufficient. 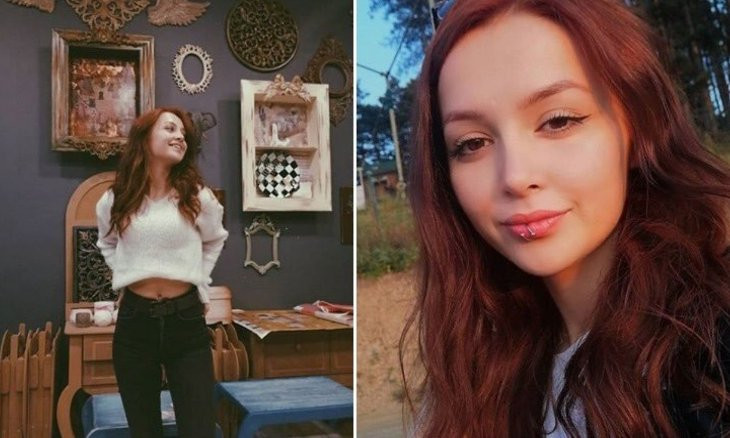 "We were really shocked at the verdict. Does my pain amount to 13 years? This person won't even serve all of that sentence anyway," she said, adding that she has no security of life.

"One of my eyes is blind. Tomorrow if he is released how can I go out on the street? Will I live with the fear that something could happen at any moment? I have no security of life. I have permanent damage. Forget about my face, one of my eyes is blind. That is the most valuable thing. My other eye only has 30 percent vision," Özek also said.

Özek described the events that unfolded in the courtroom during the hearing.

“When I saw him on the screen in the courtroom I wanted to convey all of my feelings by shouting and screaming. They didn't allow me to do so. I just wanted a bit of relief. How could you do this? Do you not have any conscience? Do you not have any mercy? Did you not think about this at all? I said all of this but they stopped me. My hands and feet were shaking, I was in a terrible state. My mother was next to me and cried as she held my hands,” Özek said.

"I'm very surprised that he didn't get life in prison. Our legal struggle will continue, we will challenge this decision,” she added.

Meanwhile, President Recep Tayyip Erdoğan slammed the sentence given to Çeltik, saying that he looked into the sentences in similar cases and that the code stipulates 13 years as the maximum years in prison.

"So I told my friends, 'Why do you find a way out via pointing to the code? I'm not talking about the code, I'm talking about the law, justice and rights. You have to look for rights, law and justice here," he said on Jan. 9, while asking what the judges would do if the same attack was carried out on their own daughters.

"Will you check the code in that case too? Or will you check whether it's just to hand that sentence? That's why I'm calling on the judiciary to listen to their voices of conscience and not the articles among the pages of codes. Look for the establishment of justice in law and rights," Erdoğan added.

During his speech, the President also said that "law is not equal to the code."

"My way is the way of law and not the code," he added.