Jolie asked Shafak about what Erdoğan's move means for women's rights in Turkey, a country in which femicides have become a plague.

"I think this is a major setback, which will have catastrophic consequences for women, for children, and for the LGBTQ community," Shafak told Jolie.

Erdoğan on March 20 withdrew Turkey from the Istanbul Convention, an international treaty that's key to combating rising domestic violence, with a midnight decree.

The Council of Europe accord, forged in Istanbul, pledged to prevent, prosecute and eliminate domestic violence and promote equality. Turkey, which signed the accord in 2011, has been seeing a rise in femicides in recent years.

Women have been calling on the government to fully implement the Istanbul Convention, while also pointing to the lack of measures to protect women from violent men since the repeated complaints about violence or restraining orders fall short of convincing authorities that the woman in question is in danger.

Critics of the withdrawal from the pact have said it would put Turkey further out of step with the values of the European Union, which it remains a candidate to join. They argue the deal, and legislation approved in its wake, needs to be implemented more stringently.

Many conservatives in Turkey say the Istanbul Convention undermines family structures, encouraging violence. They are also hostile to the principle of gender equality in the pact and see it as promoting homosexuality, given its principle of non-discrimination on grounds of sexual orientation.

Shafak on April 17 told Jolie that withdrawal from the treaty "breaks my heart."

"Because it is happening at a moment when femicide cases are increasing. There was already an escalation in domestic violence cases in Turkey. At a time when women needed protection the most, the government is doing the exact opposite," she said.

When asked to give an example by Jolie, Shafak told the story of Fatma Altınmakas, who was raped by her husband's brother and killed by her husband last year after applying to police, who didn't get her testimony due to the lack of Kurdish speaking officers.

"She could not tell her own story. And then her husband came and he killed her, because she was ruining the family’s honor. This says so much about the intersectional layers of oppression, for minority women, women with disabilities, transgender women, indigenous women. The whole system favors the perpetrators and punishes the victims over and over and over again," Shafak said. 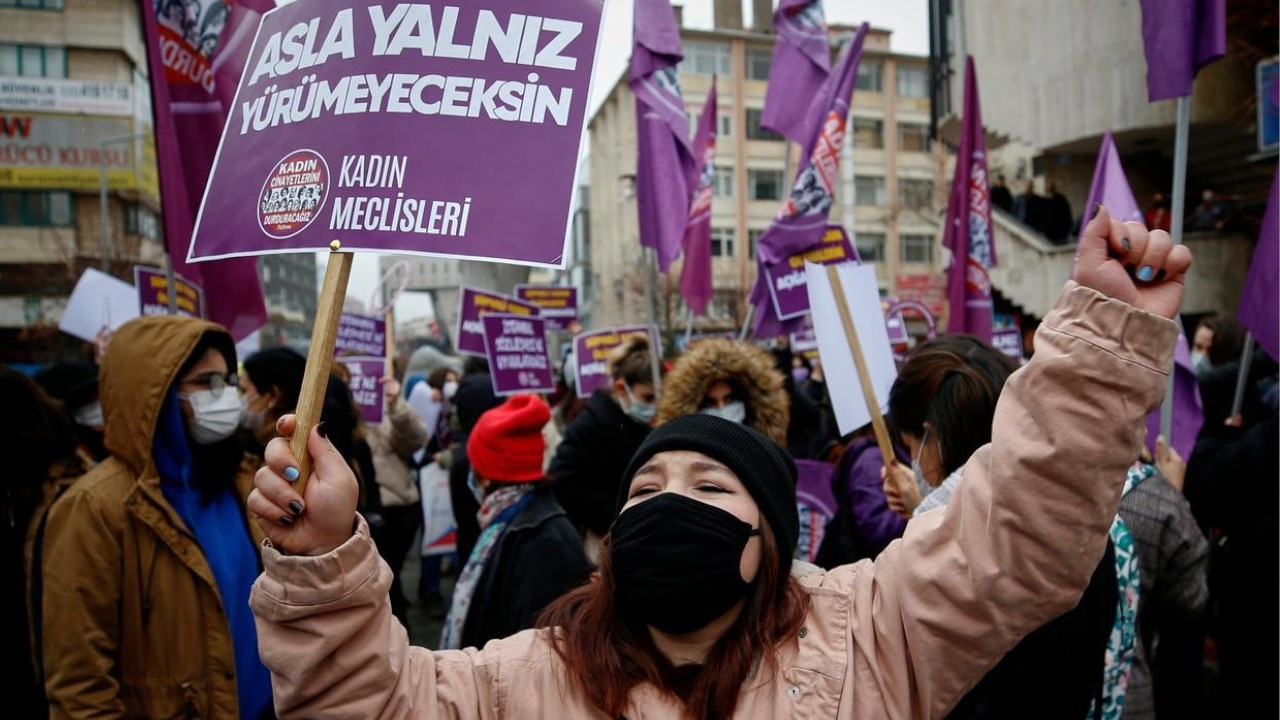 Istanbul Convention did not bring respect for women's rights: ErdoğanWomen