First, it became crystal clear that the 45th U.S. President Donald Trump had lost his seat. 24 hours later, Turkey’s Minister of Finance Berat Albayrak declared on Instagram that he was resigning.

In his highly interesting resignation post, Albayrak noted that in these times, there was such confusion in society that “one couldn't distinguish the good people from the worthless,” the Turkish version being: “When the traces of the horse are mixed up with those of the dog.” His statement ended with an Islamic expression which implied Albayrak himself had little faith in the future of the Turkish economy: “May God bless our end.”

It is widely acknowledged that Berat Albayrak, President Recep Tayyip Erdoğan’s son-in-law and the helmsman of the Turkish economy until last weekend, wouldn’t pen such a letter unless it were absolutely certain that he had lost his clout within the President's inner circle.

Up until now, despite harsh criticism from within his own party, President Erdoğan had always stood by his son-in-law, allowing the Albayrak team to make critical decisions regarding the economy. Furthermore, Albayrak's influence went beyond economic policies as he succesfully vetted key people in other institutions - even in judiciary.  Albayrak declared more than once in the recent months that he did not care that the Turkish Lira was eroding against foreign currencies. The interest rate and monetary policies he persistently clung on to had stirred up the ruling Justice and Development Party (AKP) front many times in the past. Each time, with the strategic help of his elder brother Serhat Albayrak - who owns a major pro-government media group and indirectly controls other government-friendly outlets - Berat Albayrak was able to convince his father-in-law and carried on.

Yet Berat Albayrak’s self-imposed role as the “heir” has caused such splits in the government that they could no longer be concealed. More importantly, it is obvious that opinion polls have alarmed Erdoğan and made him realize he could lose power mainly because of an economic disaster.

Erdoğan’s dismissal of Central Bank Governor Murat Uysal in the early hours of Nov. 7 and replacing with Naci Ağbal, the President of the Directorate of Presidential Strategy and Budget, were not even reported to Albayrak, which is a valuable detail that was leaked from the corridors of Ankara. Likewise, Albayrak was not invited to the first meeting the President held with Ağbal. Another very valuable piece of information that was whispered from Ankara is that Albayrak attempted to lobby for himself at the presidential level so his resignation wouldn’t be accepted, perhaps in an effort to pull a “Süleyman Soylu moment,” when the President turned down the Interior Minister’s resignation a few months back.

The fact that the acceptance of the resignation was shared with the public some 26 hours after Albayrak’s post was a litmus test for the dynamics of the one-man regime, which is sugarcoated to us as the “presidential system.” This happened while 90 percent of Turkey’s media played possum during the entire day.

In Turkey, attributing too much meaning to the “timing of an incident” is a national sport. Thus, Albayrak’s enforced resignation was interpreted as the consequence of Donald Trump losing the presidential elections, who was the only ally of the Erdoğan administration within the American political establishment. According to those who made this comment, President Erdoğan, by forcing Albayrak’s resignation, tried to avoid possible consequences regarding the Halkbank case, which is likely to accelerate after President-elect Joe Biden takes office on Jan. 20. In fact, the Presidential Palace in Ankara knows very well Biden will not try to influence the prosecutor’s office through the Attorney General, as Trump used to. 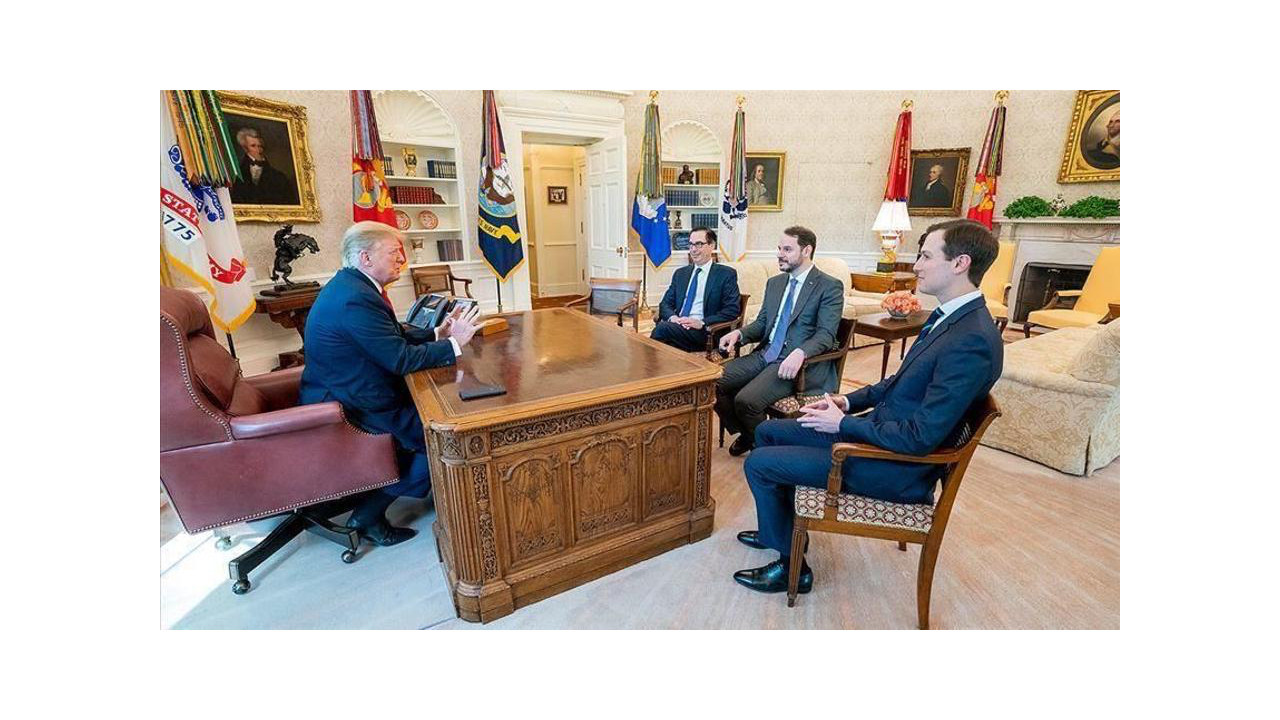 I personally believe that domestic dynamics were the final straw for Erdoğan for his Albayrak decision. In the Halkbank indictment prepared by the prosecutors of the United States District Court, Southern District of New York, which was made public on October 15, 2019, there is reference to Berat Albayrak. Yet one should look very carefully to see that Albayrak is referred to in the case. Here is the related section on page 33 of the indictment: “Reza Zarrab, who was arrested in Turkey in December 2013, paid bribes, through his attorney, to secure his release of his co-defendants from prison in February 2014 and, ultimately, the dismissal of the case in October. 2014.  In mid-2014, after Zarrab was released from prison, Zarrab approached Halkbank, including its new general manager and Hakan Atilla to starts the sanctions-evasion scheme. Though some at Halkbank supported continuing the scheme, Halkbank’s new general manager was initially reluctant to do so due to concern that Zarrab's arrest and notoriety would draw unnecessary attention to the scheme. At Zarrab's request, however, Turkey’s then-Prime Minister and his associates, including a relative of the then-Prime Minister who later held multiple Turkish cabinet positions, instructed Halkbank to resume the scheme, and Halkbank agreed.”

In other words, the Office of the Prosecutor of the Southern District of New York is claiming - without citing any names - that President Erdoğan, who was then Prime Minister, directly gave the instruction to Halkbank to evade the U.S. sanctions against Iran. The only reference to Albayrak was made with the phrase “The then-Prime Minister of Turkey and his associates.”

Those who wrote the Halkbank indictment do not live in outer space. They also know the dynamics of the Erdoğan regime. Thus, if it comes to that in the case, the fact that Berat Albayrak has been removed from government will not have any effect on whether the court will impose a heavy fine. Meanwhile, the next hearing is scheduled for May 1, 2021. I am guessing that by then, Washington would have already activated the S-400 sanctions package. Hence, the Halkbank case will proceed in parallel at the pace of other critical files between Turkey and the U.S.

Besides, if President Erdoğan believes that his decision to sacrifice his son-in-law, which he had to make due to domestic dynamics, will also contribute to efforts to open a new chapter with the Biden Administration, he is right.

All the Democrats in Washington that are familiar with Turkey and those who are expected to take critical positions under the Biden Administration know that during the Trump era, business with Ankara was often conducted through the “channel of sons-in-law,” bypassing government institutions. When the Biden team takes over, the first thing they will do is remind Ankara somewhat strongly of the conventional interstate relation framework. I have no doubt that the Biden team has noted as a refreshing development that Berat Albayrak, who was trying to make the Trump world accept him as the “heir,” will no longer be in the picture. However, the route of the new relation to be defined by the Biden team, which will move into the White House on January 20, will be determined mainly through the Russia file. As for that...there will be too many occasions to write about in the very near future.

Other Articles
October 21, 2021 It was too good to be true
June 13, 2021 A much-awaited encounter and the weight of domestic scandals
May 05, 2021 Instead of İncirlik, he closed the country down
April 23, 2021 Desperate search for a scapegoat in the Halkbank case
March 21, 2021 'Not an issue to be solved in a tricky or cute fashion'
Most Populars
Photos of Erdoğan's extravagant summer home revealed amid mass poverty Member of Turkish gang banned in Germany revealed to be close to AKP Turkish police raid Iraqi faith-healer's office in Istanbul 25 injured in metrobus collision in Istanbul during rush hour Child dies after tour boat sinks off Turkey's touristic Fethiye Turkish man tries to frame stray dog by placing poop on tramway