Azerbaijani activist Bayram Mammadov was found dead after he entered the sea at Istanbul's Moda beach.

The incident happened at around 3 p.m. on May 2, Turkish media outlets reported.

The 26-year-old activist jumped in the sea on the grounds that he dropped his slippers into the water, according to eyewitnesses. Mammadov was later seen struggling in the sea and eventually disappeared from sight.

After the incident, the coast guard teams launched a rescue operation and located Mammadov's body in the sea close to the Haydarpaşa Train Station.

The body was initially taken to the Haydarpaşa Hospital mortuary and later to the Istanbul Forensic Medicine Institute mortuary for a detailed autopsy.

Mammadov, along with another pro-democracy activist, Giyas Ibrahimov, made headlines in May 2016 after painting "Happy Slaves' Day" on a monument in Baku to late Azerbaijani President Heydar Aliyev, the father of the current president.

Both were subsequently sentenced to 10 years in prison on drug charges, which both have denied. Mammadov had said he was tortured into making a confession.

Amnesty International has recognized the two activists as prisoners of conscience, saying that the drug charges against them were fabricated with the purpose of punishing them for their political activities.

In March 2019, Azerbaijani President Ilham Aliyev pardoned Mammadov and Ibrahimov in an amnesty along with more than 400 people who had been convicted of crimes in the South Caucasus nation. 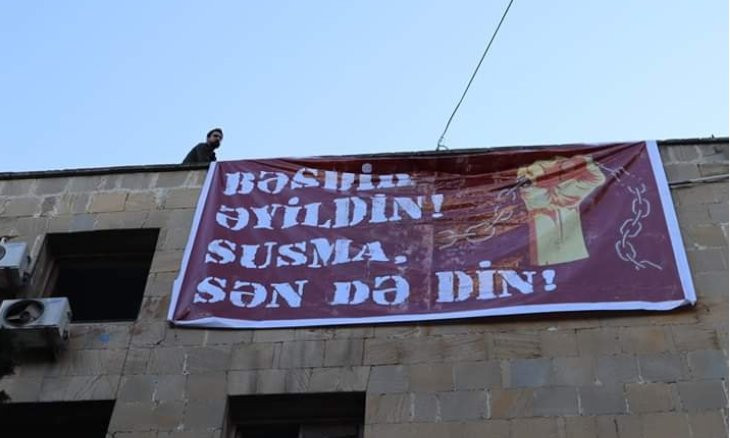