A Russian warship heading to the Black Sea passed through the Strait of Dardanelles in Turkey’s west on Aug. 25.

The Russian Baltic Fleet's Smolnyy class training ship "Smolnyy 300" entered the Strait of Dardanelles from the Aegean Sea at 10.15 a.m. in the morning.

Photographers captured the Russian ship while crossing in front of a sign which is located on a hill flanking the coastal city of Çanakkale. In loud white letters, the sign reads, “Passenger Stop! This land on which you stepped without knowing, is a place where an era sunk,” which refers to the Gallipoli campaign. 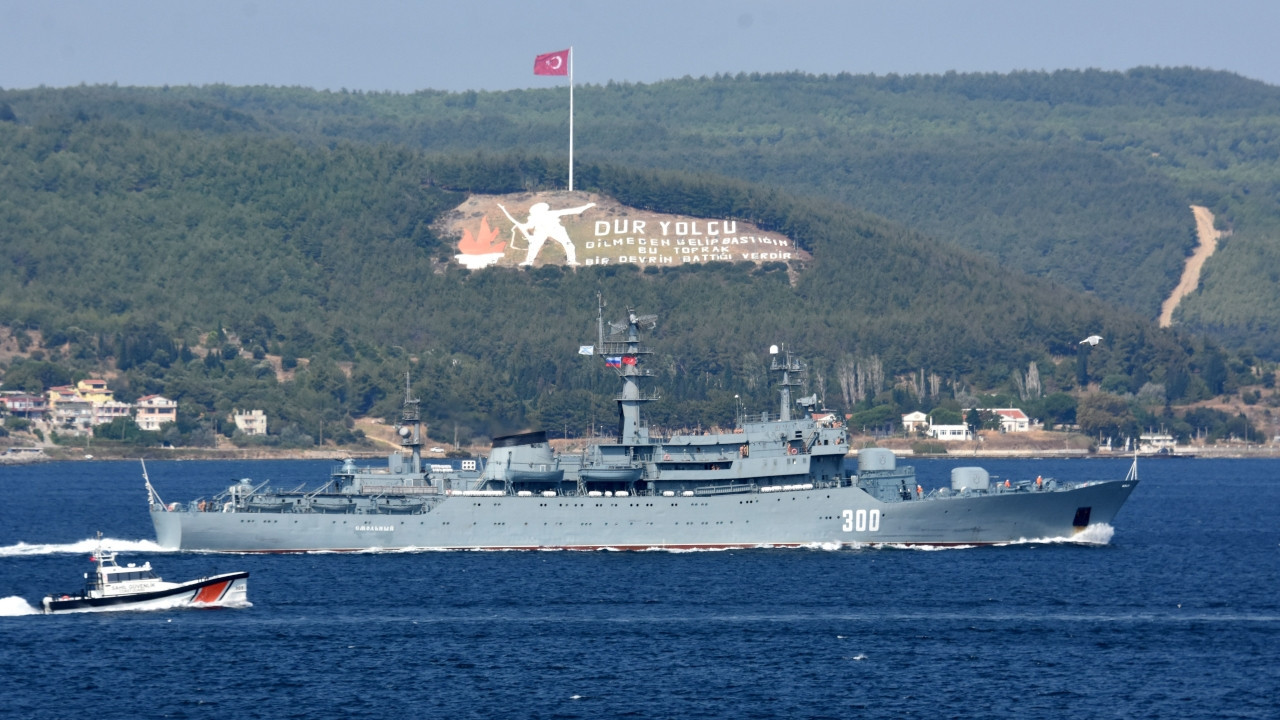 During its journey, the Russian navy vessel was accompanied by Turkish Coast Guard boats. 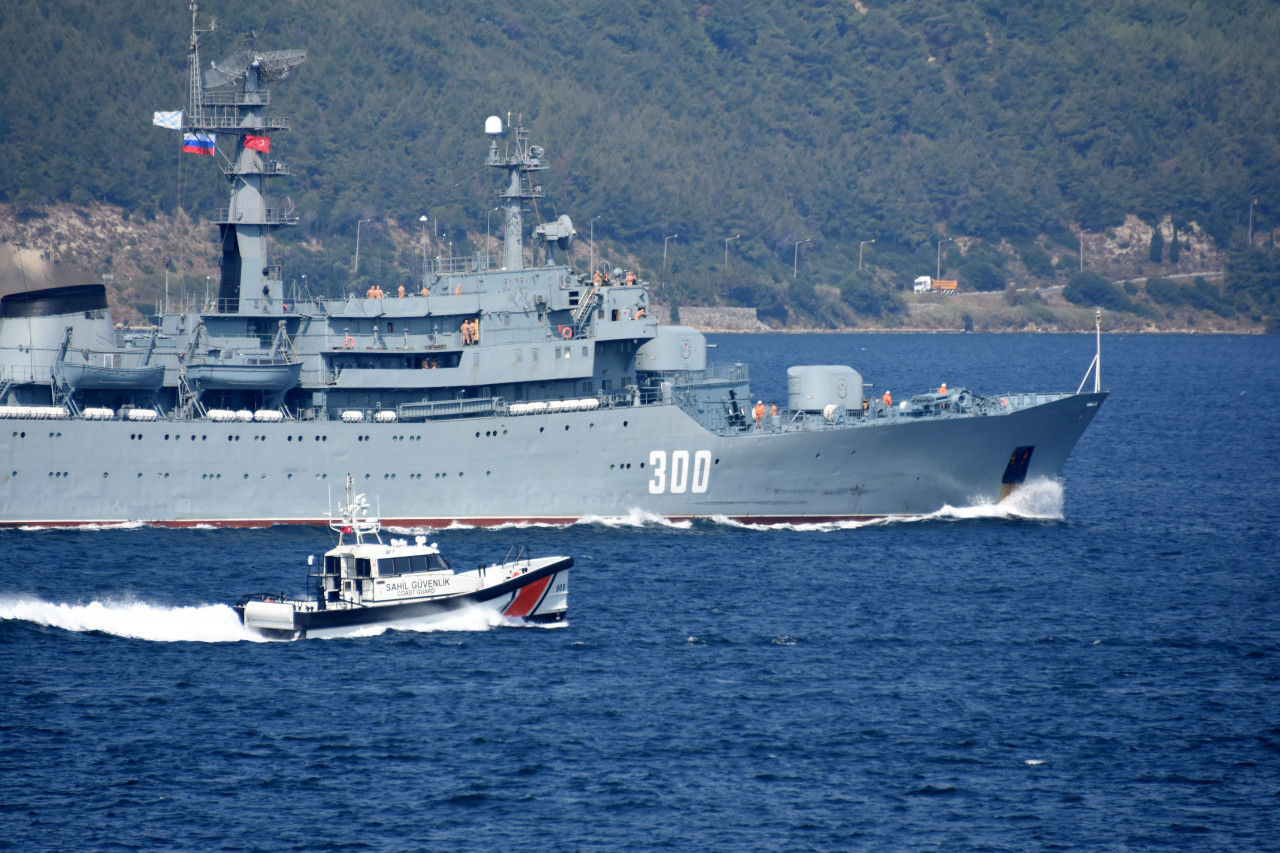 After crossing the strait's narrowest point Nagara (“Nara Burnu” in Turkish), the Russian vessel headed towards the Marmara Sea.

The passage of the Russian ship came as Kremlin spokesman Dmitry Peskov said that Russia and Turkey have differences on the issue of Crimea.

"Russian-Turkish relations, in general, are of a partnership nature, and not only declarative but really based on a real and solid foundation of trade, economic and investment cooperation," Peskov said on Aug. 25. 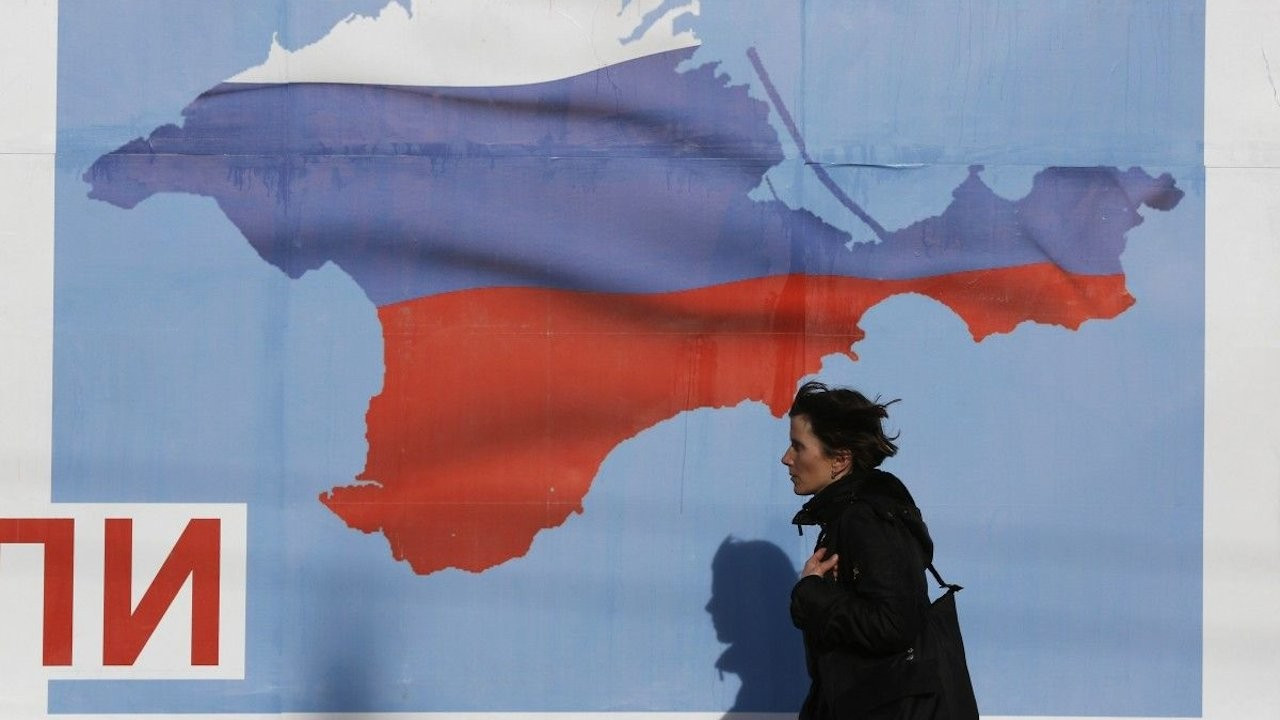