Banners hung up across Turkey by the main opposition Republican People's Party (CHP) about the $128 billion missing from state funds were taken down by special operation officers and cranes in a midnight operation on April 13.

The CHP has been conducting an active public awareness campaign about how the Central Bank burned through $128 billion in FX sales during former minister Berat Albayrak's tenure.

Most recently, the CHP called for a parliamentary debate about the missing funds, and banners displaying the words "Where are the $128 billion?" were hung across Turkey by the party.

A prosecutor reportedly ordered for the removal of the banners "on charges of insulting the president," permitted the use of a crane in the process, and ordered for police to interrogate the provincial CHP chair in the morning.

CHP Istanbul Chair Canan Kaftancıoğlu said that the party was going to use all legal venues against "the prosecutor who abides by the palace instead of the law," adding that "a public prosecutor stands with the public."

The officers who took down the banners reportedly told CHP officials that they would present a prosecutor's order after taking the sign down, and in one case refused to let the official read the order, Kaftancıoğlu said.

"I should tell you tonight that we will put the banners back up in all 39 of our districts. Keep your 39 cranes, law enforcement and prosecutor's orders on standby. Let's see who's bad, you or the people's party?" Kaftancıoğlu tweeted on April 13.

The Istanbul chairwoman also noted in a tweet that the government sent not just cranes, but armed vehicles and special operation forces to some CHP offices to take the banners down.

"I get the crane, but what's up with the armed vehicles and the special op?" Kaftancıoğlu said. "You shouldn't fear the CHP but you can fear the crimes you are committing, and I think you should."

Meanwhile, CHP leader Kemal Kılıçdaroğlu held President Recep Tayyip Erdoğan responsible for the removal of the banners in a tweet on April 14.

"Your cranes weren't enough, so you sent your special operations officers to our district offices," Kılıçdaroğlu said in a tweet addressed to the president on April 14. "For what? To take down the banners asking where the $128 billion are!"

The CHP leader said that the party's attempts at locating the missing foreign exchange reserves were for "the poor and the orphans" of the country. 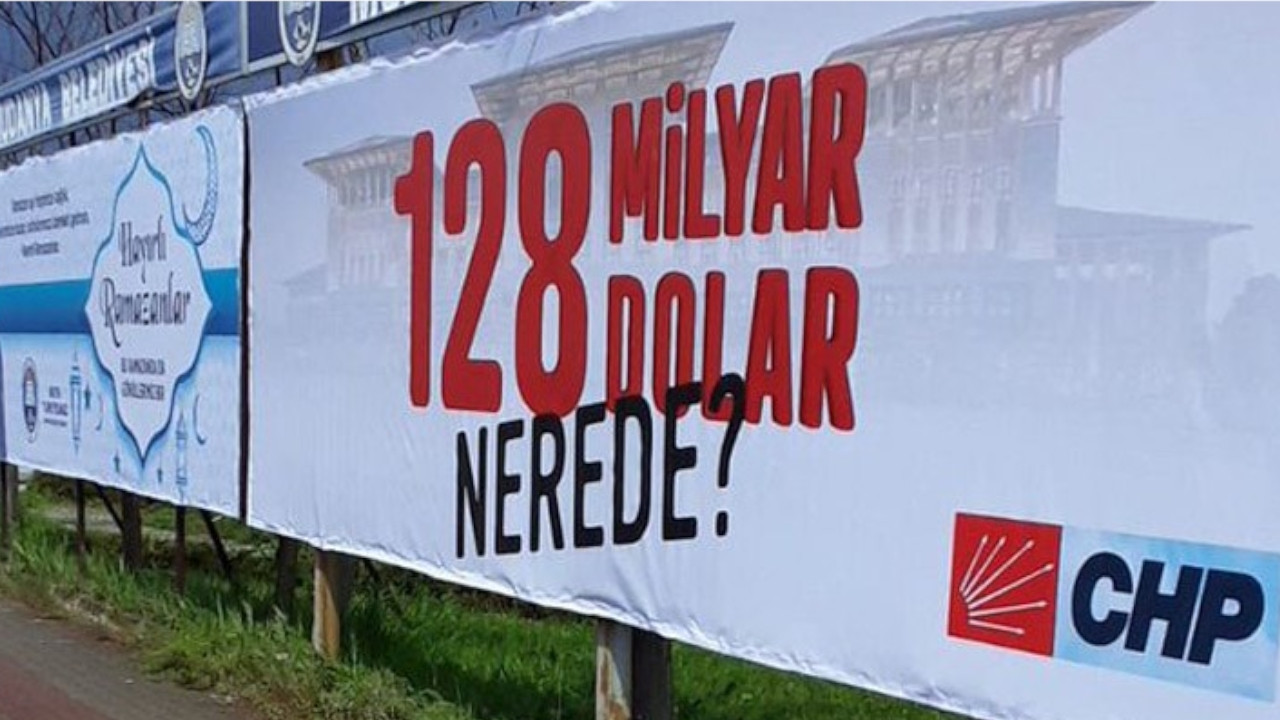 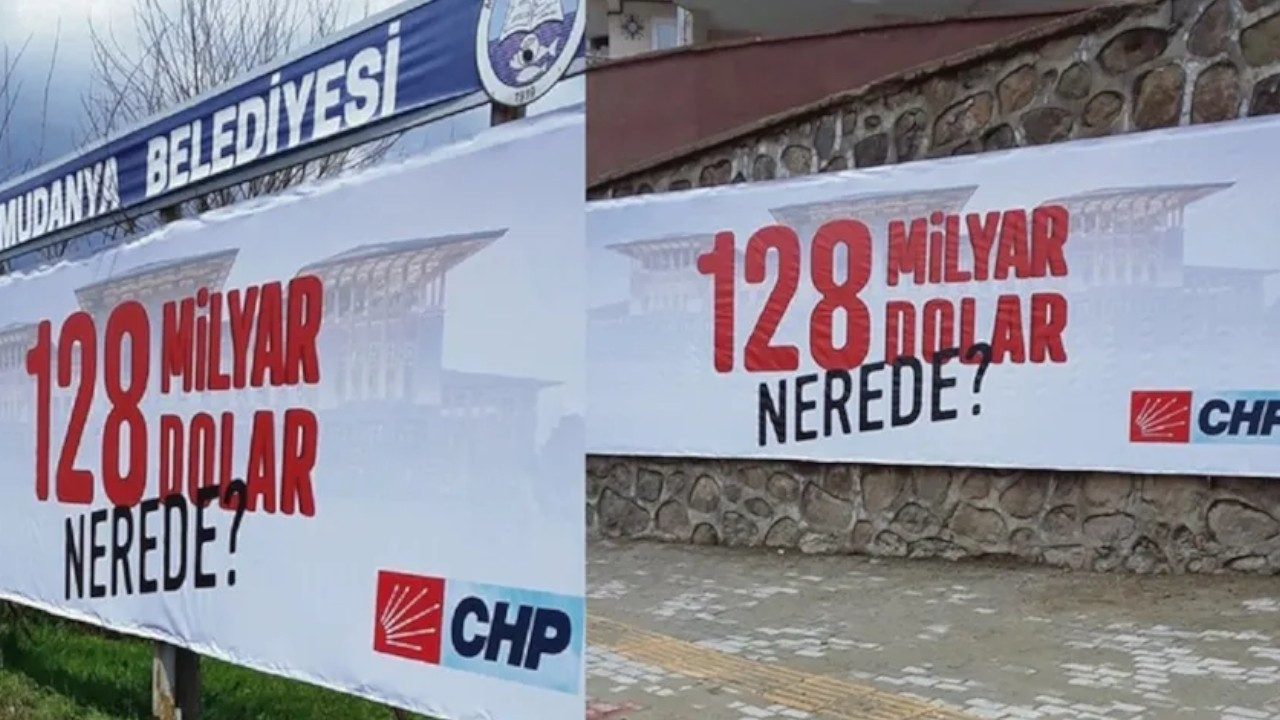