Turkish parliament’s Human Rights Committee on April 15 approved a report on the military conflict between Azerbaijan and Armenia over the Nagorno-Karabakh region.

The committee argued that Armenia was solely to blame for the conflict and that Armenian executives need to stand trial at the International Criminal Court over what it said “war crimes” and “human rights violations.”

The committee said the discussion on who started the military conflict is not important and even if Azerbaijan had started it, this needs to be considered within the “right of self-defense.”

“And this leads to the conclusion that Azerbaijan's actions are a legal act of defense and cannot be evaluated as a crime of aggression. Besides, Armenia's actions in Karabakh as a whole are illegal attacks,” the report said.

The report argued that Armenia had been “severely defeated” by Azerbaijan and had “targeted civilian settlement areas on purpose.”

The report also argued that Turkey's media watchdog RTÜK had not detected any “hate speech against the Armenian community in classical media” during this time period.

“This is a pleasant situation,” the report said, despite the Armenian community leaders' warnings about the increasing use of hate speech.

Committee members from the main opposition Republican People Party (CHP), lawmakers Mahmut Tanal and Servet Ünal, prepared a dissenting opinion saying that Armenians living in Turkey were targeted during the time of conflict between Armenia and Azerbaijan.

Basing their dissenting opinion on visits to the Turkish Armenian Patriarchate, Turkish Armenian Association, and relevant NGOs, they said that Turkey's Armenian citizens were exposed to “discriminatory language and hate speech.”

They said they were told by Armenian opinion leaders, intellects, business people and journalists that the Armenian community had been “saddened by provocative behaviors of some people and groups.”

The committee's member from the Peoples' Democratic Party (HDP), Fatma Kurtulan, has also submitted a dissenting opinion to the report, saying it was biased for including just the attacks targeting Azerbaijani civilians.

“In the face of Azerbaijan's allegations that Armenia has committed a crime against civilians, Armenia accuses Azerbaijan of the same charges. In this regard, the committee's report has been prepared without listening to the eyewitnesses on the Armenian side, without conducting a visit to Armenia and without analyzing Armenian civilian settlements,” Kurtulan said in her opinion.

She also said that Turkey's Armenian citizens have faced hate speech during this time, especially on social media, with the government failing to investigate the perpetrators.

The HDP lawmaker also recalled that some groups who ornamented themselves with Azeri flags were touring around Armenian neighborhoods, especially the Armenian Patriarchate in Istanbul when the Nagorno-Karabakh conflict broke out.

The six-week conflict between Azerbaijan and Armenia over the region and its surrounding areas was brought to a halt by a Russian-brokered ceasefire deal in November. 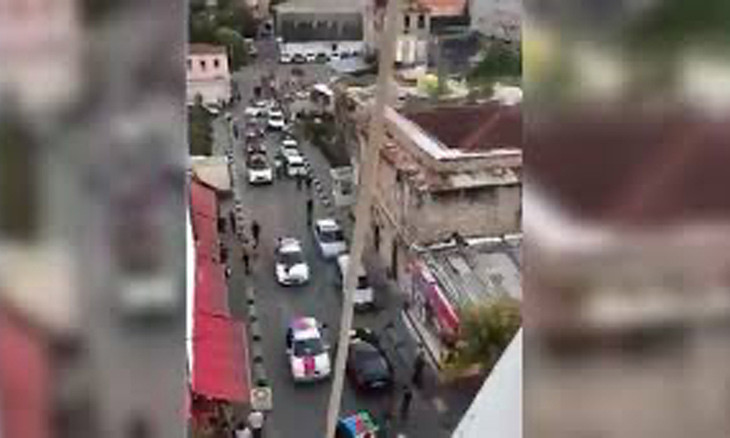