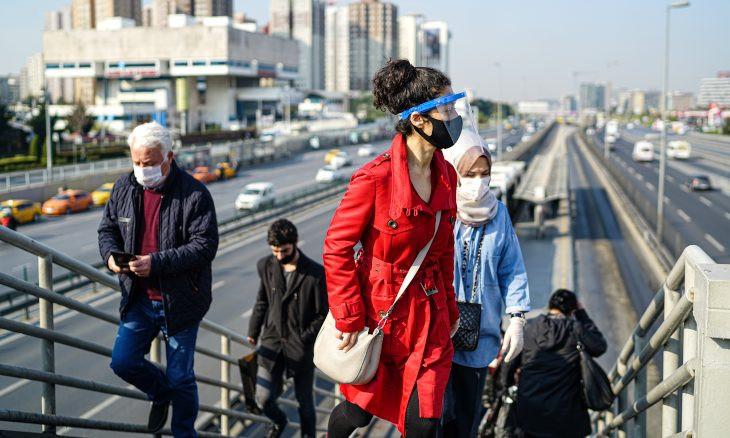 Turkey's Culture and Tourism Ministry said on Sept. 15 that theater, opera and ballet performances around the country were excluded from provincial health boards' new measures against COVID-19, a statement following widespread protest from artists about the government's inconsistent policies surrounding restrictions.

"Theater plays, operas and ballets that will be performed indoors or outdoors, have been moved outside the scope of provincial health boards' rulings," the ministry said in an official statement.

All performances will be carried out under guidelines created on June 23, that mandate the widespread availability of protective equipment, enforcement of safe distancing and health checks, the ministry added.

Provincial health boards across Turkey have been implementing additional measures as the nation observes a surge in COVID-19 numbers, in what the health minister defined as "a second peak of infections."

However, artists have been slamming ever-changing practices for entertainment venues as Ankara has been reluctant to implement new measures, but provincial health boards have been allowed to do so.

Legendary Turkish actor Genco Erkal shared a photo of a recent performance on Twitter with a caption criticizing the inconsistencies in COVID-19 restrictions.

"The most worrisome effect of COVID-19 is that it stops some administrators' brains. Cinema and theater performances in closed halls are OK, socially-distanced open-air performances are not. Meetings of the dynasty are OK, theaters are not. Let me know if you get it," Erkal tweeted on Sept. 13.

"Why the ban? You must be trying to distance from us..." Turkish actress Sumru Yavrucuk had said, also slamming the ban on open-air performances.

Following the reversal of the open-air performance ban, Erkal followed up with a tweet, noting that some open-air stages had already been deconstructed during the time when the ban had been in place.

"Where was your head gentlemen, where was it? You tore down the stage, you made a ruin!" Erkal said to the government in a Sept. 15 tweet.