A doctor was forced to apologize after saying in a secret footage that there are thousands of coronavirus cases in Turkey contrary to the numbers cited by officials.

In a footage recorded secretly during a conference given to medical professionals in Ankara University Faculty of Medicine's İbni Sina Hospital, doctor Güle Çınar is heard saying that there are thousands of coronavirus cases, as she was talking about the precautions need to be taken at hospitals.

“The number of cases is at thousands. The numbers are not at hundreds as officials reveal. It's now in the society and Istanbul is in a terrible condition. It also started terrible in Ankara,” Çınar says in the video that surfaced on social media on March 18.

“You need to act in a way that you feel comfortable, but we need to use the equipment very carefully, because it seems that we had a bad start and we don't know how it's going to go. We hope to not become Italy,” she adds.

In the undated video, Çınar notes that the situation was under control at first, but it was ruined by pilgrims who returned from Umrah.

The video was shared by thousands of social media users demanding an explanation from Health Minister Fahrettin Koca, who put the death toll at two and the case number at 191.

Following the incident, Ankara University Faculty of Medicine forced Çınar to apologize in a written statement, in addition to launching an investigation into the doctor.

The hospital's move was slammed by Turkish Medical Association, who urged the hospital to apologize for making Çınar apologize.

"We underline once again that protecting health professionals in every way in these difficult times is crucial in the struggle against the pandemic," a statement released from the association read, adding that Çınar's remarks in the video are not completely baseless. 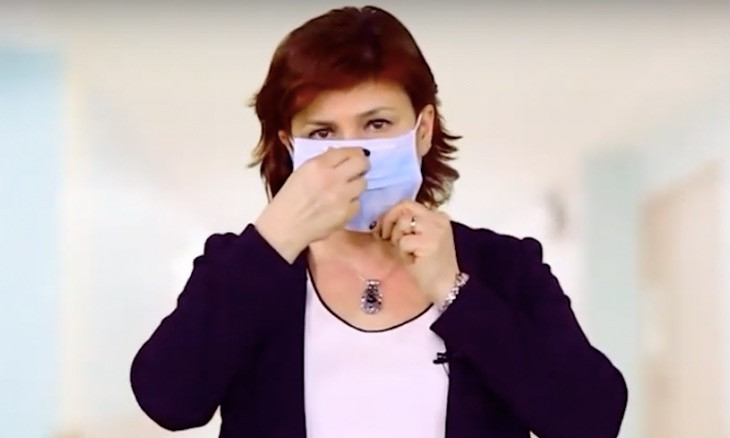 "Our colleague's remarks don't include any insults and are not completely baseless. It's known that all of the 21,000 pilgrims who returned from Umrah weren't tested or quarantined and that they are all around Turkey. That being the case, it's a shameful act to force a doctor to apologize over remarks used in a closed meeting," it added.