President Recep Tayyip Erdoğan has said that Turkey will control the spread of the novel coronavirus in a couple of weeks, or else will face severe consequences.

"By breaking the speed of the virus' spread in two to three weeks, we will get through this period as soon as possible with as little damage as possible. Otherwise, it is inevitable that we will face more severe consequences and accordingly more severe measures, as we have seen several examples [of other countries] surrounding us,” Erdoğan said in a televised address to the nation on March 25.

Turkey's death toll from the coronavirus increased by seven to 44 on March 24 and the number of confirmed cases rose by 343 to 1,872, after a surge in the first two weeks of the outbreak.

"Bright days await us, so long as we adhere by the warnings, remain cautious and careful," he added. "Every citizen's life is equally valuable for us. That is why we say 'Stay Home Turkey,'" Erdoğan said.

“The world is heading towards a period in which nothing will be the same as before and a brand new global, political, economical and social system will be built following this epidemic.”

Turkeyhas taken a series of measures to contain the virus, includinglimiting the use of public spaces, imposing a partial curfew on theelderly, in addition to closing schools, cafes and bars, banning massprayers, and suspending sports matches and flights.

Earlier on March 25, Education Minister Ziya Selçuk said Turkey will extend the closure of all schools until April 30, adding that home schooling will continue during this period. 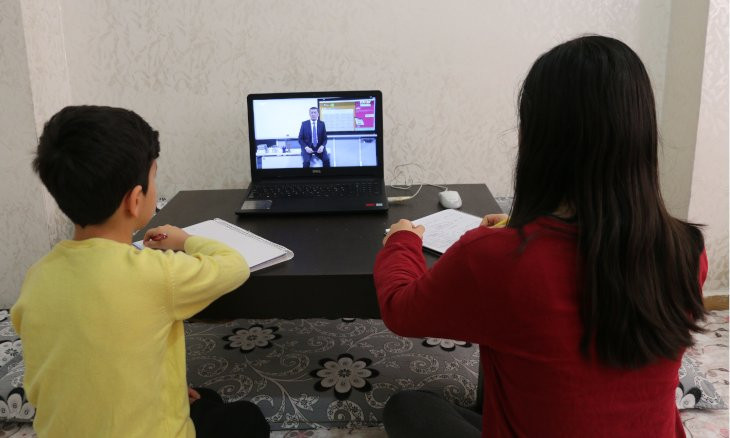