The shooting of a TV series for a pro-government channel has been ongoing despite backlash from unions, performers and thousands of social media users amid the coronavirus (COVID-19) pandemic.

ATV shared pictures from the set of the series called Eşkıya Dünyaya Hükümdar Olmaz, while also boasting about the precautions they adopted - a move that's deemed insufficient by unions and performers.

Unions and performers have been urging the suspension of TV series' sets since the beginning of the pandemic, but to no avail.

Speaking about the issue, renowned actress Ayşenil Şamlıoğlu said "There is no way that I can understand the continuation of these sets."

"A set environment is incredibly crowded. It's impossible for set workers to be healthy under these conditions," Şamlıoğlu told Duvar English, as she also gave an example on how the scenes are shot.

"If you're shooting a scene where one person is talking on the phone, there has to be three cameras, an audio personnel, people responsible for the lights and so on. It has to be crowded," she also said.

Saying that lead performers, who earn substantial salaries in Turkey, can distribute the money to set workers in order to temporarily halt shootings, Şamlıoğlu noted that one can't say, "We are working so that people can be entertained."

"Some sets can choose not to cancel, but the responsibility falls on the lead performers. They should say, 'I'm not coming,'" she said.

The continuation of sets was encouraged and praised by the head of Turkey’s Radio and Television Supreme Council (RTÜK), Ebubekir Şahin. 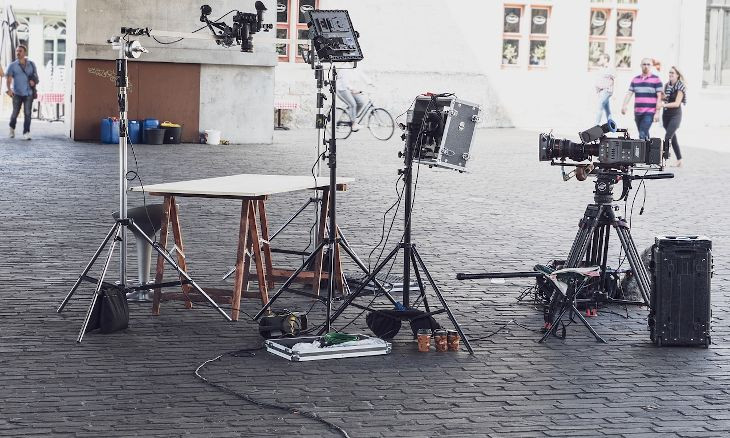 Şahin on March 19 thanked the staff of locally-made TV productions for making “sacrifices for citizens,” adding that TV shows and series were helping people to cope with the current situation of self-isolation.

When asked about Şahin's remarks, Şamlıoğlu said, "I don't know whether it's making sacrifices or contributing to the spread of the pandemic."

"It's definitely not enough to use gloves and masks," she added.