“There was a demand for medical aid from Israel, and it will be completed within days. We will simultaneously send medical supplies to Palestine,” Kalin told CNN Turk.

Relations sharply deteriorated between Turkey and Israel in 2010 when Turkish flotilla Mavi Marmara bound for the Hamas-run Gaza Strip was raided by Israeli commandos, resulting in the deaths of 10 civilians. Turkey expelled Israel’s ambassador, recalled its own envoy and pulled out of joint war games. While Israeli military sales to Turkey were halted, other trade ties proved resilient.

In 2016, a rapprochement was reached on the diplomatic level. However since the U.S. moved its embassy from Tel Aviv to Jerusalem in May 2018 which was followed by mass protests and killings of Palestinians by the Israeli security forces along the Gaza-Israel frontier, Turkey asked Israel's ambassador to temporarily leave the country and recalled its ambassador. 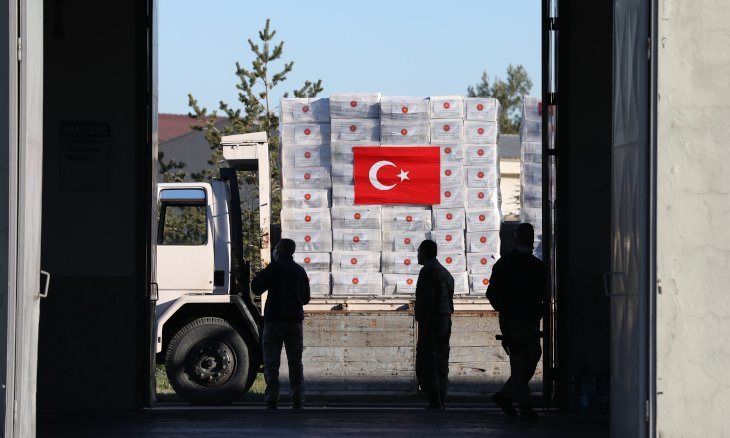 İbrahim Kalın said on Sunday that Armenia’s medicine demand was also approved by President Recep Tayyip Erdoğan, and it was currently in process by the Health Ministry.

Turkey also sent medical aid to five Balkan countries including Serbia, Bosnia and Herzegovina, Montenegro, North Macedonia, and Kosovo on April 8, as well as to Italy, Spain and the UK — the countries in Europe worst-hit by the virus — last week.

Ankara rules out borrowing from the IMF

The spokesman ruled out the possibility of any borrowing arrangement with the IMF -- which is offering new loans to economies amid the coronavirus fallout.

“In terms of contributing to the recovery of the global economy, the IMF, World Bank, G20 countries, international institutions and organizations, as well as individual countries, will of course fulfill their duties. However, Turkey does not seek an agreement with the IMF,” he said.