Prof. Dr. Mehmet Ceyhan, a member of the Turkish Health Ministry’s Coronavirus Science Committee, has said that Turkey does not have the capacity to manufacture massive quantities of coronavirus vaccines, even if the country's scientists develop it.

“Since the 1990s, Turkey has not developed a single vaccine from scratch. And developing a [coronavirus] vaccine will not be enough. Let's say you found it; then you need clinical trials on humans and animals to see if it is effective. Let's say you found it to be effective; then you have to manufacture it. We do not have yet a capacity to produce several million doses of vaccine,” Ceyhan said during a radio program aired on Radyo Trafik.

Ceyhan said that there are countries there are “more prepared” than Turkey regarding this issue and they have already developed vaccines for other viruses.

“Their facilities are ready. They will produce the vaccine the moment they develop it. Even for countries that are ahead of us [regarding vaccine development], the finish line is at least one year away. And since we do not have a vaccine manufacturing facility, this process will take longer for us,” he said.

Ceyhan'scomments came amid reports that the Turkish government is providingsupport to institutes and researchers in the country working to findvaccines. A Turkish virologist has already isolated the virus from asample received from a patient.

“To develop the vaccine, first the virus needs to be isolated. This has been done in Turkey, but this is only the first step and there will be hundreds [steps] more. For example, China isolated the virus on Jan. 7, but they are working on it since,” Ceyhan said.

The professor also said that Turkey is undertaking a "gradual implementation" of measures against the virus, and this puts the country at a disadvantage.

"Gradual implementation of measures has been also applied in Spain and Italy. This virus has an incubation period of 5.5 days. So, we can see the effectiveness of the measures we take today only one week later. And this means cases doubling. Taking measures in a gradual way has such a disadvantage," he said.

"Turkey is at beginning of this epidemic; no one should expect tomorrow or two weeks later for the cases to decrease and for the epidemic to go away," he said. 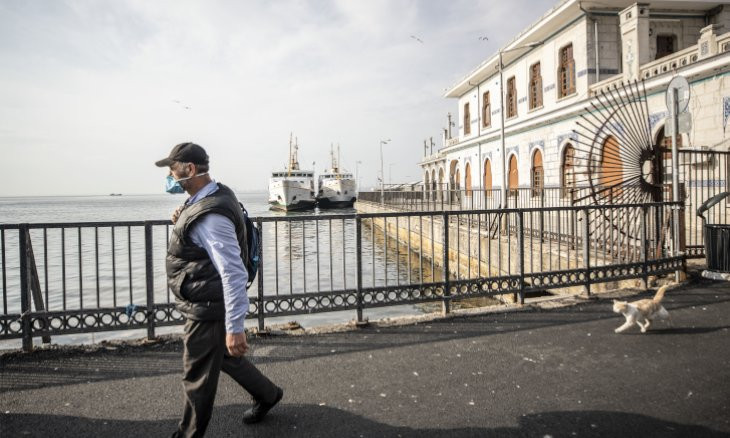