Turkish Health Minister Fahrettin Koca has pointed to the filiation method in curbing the spread of the coronavirus (COVID-19) pandemic, saying that the method helped Turkey in managing to slow the pace of the death toll increase.

"The way to halt the outbreak is through filiation," Koca said in a press briefing on April 15, adding that Turkey is the first country to reach a slowing of the pace of the death toll increase in its fifth week.

"The fact that the pace of the increase in the number of cases slowed down, as well as that of the death toll, shows that we are on the right track and that our measures are bearing results," he added.

The filiation method entails screening the chain of contact in the infectious disease, reaching people infected by the coronavirus, monitoring them and isolating the diagnosed for treatment.

According to Koca, Turkey has been using the method on all the patients diagnosed with the disease since it reported its first coronavirus case on March 11.

The minister said that Turkey has been reaching the people that those tested positive had contact with in the three days before the diagnosis. Some 261,989 people were determined with the chain of contact and 96 percent of them were reached to be monitored, he also said.

"There 1,200 filiation teams on duty in Istanbul, which has the highest number of cases. There are 4,600 teams across Turkey," Koca said, adding that the highest success rate was in the Black Sea province of Zonguldak with 99 percent, while the lowest was in the southeastern province of Urfa with 92 percent.

He also commented on their expectations on when the virus will peak.

"We expect the period of peak and plateau next. If another fluctuation doesn't take place, I think we'll reach the peak in one or two weeks," Koca said.

Turkey might cooperate with other countries to develop a vaccine, he said, but it attaches more importance to own clinical works. 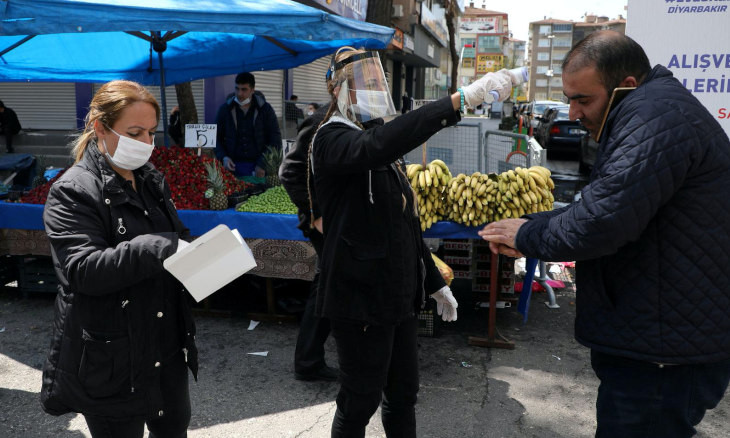