The coronavirus, with the exception of those who are forced to be outside, has kept us all inside of our houses. Staying at home has increasingly become to feel like being in captivity and it is unclear when this will come to an end. The fear of catching the virus after going out for a walk or going to the market to shop for groceries is enough to drive one up the wall.

There is still no drug that can destroy this virus. In spite of this, we are seeing many people emerge from the hospital to applause after testing positive and recovering from the virus.

Fatih Yokuş from Diyarbakır was among the pilgrims who traveled to Mecca to perform the Umrah, a group of people who have been the subject of controversy as the coronavirus pandemic reached Turkey. was quarantined for 14 days in the city of Kayseri upon his return from the Umrah.

Fatih Yokuş, who hails from Diyarbakır, is among those lucky ones with a solid constitution who were able to defeat the coronavirus.

Yokuş, who writes for the Tigris newspaper that is published in Diyarbakır, was among the pilgrims who traveled to Mecca to perform the Umrah, a group of people who have been the subject of controversy as the coronavirus pandemic reached Turkey. In spite of the breakout of the virus, they were given permission to go on the Umrah, but when a certain number of them returned, they were sent to quarantine before they were able to return to their hometowns.

“When I made the decision to go on the Umrah, the only information I had regarding the coronavirus came from what I saw on the news. I mean, I knew that it came from China, and that it was contagious and deadly. I had no idea about the possibility of it being in our country, how it was transmitted, or how to protect myself against it,” Yokuş said.

While Turkey and the rest of the world were talking about the coronavirus, those going on the Umrah were not given any information by the authorities while making their pilgrimage. 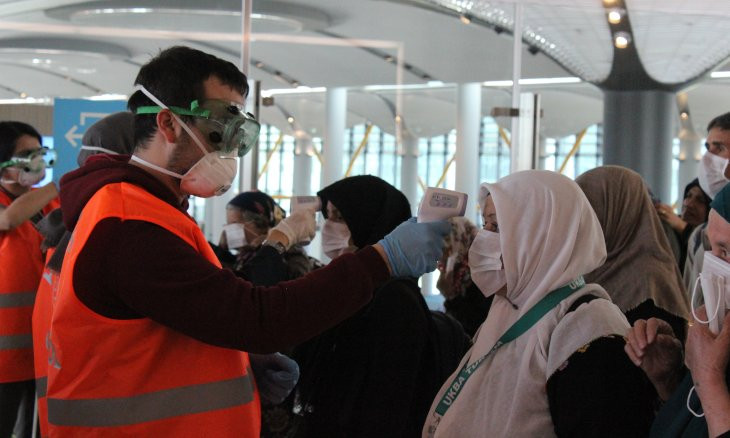 How and where did Yokuş catch the virus? He himself is unsure of the answer, because while on the way to Umrah he didn't have enough information about the virus and its symptoms.

“When I arrived at the airport in Jeddah, I started to cough. I figured that this was normal and was due to the change in the weather. It increased when I was in Mecca. Because I am allergic to medication I did not go to the doctor. I drank hot water with lemon and mint. I felt a bit better, and my temperature was normal,” Yokuş said.

When he arrived at Mecca there were no extraordinary precautions being taken. This is evident in the photographs that Yokuş took while there. The photos show that the people there for Umrah were not aware of social distancing and were not wearing masks.

“However, when the virus began spreading throughout the area, we heard the news that the Saudi authorities wanted us to return to our countries. Due to the first case in Turkey, there were measures taken in Mecca. Many mosques were closed. The mosques that were open were disinfected and public transportation was halted. Visiting the Kaaba was limited and the streets were disinfected. When we arrived in Medina our temperatures were taken,” Yokuş said, adding that his cough continued and that people were pressured to return to their countries.

Yokuş said that on his return, the Jeddah airport was full of people from different countries, and hygiene and personal protection supplies were not sufficient. By the time he boarded his flight, his cough increased, he became nervous, and his appetite deteriorated. At this point, he began to fear that he had contracted the virus.

The ensuing journey was complicated and confusing, as Yokuş learned that the flight was not bound for Istanbul, but for Ankara. Rather than Ankara, the plane landed at the airport in the city of Konya. They waited on the plane for several hours, and were then flown to the city of Kayseri, where they were quarantined.

Yokuş said that the dormitory in which they stayed was kept clean, food was delivered to their rooms, and the hygiene standards were proper, and he thanked those in charge for ensuring this.

During his time under quarantine, Yokuş struggled with a lack of appetite and an increase in his fever, saying that he thought he was going to suffocate one night due to his cough, and that his throat and mouth were sore. The test results came on his twelfth day of quarantine, despite having his temperature taken every day, and Yokuş was informed that he had contracted the coronavirus.

Yokuş was then taken to a hospital, where he was given medication for two days, and an increased dose for the following three days. At this point, he began to recover, and he stopped coughing. They tested his blood and administered a second coronavirus test, which came back negative, and he was discharged from the hospital. He maintained a 14-day quarantine at home upon returning to Diyarbakır and beat the virus.

“One of the women on the Umrah had a high fever and was sent to the hospital. When her husband fell ill, he was also hospitalized. These two people from my group were killed by the coronavirus. Everyone please take the corona epidemic seriously. Let's take the recommendations from the scientific committees seriously and adhere to them with the utmost care,” Yokuş said. 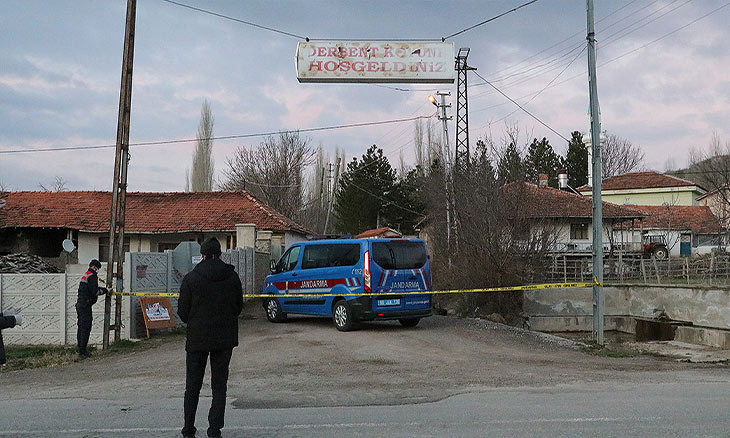