Turkey's Interior Ministry said on May 6 that the closing hours of markets and grocery stores will be extended to 11 p.m. local time on May 8, ahead of this weekend's curfew in 24 provinces.

The circular sent to the local governor's offices said that bakeries, hospitals, pharmacies and workplaces producing health products and medical supplies will continue to operate during the curfew on May 9-10.

Turkey has been imposing a weekend curfew in 31 major provinces since April 11 in an attempt to stop the spread of the novel coronavirus. President Recep Tayyip Erdoğan last week announced that these weekend curfews will continue until the end of Eid al-Fitr in late May. 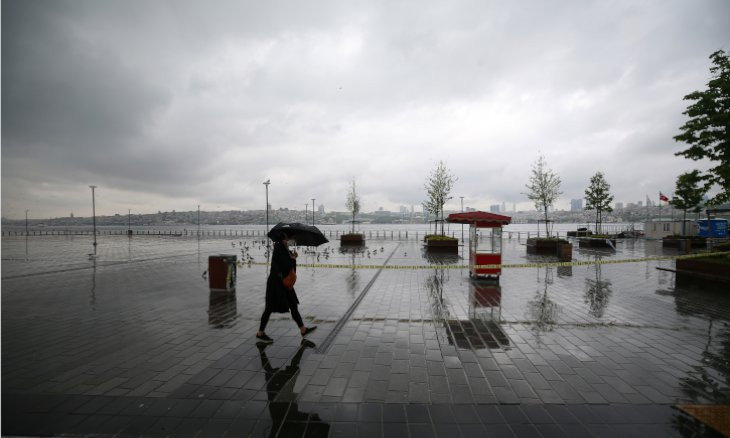 In a separate statement, Erdoğan said on May 4 that Turkey is starting to ease restrictions against the virus as early as this weekend. He said that travel restrictions would be lifted for seven provinces. With this move, the number of provinces where weekend curfews are implemented fell from 31 to 24.

Erdoğan also said on May 4 that people under the age of 20 and over 65 will be allowed to go outside for four hours for one day a week.

Elderly will be allowed to leave their homes on May 10

The Interior Ministry announced the details of this relaxation on confinement rules in a separate circular on May 6, saying that people over 65 years old would be allowed to leave their homes, remaining within walking distance and wearing masks, on May 10 between 11.00 a.m. 3:00 p.m. local time.

Children under 14 years old will be allowed out on May 13 during the same hours, while 15-20 year-olds would be able to leave their houses on May 15, also within walking distance and wearing masks, the statement added.

Turkey introduced stay-home orders for those over the age of 65 on March 21, while those under 20 years old had been restricted since April 3 to stem the spread of the virus.

In a separate statement, the ministry said that flower shops would be operating home-deliveries despite curfew over the weekend to mark Mother's Day on May 10.