Menica Encü, who lives in the village of Ortabağ in Şırnak's Uludere district, defeated the disease with the treatment she received in a provincial COVID-19 hospital for 15 days.

Encü -- who is 120 years old according to the hospital log -- has 12 children and over 100 grandchildren. After her COVID-19 test result appeared to be positive in the health screening performed by the mobile teams of the provincial health directorate, she was taken to the hospital for treatment.

The woman, who was excited about regaining her health after 15 days of treatment, was discharged from the hospital in applause of the doctors.

Bilim Kehya Akcan, a doctor who treated Encü, said the patient had complaints of shortness of breath and respiratory failure some two weeks ago, and she was brought to the hospital after being tested by mobile health teams.

The patient responded positively to the treatment, Akcan said, adding that although she has recovered and discharged from the hospital, more attention was needed to take care of her in the upcoming period. 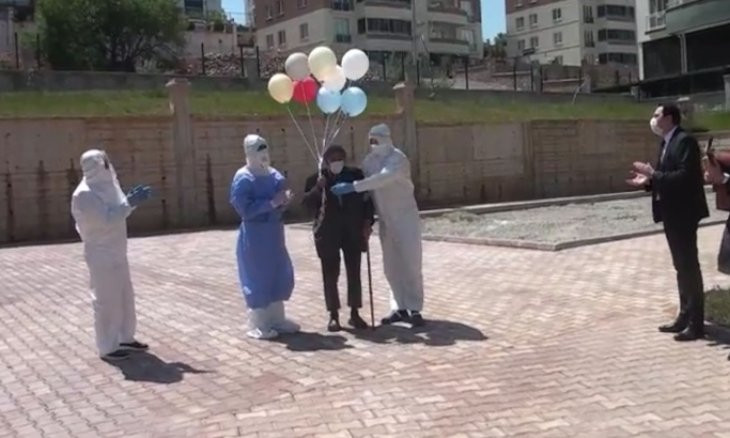