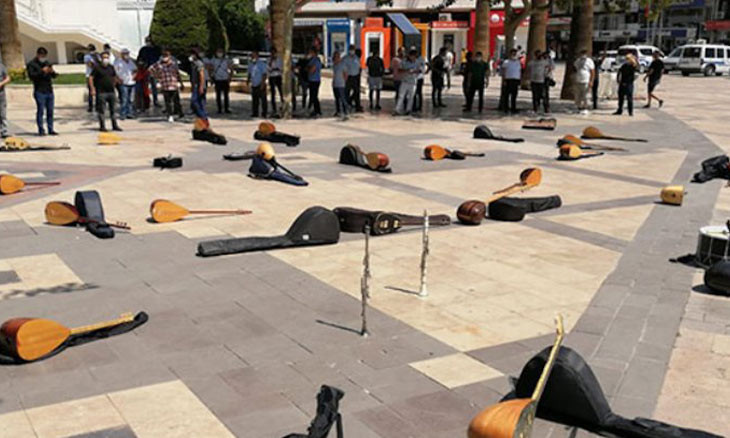 Turkish musicians have launched a campaign on social media with the hashtag of #MüziğeSesVer (which translates as “Give voice to music”) to draw attention to the economic difficulties faced by the music sector employees, especially due to the COVID-19 outbreak.

“It is impossible for the sector to recover from the current financial damage through its own efforts…This health crisis has left economic damages in music sector, as in other sectors as well,” said a statement issued by the campaign organizers.

The statement indicated that the music sector provides employment for about 1 million people in Turkey and the pandemic has led to high unemployment in the profession.

Following a recent spike in COVID-19 infections, the government last week imposed tougher measures in an attempt to curb the spread of the virus, including banning both live and recorded music after midnight. 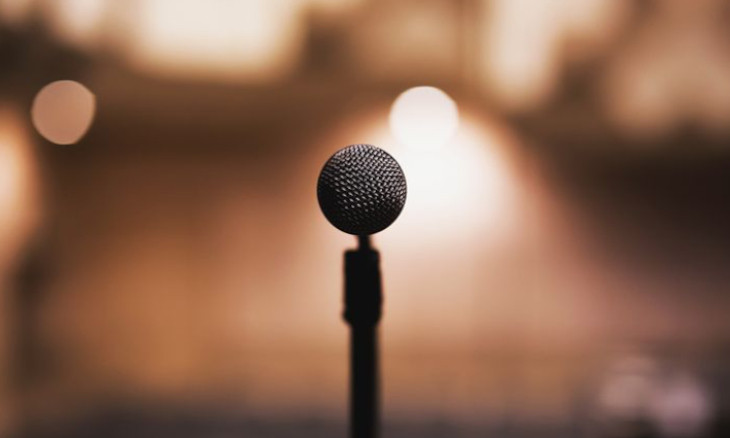 The regulation has angered entertainment industry workers who accused the government of hypocrisy. They have pointed out that social distancing measures were being overlooked in several occasions, but similar exemptions have not been made for the music sector.

Health Minister Fahrettin Koca has recently said that “no one should give into pessimism” since there is “a powerful government that thinks of you.”

Musician Ceylam Ertem slammed Koca's remarks in a series of tweets, writing: “There are many reasons for pessimism. What do you propose for us to make a living and to stay optimist? There are people in my team who have just had babies, whose mothers, fathers are ill, who have had to leave their houses. How will they earn their living?”

“We suppose that there is six more months ahead of us. They have again turned down the music as a first step. When I think of the people in my team, I cannot sleep. When I think of my family, myself…My shoulder pain is unbearable. When I do not have concerts, at least 20 people cannot bring home the bread,” Ertem worte.

Musician Ozan Çoban similarly said that the government-imposed restrictions on performances have left musicians unemployed, several whom even had to sell their instruments.

“I have just seen that a musician has put their instrument for sale due to the pandemic and I found myself having a lump in my throat. Forced to sell someone from your family, a fellow traveler…Cutting a part of yourself that kept you a company in tables, stages for so many experiences…Such a big pain, a heavy burden,” Çoban wrote.

Musician Sıla Gençoğlu similarly voiced her concern for the ailing music sector, saying: “We are crowded. We are worried about our teammates, our musician friends. Keep that in mind.”