The U.S. has voiced solidarity with Turkey after Syrian shelling killed five soldiers and three civilian personnel in Idlib.

“We stand by our NATO ally Turkey in the aftermath of the attack, which resulted in the death of multiple Turkish personnel serving at an observation post used for coordination and de-escalation, and fully support Turkey’s justified self-defense actions in response,” U.S. Secretary of State Mike Pompeo said in a statement on Feb. 4.

"We send our condolences to the Government of Turkey on their deaths.”

The U.S. stands by our @NATO Ally #Turkey in the aftermath of the mortar attack by Assad regime forces on Turkish observation posts. This is a grave escalation. The Assad regime, Russia, Iran, and Hizballah's ruthless actions are preventing the establishment of a ceasefire.

In addition to the eight people killed, 13 others were injured in the attack. They are in good condition, according to Turkish Defense Minister Hulusi Akar.

Turkey struck over 50 targets in retaliation and killed 76 Syrian soldiers, he also said. 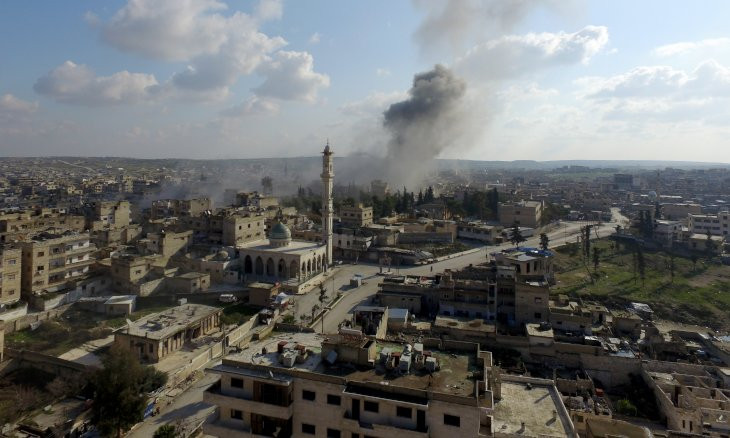 Idlib is the last remaining stronghold of jihadists.

Turkey and Russia agreed in September 2018 to turn Idlib into a de-escalation zone where acts of aggression are expressly prohibited.

“The United States once again condemns the continued, unjustifiable, and ruthless assaults on the people of Idlib by the Assad regime, Russia, Iran, and Hizballah,” Pompeo said.

"Brutal actions by the Assad regime, Russia, the Iranian regime, and Hizballah are directly preventing the establishment of a ceasefire in northern Syria," said Pompeo, as he called for an end to the attacks, access for humanitarian aid and peace in line with UNSCR 2254 -- a 2015 UN Security Council resolution that called for a cease-fire in Syria and a political settlement of the conflict.

"The United States will do all in its powers to block any reintegration of the Assad regime into the international community until it complies with all provisions of UNSCR 2254, including a nationwide ceasefire that incorporates Idlib," he concluded.

Earlier, U.S. State Department spokeswoman Morgan Ortagus had also issued a statement, saying: "We stand by our NATO ally Turkey against these actions, send condolences to the Turkish government on the deaths of their people and fully support Turkey’s justified self-defense actions in response."

"We are consulting with the Turkish government on this matter," she added.

Meanwhile, Turkish President Tayyip Erdoğan held a phone call with his Russian counterpart Vladimir Putin late on Feb. 4. Erdoğan told Putin that the attack on Turkish military personnel damages joint peace efforts in the region, according to a statement released by the Turkish presidency.

Erdoğan also told Putin that Turkey will use its self-defense rights in case of a similar attack, the Turkish presidency said.

The Kremlin also released a statement about the phone call saying Putin and Erdoğan agreed to take immediate measures to improve coordination of their countries' actions in Syria.

The two leaders highlighted the need to follow Russia-Turkey agreements on Idlib that envisage increasing cooperation to "neutralize extremists," the Kremlin said.

A day after the attack, Turkish Foreign Minister Mevlüt Çavuşoğlu said that Ankara and Moscow are taking steps to ease tensions in Idlib.

"We seek to put an end to these conflicts together with Russia, like we did within the Astana and Sochi processes. We cannot put up with attacks on our forces, so we took retaliatory measures in Idlib and we will continue to act this way," Çavuşoğlu said, adding that the Astana and Sochi peace processes are damaged.

According to Çavuşoğlu, Ankara and Moscow "would like to ensure a permanent ceasefire and pave the way for a political solution." 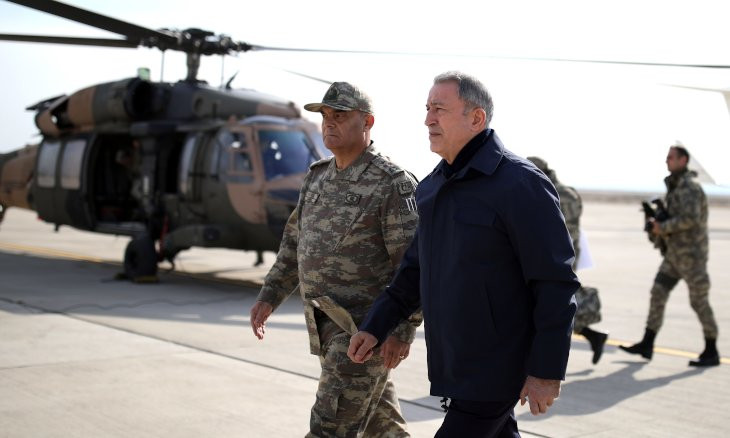 "I told my counterpart Sergei Lavrov that the regime was carrying out provocative attacks on our observations posts around Idlib, that we will retaliate if they continue this and that they need to stop the regime as soon as possible," he said.

"We also don't accept the excuse of 'we cannot fully control the regime' here," he said, adding that agreements with Russia regarding Idlib must be revived.

Konstantin Kosachev, a senior Russian lawmaker, said Moscow was very concerned about the situation in Idlib, calling it a "serious test of the strength of the existing Russian-Turkish agreements" in both Idlib and in northeast Syria, where the two countries have been carrying out joint patrols.

He said Turkey had no plans to withdraw from 12 observation posts it established in the area as part of a 2017 agreement with Russia and Iran, even though some posts are now surrounded by Syrian government forces.

"There is information that some observation posts have been besieged by the regime, but the [supply of] new weapons, equipment and military support towards Idlib is continuing," the official told Reuters, speaking on condition of anonymity.