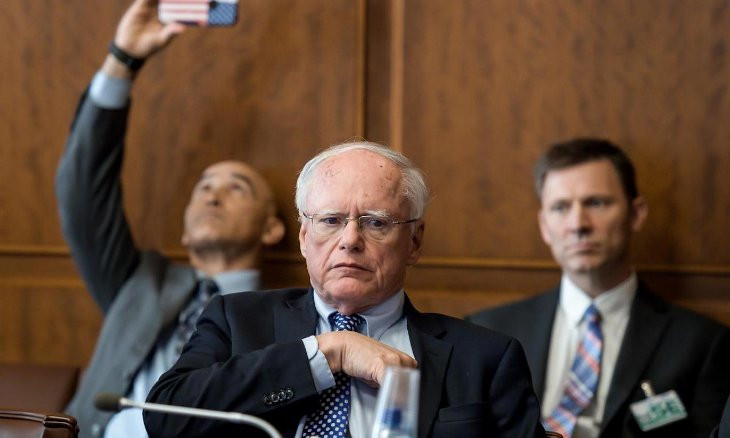 US delegation visits Ankara for talks on Syria

The United States is willing to provide ammunition alongside humanitarian assistance to Turkey in Syria's war-torn Idlib region, the U.S. special representative for the region James Jeffrey said on March 3.

"Turkey is a NATO ally. Much of the military uses American equipment. We will make sure that equipment is ready and usable," Jeffrey told reporters in Turkey's border province of Hatay.

U.S. and U.N. officials visited Hatay to view efforts to cope with one of the biggest humanitarian crises of Syria's nine-year civil war.

U.S. Ambassador to Turkey, David Satterfield, said at the briefing that Washington is examining Ankara's request for air defense systems.

Ankara has asked for the use of U.S. Patriot surface-to-air defences, even though it opted to buy the Russian-made S-400 alternatives last year in a move that enraged Washington and teed up U.S. sanctions.

Satterfield said alongside Jeffrey that Washington is considering the request in the context of the S-400 purchase, without elaborating.

Turkish President Recep Tayyip Erdoğan is scheduled to meet Russian counterpart Vladimir Putin on March 5 after weeks of talks between their delegations have so far failed to agree a ceasefire.

Jeffrey said the United States is "in close consultation with the Turks (and) we are seeing what kind of diplomatic positions they will be taking when President Erdoğan goes to Moscow to see President Putin."

He called Russian policy in the rebel-held Idlib "totally evil," saying its main focus is "attacking and terrorizing civilians."

Also on March 3, Jeffrey and U.S. Ambassador to the U.N. Kelly Craft crossed into Idlib in a show of support for Turkey. This is the first time a senior U.S. official has entered rebel territory in Idlib.

The US ambassador to the UN crosses into rebel-held Idlib in a show of support for Turkey in its fight against Syria. Jeffrey too. It's the first time senior US officials have stepped into rebel-held territory in Syria.
(They go to the northeast all the time, which is different) https://t.co/MUAwQ2gsIT

Along with Jeffrey, Craft announced an additional $108 million of U.S. assistance to people in Syria.

Craft told reporters that the U.N. had told Russia to broker a ceasefire in Idlib. She said that the attacks of Syrian government forces in the region had been continuing for "a very long time" and Syrian President Bashar al-Assad could not maintain his government's existence in such circumstances.

She also said that channels of dialogue need to be launched as soon as possible between the conflicting sides and the U.N. supports additional border crossing. She said the border crossing stations at Bab al Hawa and Bab al Salam must remain open, referring to them as “vital humanitarian cross-border lifelines in to Syria.” "A third border crossing station can be also opened," she said.

Jeffrey said the Turkish soldiers were in Idlib to "prevent a humanitarian disaster" and to ensure a political solution in the region.