Turkey on April 14 repeated an offer to the United States to establish a technical working group including NATO to help solve a dispute over Ankara's purchase of Russian missile defenses that angered Washington.

The United States says the S-400s are not compatible with NATO systems and threaten the stealth capabilities of its Lockheed Martin F-35 jets. Turkey rejects this and says the S-400s will not be integrated into the alliance's defenses.

Before the outbreak of the coronavirus shifted focused away from the issue, Ankara's bilateral ties with Moscow took a heavy blow over Russia's support for Syrian President Bashar al-Assad's military offensive on northwestern Syrian town of Idlib.

In early March as fighting between Syrian government forces and the Turkish military and allied Syrian rebels intensified, Ankara sought help from the United States to give it ammunition as well as humanitarian assistance for hundreds of thousands of civilians fleeing the battle. 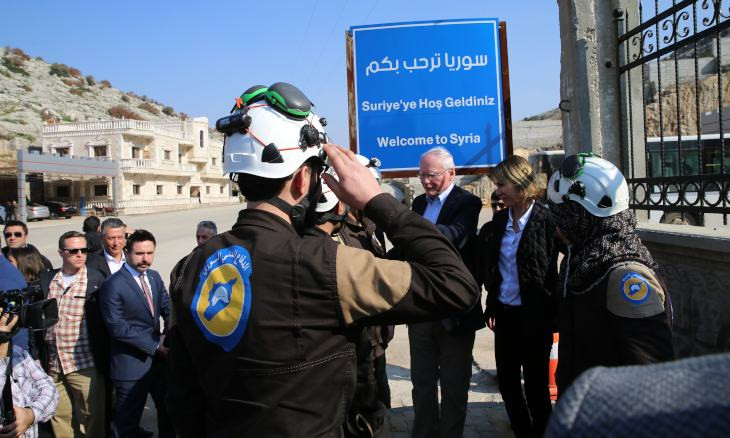 US willing to provide ammunition to Turkey for Idlib, examining request for air defenses

Since then, both Turkey and the United States have largely kept silent on the S-400 issue. Turkey had previously said it would make the Russian missile defense systems operational in April but so far there has been no sign of such a move.

Speaking at a virtual Atlantic Council event, Foreign Minister Mevlüt Çavuşoğlu said Turkey's stance on how to solve the issue had not changed.

He also added that Turkey was still willing to purchase Patriot batteries if it had a good offer. Washington has repeatedly said it was unwilling to provide Patriots to Turkey unless it returned the S-400s.

Turkish President Recep Tayyip Erdoğan visited Washington last November and met with U.S. President Donald Trump and agreed him with about setting up a working group but the effort made little progress.