The United Nations has revealed a short-lived secret mission in Libya that aimed to prevent shipments of Turkish-supplied weapons from reaching the government in Tripoli by sea.

According to the United Nations investigators, a group of mercenaries were deployed in Benghazi in June as part of the secret mission in support of the Libyan National Army (LNA) commander Khalifa Haftar.

The team of 20 mercenaries was led by Steve Lodge, a former South African Air Force officer who also served in the British military and worked as a private military contractor in Nigeria. The others were also ex-military — 11 South Africans, five Britons, two Australians and one American, a trained pilot, The New York Times reported on May 26.

Their mission was to fight alongside the Libyan commander Haftar in his all-out assault on the Government of National Accord (GNA) in Tripoli, for which they were to be paid $80 million.

According to the U.N., the plan was to create a marine strike force using speedboats and attack helicopters that would board and search merchant ships. Investigators believe the marine force was part of a larger operation that also involved commandos who would surveil and destroy enemy targets.

Six helicopters were bought in South Africa and trucked to the international airport in Gaborone, Botswana. Though clandestine, the operation left behind a long trail of evidence, starting with photographs published online by The Botswana Gazette of three Super Puma helicopters, strapped to trucks, being driven down a highway.

The helicopters were loaded into cargo planes, one of which was owned by SkyAviaTrans, a Ukrainian company whose motto, borrowed from a Vietnam-era C.I.A. airline, is “Anything, Anytime, Anywhere, Professionally.” The airline was cited last year in a United Nations report for transporting military items into Libya. 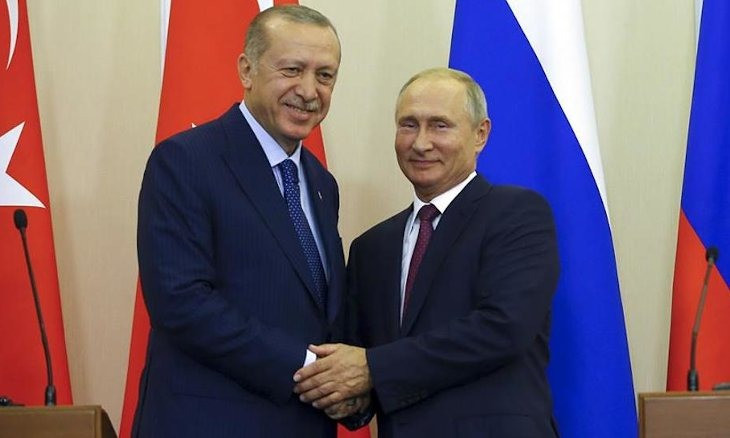 Flight documents listed the planes’ destination as Jordan but they landed at Benghazi airport, near Haftar's headquarters in eastern Libya.

Two former British marines piloted their boats, a pair of military-grade inflatables, across the Mediterranean from Malta. Six helicopters were flown in from Botswana using falsified papers. The rest of the team — soldiers of fortune from South Africa, Britain, Australia and the United States — arrived from a staging area in Jordan.

The mission, however, went wrong when a dispute erupted with Haftar over the quality of the aircraft. On July 2, after just four days in Libya, the mercenaries scrambled for their speedboats and roared out to sea, headed for the safety of Malta.

Since his first offensive in 2014, Haftar has been backed by an array of foreign forces. In the past year, a powerful Kremlin-backed private army, the Wagner Group, turbocharged his flagging assault on Tripoli. But Turkey joined the fight on behalf of Tripoli in January and has thrown Haftar's campaign into disarray.

The abortive mercenary expedition last summer was organized and financed by a network of secretive companies in the United Arab Emirates, according to a confidential report submitted to the United Nations Security Council in February. The companies are controlled or part-owned by Christiaan Durrant, an Australian businessman and former fighter pilot who is a close associate of Erik Prince, America’s most famous mercenary entrepreneur.

Prince, whose close ties to the administration of the U.S. President Donald Trump have come under Congressional scrutiny in recent years, has provided private militia forces for Crown Prince Mohammed bin Zayed, the de facto ruler of the United Arab Emirates and the leading foreign sponsor of Haftar's war in Libya.

United Nations investigators are examining whether Prince played any role in the failed mercenary operation.

Lodge, the commander, negotiated the deals, but they were contracted and paid for by several Dubai-based companies controlled or part-owned by Durrant. 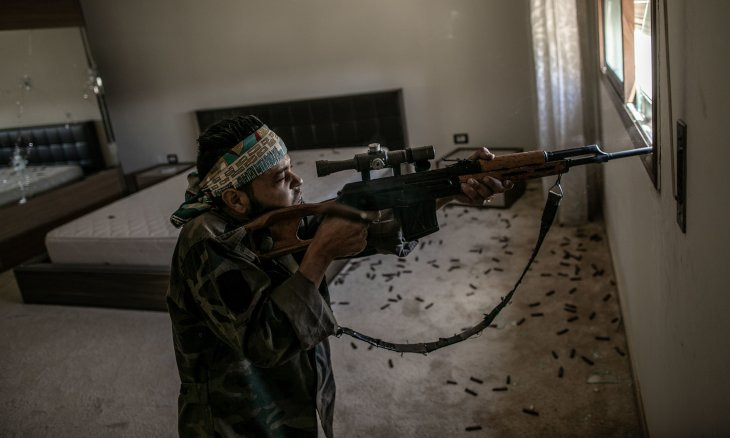 One of the companies, Lancaster 6, is part of a network of similarly-named companies in Malta, the Emirates and the British Virgin Islands. “Prosperity breeds peace,” reads its website.

Another, Opus Capital Asset, is run by Amanda Kate Perry, a prominent British businesswoman in Dubai who promotes women entrepreneurs and was hailed by a local magazine, Emirates Woman, as one of its 2019 “visionaries.”

Elsewhere, Tunisia’s leader discussed the latest developments in Libya by phone with GNA leader Fayez al-Sarraj on May 26, the Tunisian Presidency said in a statement.

Tunisian President Kais Saied reaffirmed Tunisia's position in favor of international legitimacy and an inter-Libyan solution which reflects the will of the sovereign Libyan people to decide their future without any interference, the Presidency said.

Vladimir Dzhabarov, first deputy head of the upper house's international affairs committee, said on May 27 that Russia has not sent military personnel to Libya and the Russian upper house of parliament has not received a request to approve such a dispatch.