President Recep Tayyip Erdoğan has reportedly ordered the establishment of an institution to develop strategies regarding the Armenian Genocide.

The institution, which will be autonomous and civilian, will work towards answering claims on the issue, daily Hürriyet reported on June 23.

According to the daily, the issue was first discussed three months ago when a bill on the mass killings of Armenians at the hands of the Ottomans in 1915 was on the agenda of the U.S. Congress and Armenians were filing lawsuits in the U.S.

The report said that the meeting on the issue was planned to be held back then, but was postponed to this month amid the coronavirus (COVID-19) pandemic.

The suggestion came from Cemil Çiçek, a member of the High Advisory Board, during a board meeting on June 16. Çiçek and one of the chief presidential advisors, Seyit Sertçelik, gave a briefing to Erdoğan on the subject. 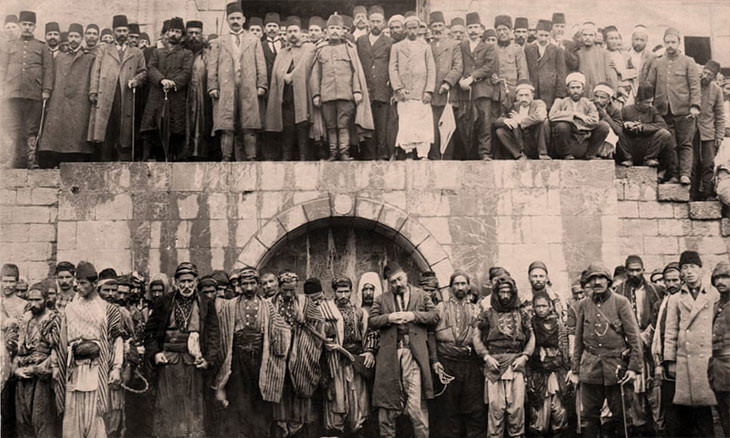 The officials said that there aren't any institutions that deal with the Armenian Genocide, adding that a wholesome strategy hasn't been able to be developed.

According to the daily, a report prepared by five universities was presented to Erdoğan, who ordered works on the subject to be completed as soon as possible.

During the meeting, officials pointed to the fact that the authority to work on the Armenian Genocide was taken from the National Security Council (MGK) with the constitutional amendments in 2015, adding that the formation of an institution that won't be directly linked to the government or the state is needed.