Turkey has carried out the largest anti-narcotics operation in its history, Interior Minister Süleyman Soylu said on June 30, adding that it was conducted in cooperation with nine countries.

A total of 67 suspects out of 94 were nabbed and 70 million Turkish Liras (over $10.21 million) seized in the operation titled Swamp.

"Traffic worth 500 million liras was prevented. It was the biggest operation in Turkey's history in terms of preventing income from drugs and crime," Soylu said.

"Our justice ministry, prosecutors, courts and security forces are carrying out a major struggle against income from crime," he added.

The Netherlands, Belgium, Spain, Italy, Chile, Ecuador, Peru, Britain and Brazil were among the countries cooperated with for the operation. In Turkey, it was conducted in 11 provinces. 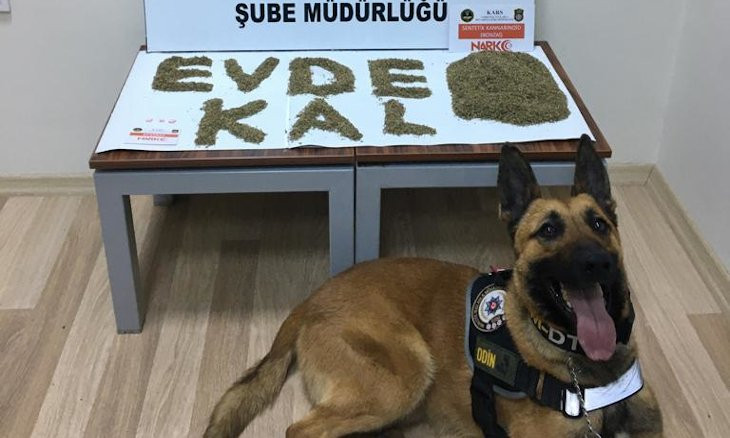 The operation aimed to take down an international drug network that was determined to be active since the 1990s in nine countries.

The operation began with the investigation of six suspects and three companies, which was followed by authorities determining 94 suspects and 16 companies with links to them.

One of those apprehended in Istanbul was determined to have escaped from a prison in Brazil and fled to Turkey after breaking his ankle monitor that he had as part of his judicial control imposed over drug trafficking and money laundering.

Several of those detained were being sought with a red notice by Interpol, Turkish officials said.

“One of the group’s top executives is wanted with an [Interpol] red notice, and has been sentenced to 26 years in prison in Brazil and the Netherlands,” Soylu said.

The bank accounts, vehicles and houses of those detained were seized by police. The assets of the aforementioned companies were also seized.