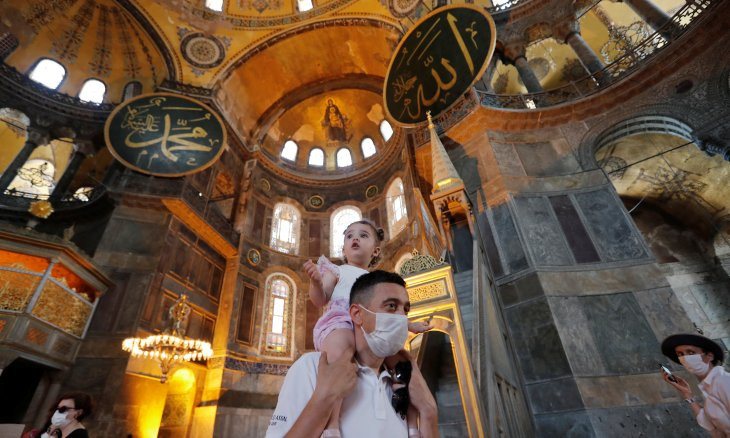 Patriarch Kirill, the leader of Russia's Orthodox Church, said on July 6 that calls to convert Istanbul's Hagia Sophia into a mosque posed a threat to Christianity.

Turkish President Recep Tayyip Erdoğan has proposed restoring the mosque status of the UNESCO World Heritage Site, an ancient building at the heart of both the Christian Byzantine and Muslim Ottoman empires and now one of Turkey's most visited monuments.

The proposal has been criticized by several religious and political leaders, including the Istanbul-based Ecumenical Patriarch, spiritual leader of the world's Orthodox Christians, as well as Greece, France and the United States.

"A threat against Hagia Sophia is a threat to all of Christian civilization, meaning [a threat to] our spirituality and history," Patriarch Kirill said in a statement.

"What could happen to Hagia Sophia will cause deep pain among the Russian people." 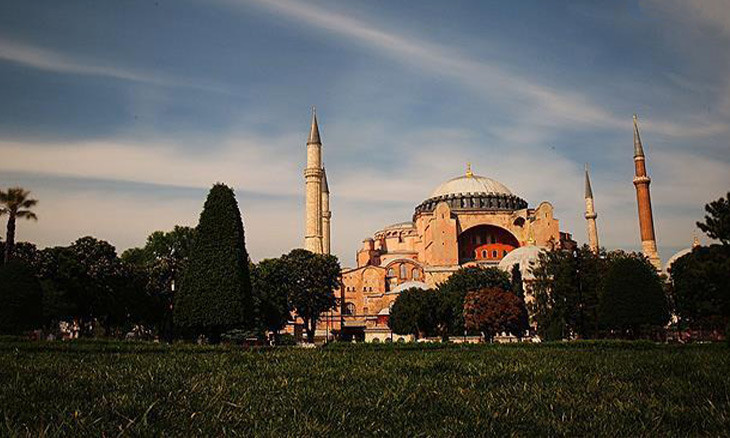 The Kremlin said on July 6 it hoped Turkish authorities would take into account Hagia Sophia's status as a World Heritage Site.

"This is a beloved world masterpiece for tourists from all countries who visit Turkey, including for tourists from Russia, for whom Hagia Sophia, in additional to its tourism value, has an very deep sacred spiritual value," Kremlin spokesman Dmitry Peskov said.

Erdoğan said last week that criticism over the possible conversion of the monument - known in Turkish as Ayasofya - was an attack on Turkey's sovereignty. Many Turks argue that mosque status would better reflect the identity of Turkey as an overwhelmingly Muslim country, and polls show most Turks support a change.

Hagia Sophia was an important place of worship for Orthodox Christians for centuries until Istanbul, then known as Constantinople, fell to the Ottoman Turks in 1453. They turned the building into a mosque but after the creation of the modern Turkish Republic under Mustafa Kemal Atatürk it became a museum in 1934.

Many Christians were comfortable with Hagia Sophia's status as a museum because this effectively created a neutral space which respected both the Christian and Muslim heritage of the ancient building, which dates back to the sixth century.

A Turkish court last week heard a case aimed at converting the building back into a mosque and will announce its verdict later this month.

The court case, brought by an NGO for preserving historic monuments, disputes the legality of the 1934 decision.