Russia called off the patrol following the blast near the town of Ariha in Idlib province, which damaged one Russian and one Turkish armored personnel carrier, the Russian ministry said.

The Russian statement said an unspecified number of Turkish troops were also hurt. Two sources said there were no Turkish casualties in the attack.

Russia was evacuating its equipment from the area and moving its troops to the Hmeimim air base where some of them would receive treatment, the Russian statement said.

Turkey and Russia, which back opposing sides in Syria's war, agreed in March on a ceasefire and joint patrols.

Ankara backs rebels fighting against President Bashar al-Assad, and Moscow supports Damascus. The patrols take place in a "de-escalation zone" intended to serve as a buffer between government forces and opposition fighters in the last major area still held by the rebels after nine years of civil war.

An unconfirmed social media video of the attack circulated by Russia's RIA news agency showed a powerful explosion right by a convoy of passing armoured vehicles.

Bomb attack against the Turkish - Russian joint patrol in Idlib via @leventkemaI pic.twitter.com/tDwTU9Aivh

Russia has repeatedly noted that the patrols are unsafe due to potential attacks by militants. Due to this, the length of the first route has been shortened.

The Russian Defense Ministry on March 23 said Turkey has vowed to neutralize radical elements that impede the patrols. 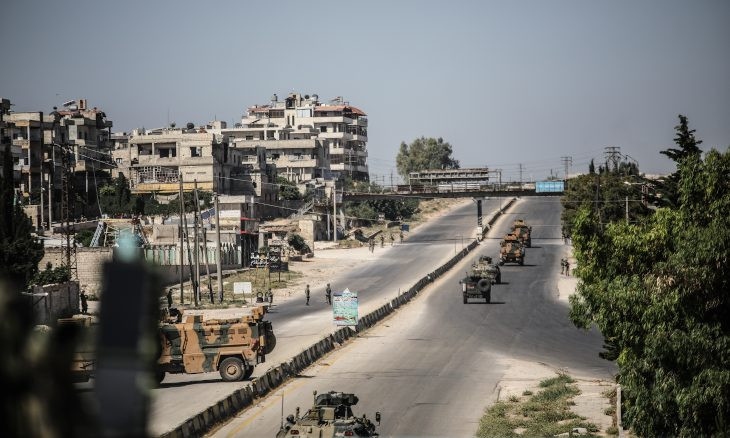