French President Emmanuel Macron on July 23 demanded EU sanctions against Turkey for "violations" of Greek and Cypriot waters and said the European Union should act over the crisis in Libya amid increasing Eastern Mediterranean tensions.

Turkey and Greece are at loggerheads over overlapping claims for natural gas reserves, brought into sharp focus by attempts of EU member Cyprus to explore for gas in the Eastern Mediterranean amid strong Turkish objections.

Macron's comments came after Turkey's navy on July 21 issued an advisory for seismic surveys in an area of sea between Cyprus and Crete, a move Greece said was an attempt by Ankara to encroach on its continental shelf.

It also comes as relations between Paris and Ankara, two NATO allies, fray, with Paris repeatedly pointing the finger at Ankara over its role in Libya. 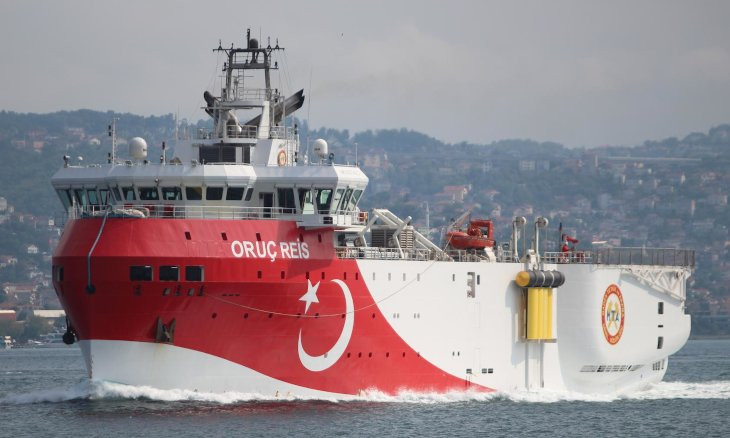 "I stand fully behind Cyprus and Greece in the face of the Turkish violations of their sovereignty. It is unacceptable that the maritime space of [EU] member states be violated and threatened," Macron told reporters alongside his Cypriot counterpart, Nicos Anastasiades.

"Those who are doing that must be sanctioned."

He said it would be a "serious mistake" for the EU to not respond.

Presidential spokesperson İbrahim Kalın told a think-tank event in Brussels on July 23: "Using the language of threats of sanctions will never fly here and will have no impact on Turkey's sovereignty or determination in pursuing the national interest."

On July 13, EU foreign ministers agreed to prepare additional listings within the existing sanctions framework on Turkey's drilling in the Eastern Mediterranean, as requested by Cyprus. 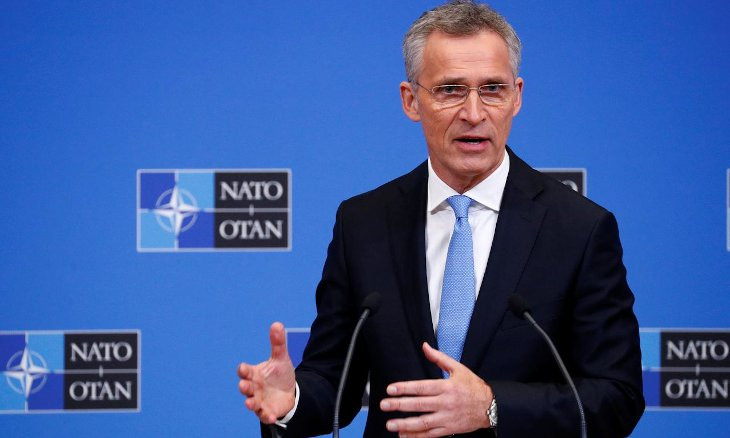 Macron has also criticised Turkey for months over Ankara's role in Libya, and on July 23 said the EU should now push for sanctions. He did not identify nations or people that should be penalized for their involvement in the North African country's conflict.

"It [sanctions] is necessary to obtain a ceasefire and begin a real dynamic towards a political solution to the Libyan conflict," he said.

Russia and Turkey are the key players in Libya's conflict, where they support opposing sides. Russia, the United Arab Emirates and Egypt back the eastern-based forces of Khalifa Haftar, while Turkey has helped the Tripoli-based Government of National Accord (GNA) repel Haftar's attempt to storm the capital.

Turkey accuses France of supporting Haftar politically, having previously given him military assistance to fight Islamist militants. Paris denies this.

Separately, German media reports have said that German Chancellor Angela Merkel was instrumental in preventing a military confrontation between Greece and Turkey late on July 21.

The newspaper, citing anonymous sources in the German Chancellery, described in dramatic tones the moments that unfolded after the announcement of the Turkish NAVTEX for the explorations south of Kastellorizo. 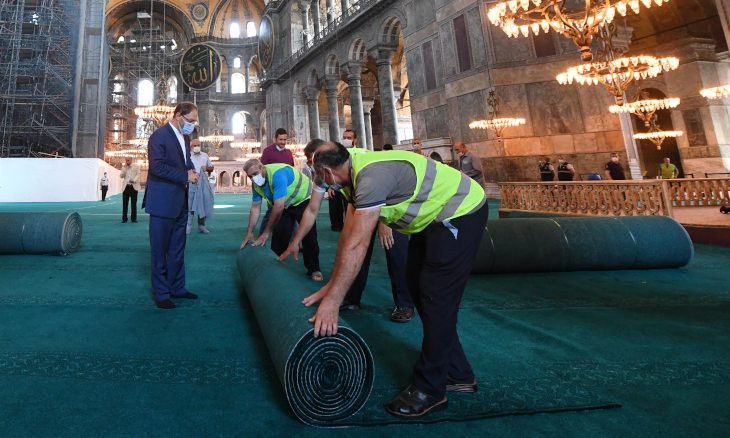 It said that 18 Turkish ships had set sail for Kastellorizo and claims that developments were reminiscent of the events of the Cuban Missile Crisis in 1962, with warships from the two opposing countries “flirting” with conflict.

It added that Greek naval forces were also sent toward Kastellorizo to defend the country’s sovereignty. At noon on July 21, the Greek Navy declared a state of alarm.

“All the summer vacations of military personnel were suspended”, the statement read, while the Chief of the General Staff of the National Defense, Konstantinos Floros, hurriedly returned from Cyprus.

As the military situation was escalating, fighter jets were also on standby to intervene. Two F-16 fighter jets from the Turkish Air Force had earlier in the day flew over Kastellorizo, Bild said.

“A situation was developing that could have led at any time to escalation between the two NATO countries,” the paper said. 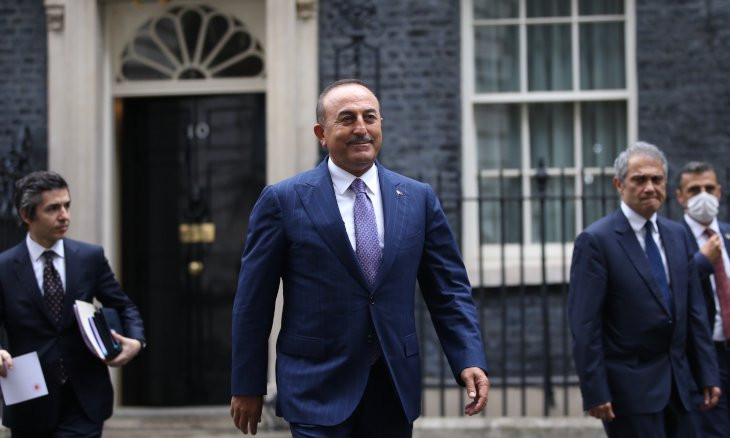 The contacts were completed “successfully,” according to Bild. The Turkish fleet turned and headed in another direction, it added.

Berlin confirmed that Merkel had telephone discussions with the leaders of Greece and Turkey late on July 21.

Spokeswoman Ulrike Demer said that Merkel and Erdoğan discussed “various issues, especially the situation in Libya and the Aegean and the Eastern Mediterranean, as well as various bilateral issues.”

Asked specifically if the Turkish drilling was a topic of conversation with the Turkish President, Demer said: “I can confirm that the issue was the Eastern Mediterranean."

"Our position on the principle of drilling, on the issue of maritime borders and the exploitation of natural resources in the Eastern Mediterranean, is well known. There is also a decision on EU sanctions,” she said.