The Syrian government has announced that it will build a replica of Istanbul's iconic Hagia Sophia, Lebanon’s Al-Modon media reported. The move comes after the Turkish government's conversion of the Byzantine structure into a mosque.

Russia, a major ally of Syria’s Bashar al-Assad, will assist in building the mini Hagia Sophia in city of Al-Suqaylabiyah to show the importance of “peaceful dialogue” between faiths, The Moscow Times reported.

Al-Suqaylabiyah is a Greek Orthodox Christian-majority city in the central Syrian province of Hama.

Russia will help Syria construct a replica of the Hagia Sophia that will operate as an Orthodox cathedral after Turkey converted the museum into a mosque this monthhttps://t.co/99rUk1p6hX

"Syria, unlike Turkey, is a country that clearly shows the possibility of peaceful and positive interfaith dialogue," Russian lawmaker Vitaly Milonov told the state-run RIA Novosti news agency earlier this month. “President Bashar al-Assad would never transfer a cathedral from one denomination to another.” 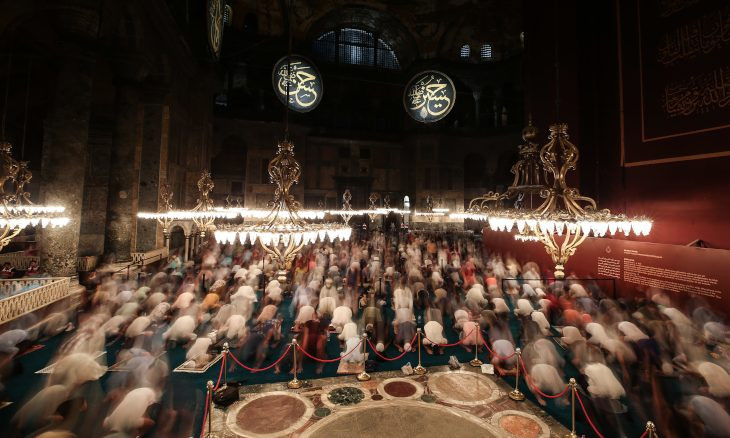 Turkey 'promised to discuss restoration of Hagia Sophia with UNESCO'

Abdullah presented his plans to the Russian military after obtaining approval from the metropolitan bishop of the Greek Orthodox Church in Hama, according to Al-Modon.

“I think that all of Russia will want to help. This will truly be a landmark event for all Orthodox people; I am sure that every Orthodox Christian wants his name to be inscribed in at least a stone or brick of the new Hagia Sophia,” Milonov said.

Opposition activists told Al-Modon that the Russian government's support for the project is part of an attempt to justify its intervention in Syria by highlighting links between the Christian population and Russia.

Hagia Sophia is nearly 1,500 years old and was one of the most exalted seats of Christian and then Muslim worship in the world, meaning that the change to its status has profound repercussions for followers of both faiths. It is also a UNESCO World Heritage Site.

In 1934 Turkey’s first president, Mustafa Kemal Atatürk, forging a secular republic out of the defeated Ottoman Empire, converted Hagia Sophia into a museum.

Earlier in July, a Turkish court annulled its museum status, paving the way for President Recep Tayyip Erdoğan to designate it a mosque. 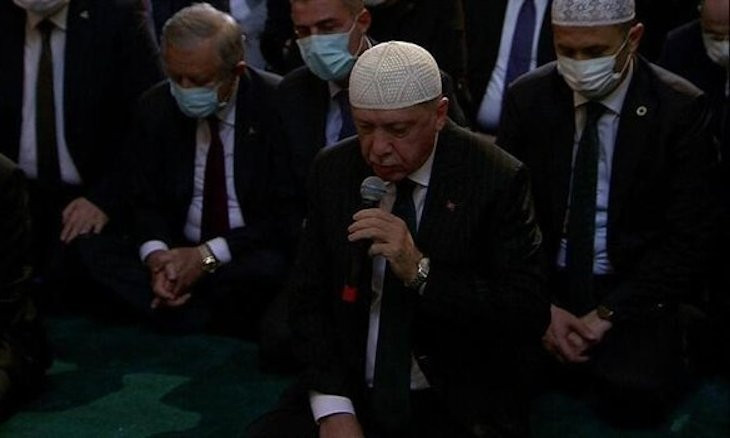