No Kurd would accept being a legionary of imperialists, ruling Justice and Development Party (AKP) spokesperson Ömer Çelik has said in response to U.S. Democratic presidential contender Joe Biden's past remarks.

Biden’s comments to New York Times editors, where he advocated a new U.S. approach to the “autocrat” President Recep Tayyip Erdoğan and support for opposition parties, resurfaced in a video that made him the most popular topic on Twitter in Turkey on Aug. 15.

In the video, Biden says the U.S. should adopt an approach against Erdoğan which makes “it clear that we are in a position where we have a way which was working for a while to integrate the Kurdish population who wanted to participate in the process in their parliament, etc. Because we have to speak out about what we in fact think is wrong.”

Çelik on Aug. 18 deemed Biden's remarks "a major attack against Kurds" and said that he aims to show the Kurds as his employees or an extension of his policies via referring to them as members of the Kurdistan Workers' Party (PKK). 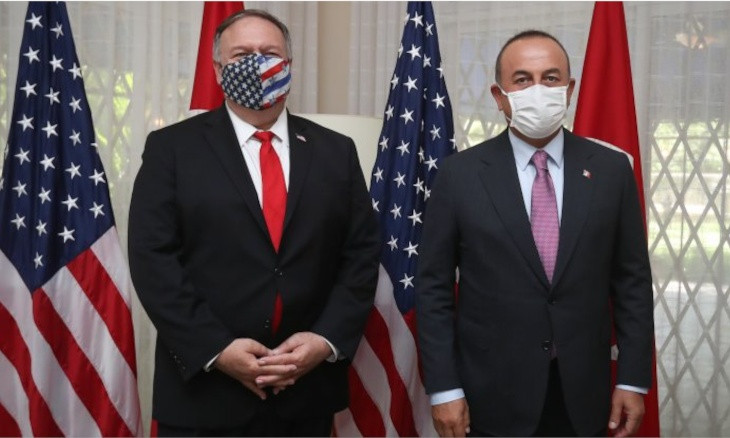 Çavuşoğlu to Biden: Who are you to say US made it possible for Kurds to enter parliament?

"They may have done this in the past over some groups. They continue to do so with terrorist organizations, but no Kurd in Turkey and the region would accept being a legionary of this imperialist politics," Çelik said, referring to the U.S. support for the Syrian Democratic Forces (SDF), which is led by the People's Protection Units (YPG) - the PKK's Syrian affiliate.

"Everyone would condemn this policy. This game was played for a long time. Those who didn't send their own children to wars used the children of the Middle East for their own interests and destroyed them," Çelik added.

Turkey perceives the YPG as a terror group due to its links with the PKK - a group designated as terrorist by Ankara, Washington and the European Union.