After a summit of Mediterranean leaders, French President Emmanuel Macron has said that Europe wants to renew dialogue with Turkey amid heightened tensions over the Eastern Mediterranean.

Macronhowever also warned that Turkey was "no longer a partner in theregion" of the Eastern Mediterranean due to its behaviour.

"We Europeans need to be clear and firm with the government of president Erdoğan, which today is behaving in an unacceptable manner," Macron said. 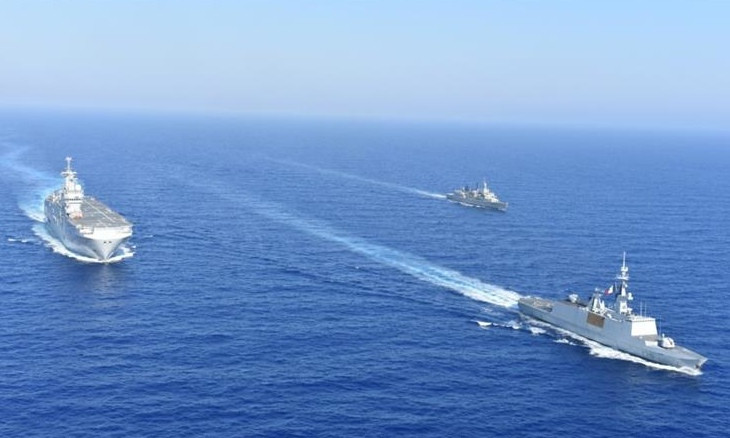 Followingthe summit, the EU's Mediterranean states said in a statement thatthe EU will draw up a list of new sanctions on Turkey atthe end of September unless Ankara comes to the negotiating table toresolve the Eastern Mediterrenean issue.

"We maintain that in the absence of progress in engaging Turkey into a dialogue and unless it ends its unilateral activities, the EU is ready to develop a list of further restrictive measures that could be discussed at the European Council of Sept 24-25," the communique said.

The position of the seven EU states does not necessarily reflect the stance of the whole bloc.

Cyprus' proposal in June to impose EU sanctions on more Turkish companies and individuals has not been approved as many EU states, including Germany, want to defuse the Turkey stand-off through dialogue.

Speaking at a news conference at the end of the Corsica summit, Greek Prime Minister Kyriakos Mitsotakis said Ankara still has time to end its exploration activities in non-demarcated maritime zones before the EU summit later this month.

"We will avert Turkey's attempt to divide Europe," he said, adding that Greece has been fulfilling its duty in protecting EU borders and expects solidarity in return.