A report prepared by the main opposition Republican People's Party (CHP) has focused on the changes in the stances of President Recep Tayyip Erdoğan and his ruling Justice and Development Party (AKP) regarding China's treatment of the Uyghurs.

While Erdoğan and the AKP have turned a blind eye to China's increasing persecution of its Uyghurs amid growing economic ties between the countries, Erdoğan had himself referred to China's treatment of the Uyghurs in 2009 as a genocide.

The Uyghurs are a Muslim-Turkic ethnic group with roots in the Xinjiang region of northwestern China, which Uyghurs refer to as East Turkestan, and have faced suppression and forced assimilation for years, resulting in a diaspora that includes tens of thousands of Uyghurs living in Istanbul alone.

Though considered to be Turkic kin by many in Turkey, critics have accused Erdoğan of remaining silent on the matter due to the strengthened economic ties between Ankara and Beijing. 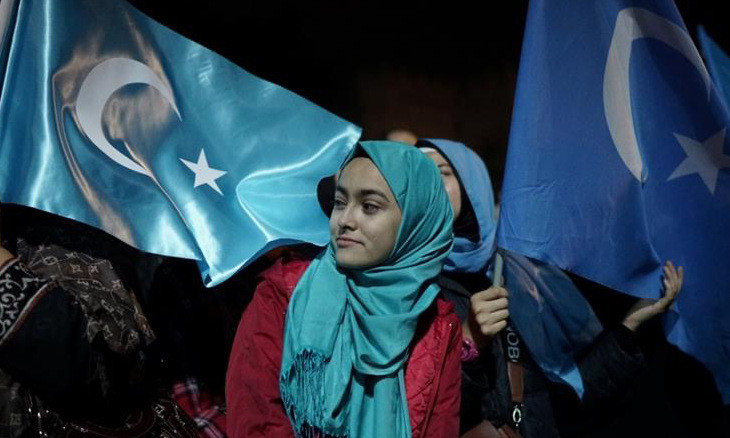 'Sanctions on China should have come from Turkey first'

The U.S. representative of the CHP, Yurter Özcan, prepared a report on the issue titled “East Turkestan - Uyghur Turks: History, Identity and Politics.”

The reported pointed out that Erdoğan has softened his tone regarding China's treatment of the Uyghurs in recent years, and that Turkey failed to co-sign a statement signed by 23 countries including the U.S., the UK and Germany regarding the Uyghurs' persecution at the hands of the Chinese government.

“According to the Trade Ministry, the trade volume between the two countries has increased from $1.1 billion in 2001 to $23.6 million in 2018. Due to China's influence on the Turkish economy, the government fears that the economy will suffer if it takes a firm stance on the East Turkestan issue,” the report said.