Residents of Diyarbakır's Sur district were handed keys to luxury villas built on the land where their homes once stood on May 3, years after the state forcibly expropriated their lots to build a series of lavish homes in the historical neighborhood.

A 2016 project by the Housing Administration of Turkey (TOKİ) expropriated six neighborhoods in the historical Sur district, which had been practically destroyed after years of intense clashes between the Turkish military and the Kurdistan Workers' Party (PKK), dubbed a terrorist organization by Ankara, the European Union and the U.S.

The conflict displaced some 5,440 families, approximately 30,000 people, and when the fighting came to an end, bulldozers went in and flattened what was left for urbanization projects.

Among the 28 households that were displaced in the Alipaşa and Lalabey neighborhoods and were able to enter their new residences on May 3 are families who lost their homes during the 2015 and 2016 clashes between the military and the PKK.

Some residents spoke out during the handover ceremony on May 3, saying that they had been victims of attacks when they lost their homes, but that the government had further victimized them with the urban transformation project.

"Our homes were valued at 25,000 liras, but the new homes are 800,000 liras," one resident said during the ceremony, speaking out in support of a resident named Hasan Ölmez.

Another resident who was located in a home in the Alipaşa neighborhood, Birsel Güldalı, was disappointed in the quality of the home decor in the luxury villa.

The kitchen cupboard was made out of dry wood, the infrastructure was lacking and there was no heating system in the home she was handed, Güldalı said.

Güldalı's family also went into 450,000 liras' debt to be able to afford the new home, she said, adding that her old home was an ancient Diyarbakır house with a terrace, a yard and its own private water well.

"Our home was valued at 170,000 liras. Now they gave us barren four walls for a home; it doesn't come close to our old home and isn't habitable," Güldalı said.

None of the residents of the Sur district could afford to pay back the sums required to pay off the luxury villas, a resident named Mehmet said, adding that many of the locals agreed to the deals in hopes of renting out the spaces they were handed.

"But now, they gave us these houses without even finishing them. You couldn't even stay in there if you wanted to," Mehmet noted.

Environment and Urbanization Diyarbakır Director Ufuk Nurullah Bilgin said that the state has so far signed contracts with 302 former residents of the Sur district, and paid some seven million liras in rent aid. 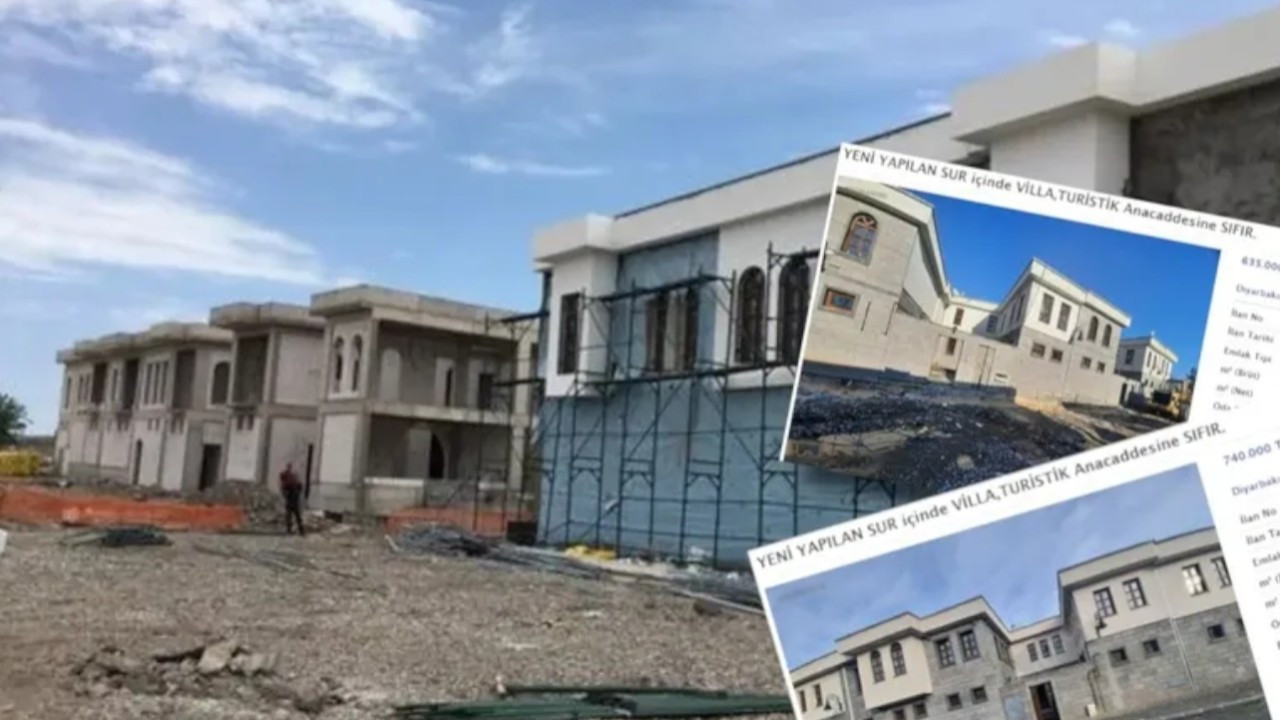